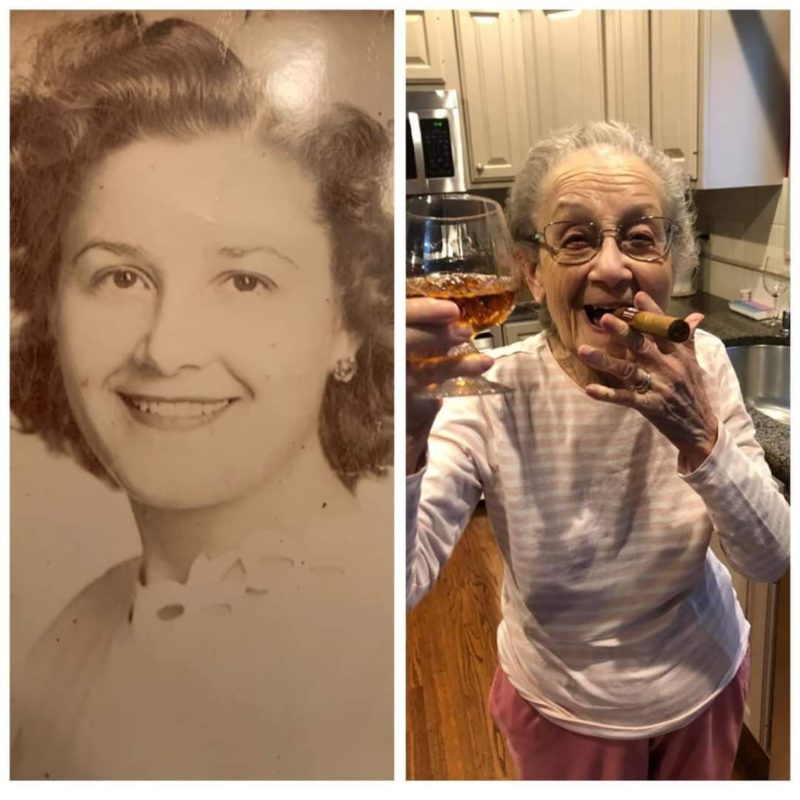 Virginia “Jeannie” DiGeronimo Cosgrove turned 100 on Friday, February 12th. And although she now lives with her daughter Jeanny Race, at Race Farm in Blairstown, she celebrated her big day by wearing a Montclair sweatshirt, because Montclair was where she was born and raised as part of a very big family.

Cosgrove was born at #12 Willowdale Avenue. Her mother was one of two sisters who married two brothers from Italy. Combined, the two families had two dozen children and for years, both families lived together in the Willowdale Avenue house — four kids to a bed.

One of those children was Molly DiGeronimo DeCarlo, Jeannie’s cousin, who grew up with her on Willowdale Avenue. She turned 102 in December 2020. Molly was born in 1918 and she lived through the Spanish influenza, but an older sister passed away from it four day after she was born.

Both Cosgrove and DeCarlo, in a video for Montclair History Center with Donato DiGeronimo, a relative and MHC board member, described life in Montclair back in the day. Cosgrove remembers getting an ice cream cone for nickel or going to the Wellmont Theater for a dime. All the DiGeronimo children spent lots of time in Glenfied Park — her brothers would go to the Glen and swim in the brook after a rainstorm.

If you grew up in Montclair, you likely went to school with someone from the DiGeronimo family. Growing up, Cosgrove had dozens of friends, cousins and relative all living within a quarter of a mile of each other. One of the Gilbreth children was in her class at school; one of her sisters was in the same class with Buzz Aldrin. Today, descendants of the two Willowdale families have grown and many still live in Montclair, Cedar Grove, Bloomfield and Verona.

Cosgrove attend Glenfield and Montclair High School and later worked as a secretary at Montclair Community Hospital. Family members lived in Montclair on Orange Road and she later moved to Montclair Avenue and Carolin Road.

Race said that when her mother turned 100, she said that she feels the same as she did when she was 80. Cosgrove likes to stay busy and enjoys helping at the farm. Two of her sisters, ages 92 and 90, still live in Montclair.