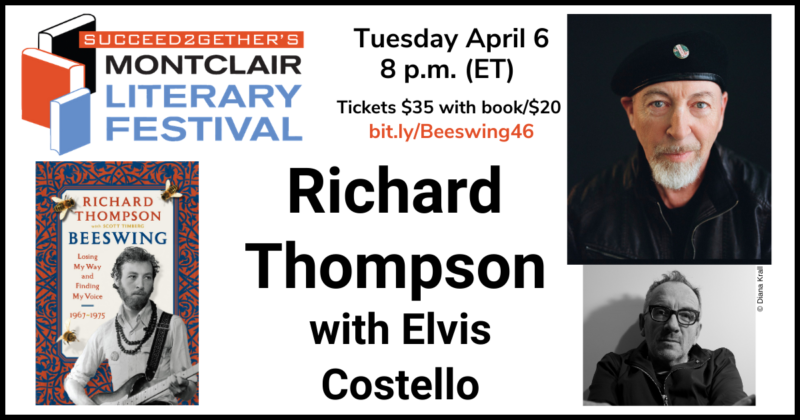 Montclair, N.J. – Join legendary singer and guitarist Richard Thompson for the launch of his memoir Beeswing: Losing My Voice and Finding My Way 1967-1975 with rock icon Elvis Costello on Tuesday April 6 at 8 p.m. (EST). This will be a LIVE conversation with music.

Beeswing is a moving and immersive memoir, in which Richard recreates the spirit of the 1960s, where he found, and then lost, and then found his way again. Covering the pivotal years from 1967 to 1975, and the formation of the band Fairport Convention. Beeswing vividly captures the early years of one of the world’s most significant and influential guitarists and songwriters.

“Thompson has a reputation as a guitarists’ guitarist and a top-notch singer-songwriter . . . With Beeswing, Thompson proves himself equally adept as a memoirist . . . Just as he has a knack for lyrics, Thompson has a way with words on the page, offering colorful portraits of his contemporaries and collaborators . . . Thompson’s humor and insight also shine. He evocatively recreates a time and place, and, like his shows, his memoir leaves you wanting more.”—Booklist. 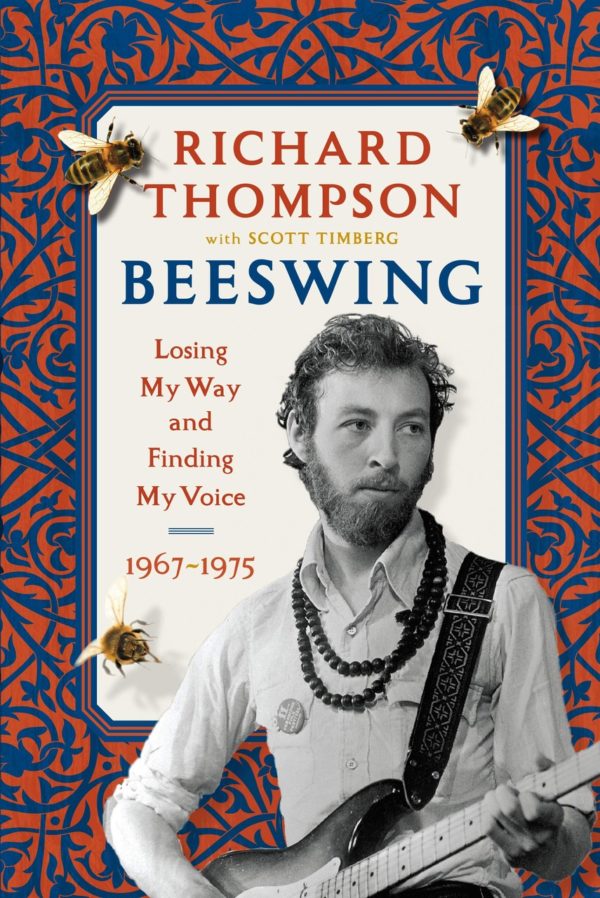 Tickets are $35 and include a copy of the book (value $28). The first 100 people to register will receive a signed copy of the book. Online event-only tickets are available for $20. The event will be held on Crowdcast and a sign-up link will be sent after ticket purchase.

Books can be picked up at Festival partner Watchung Booksellers in Montclair, or shipped to your home address (additional cost, select option when selecting ticket; shipping only available within the US).

Richard Thompson is considered one of the top guitarists of all time. His widely beloved early work within the band Fairport Convention revived British folk traditions, and his duet albums and performances with Linda Thompson are legendary. His songs have been covered by Elvis Costello, David Byrne, Bonnie Raitt, Emmylou Harris, and REM, among others. He continues to write and perform, and to tour widely. He lives in Montclair, New Jersey.

Elvis Costello is an iconic English singer-songwriter, with a record catalogue of more than 30 albums. Best known for his songs “Alison,” “Pump It Up,” and “Everyday I Write The Book,” Costello has won numerous awards, including two Ivor Novello Awards for songwriting, a BAFTA, and two Grammys. He was inducted into the Rock and Roll Hall of Fame with his band, The Attractions in 2003, and into the Songwriter’s Hall of Fame in 2016. In 2019, Costello was awarded an Order of the British Empire for his services to music; and was announced as a recipient of a Hollywood Walk of Fame star in 2020.

This is a special event for Succeed2gether’s Montclair Literary Festival with event partner Outpost in the Burbs. The fifth annual Festival is planned for Saturday October 2, 2021, with in-person and online events.

The Montclair Literary Festival raises funds and awareness for the work of Succeed2gether, www.succeed2gether.org. 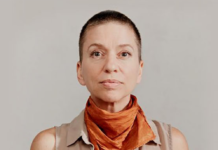 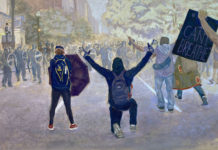