Kolbert will discuss her acclaimed new book, “Under A White Sky: The Nature of the Future.” This will be the fifth event for the Winter/Spring 2021 season of Open Book / Open Mind Online, the live webcast version of MPL’s popular, long-running literary conversation series. After the discussion, audience members will participate in a virtual Q&A session with the author.

Elizabeth Kolbert is a leading observer of our fast-evolving planet — and humanity’s contributions to those drastic changes. Best known for her Pulitzer Prize-winning book “The Sixth Extinction: An Unnatural History,” Kolbert has been a staff writer at The New Yorker for more than 20 years, contributing her signature award-winning articles about the “Anthropocene era,” the period during which human activity has dominated our climate and our environment. Previously, she worked at the New York Times, where she served as the paper’s Albany bureau chief. Kolbert’s other books include “The Prophet of Love: And Other Tales of Power and Deceit” and “Field Notes from a Catastrophe.” She lives in Massachusetts.

“Under A White Sky: The Nature of the Future” was published on February 9, 2021. You can borrow it through the library or buy it at Watchung Booksellers in Montclair.

“Kolbert covers interventions on the cutting edge of science, such as “assisted evolution,” which would help coral reefs endure warmer oceans. Her style of immersive journalism (which involves being hit by a jumping carp, observing coral sex, and watching as millennia-old ice is pulled from the ice sheets of Greenland) makes apparent the challenges of “the whole-earth transformation” currently underway. This investigation of global change is brilliantly executed and urgently necessary.”—Publishers Weekly

Michelle Nijhuis, the author of “Beloved Beasts: Fighting for Life in an Age of Extinction,” is a project editor at The Atlantic magazine, a contributing editor at High Country News, and an award-winning reporter whose work has been published in National Geographic and The New Times Magazine. She is co-editor of The Science Writers’ Handbook and lives in White Salmon, Washington.Magazine. 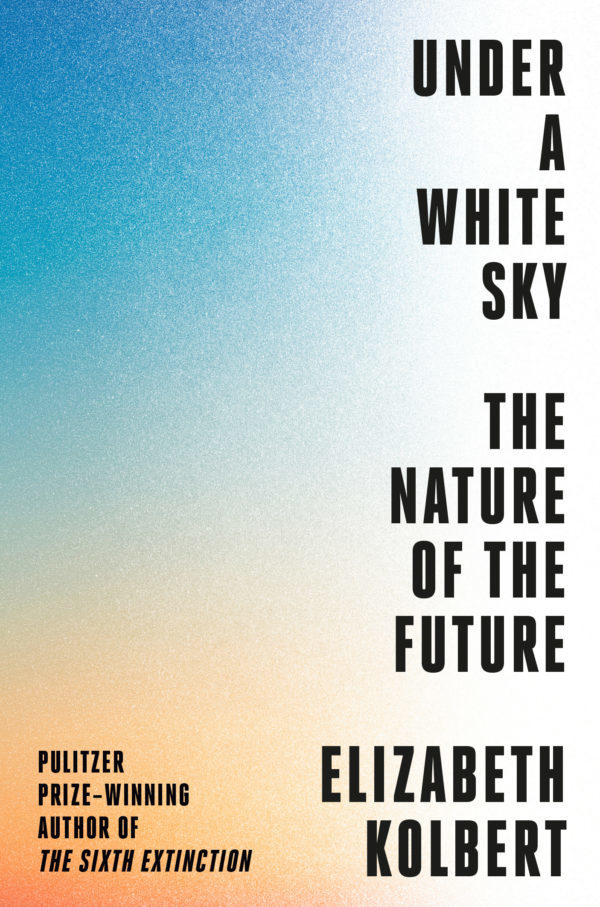