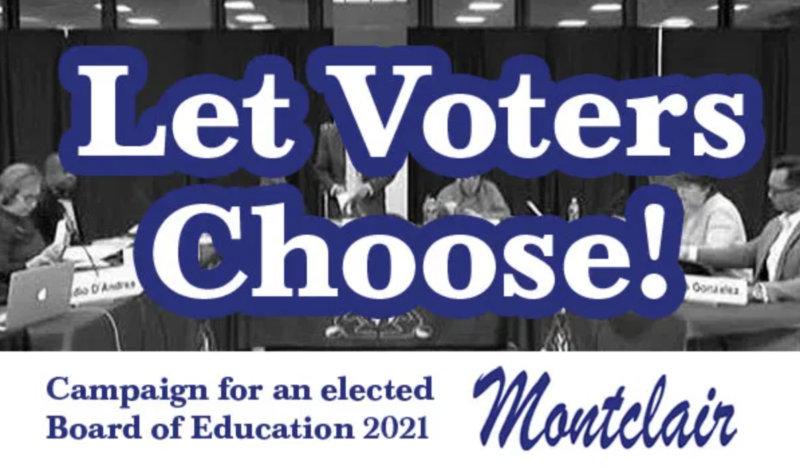 An official petition was launched Saturday seeking a referendum for an elected Board of Education in Montclair. The petition appears on the website of Vote Montclair, an independent civic group started in 2020 with the aim of increasing voter participation in the Township. 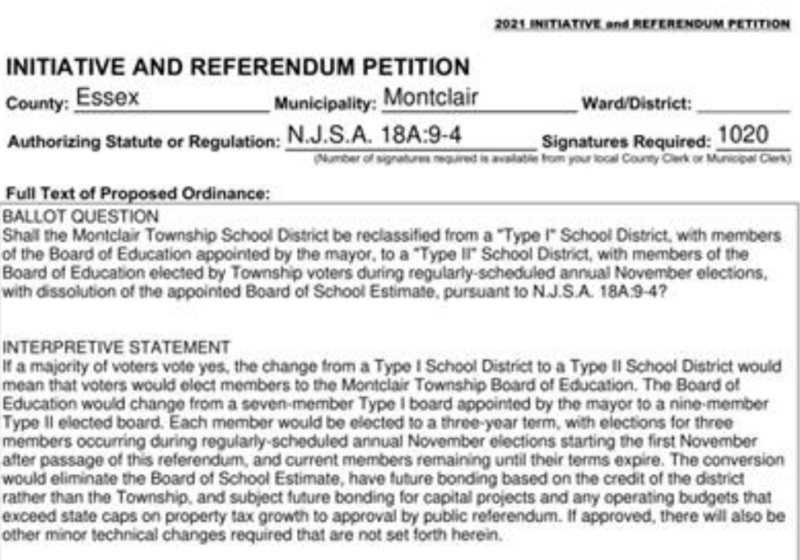 The official Committee of Petitioners is led by campaign co-chair Jason Sargis, and consists of “a diverse and engaged group of community members who believe Montclair should join the 97% of New Jersey municipalities where voters rather than politicians choose who sits on the BOE,” according to Vote Montclair.

“What we’ve seen over the last few years is that the time has come for the people themselves to decide who represents them in setting educational policy,” said Committee member Reggie Valentine, who is a product of the Montclair Public Schools and is now president of the PTA at Nishuane and a board member of the Montclair Community Pre-K. In addition to Sargis and Valentine, the Committee includes retired educator Beatrice Price, longtime PTA and community leader Selma Avdicevic, and Rodolfo Valdez.

Under state law, the petition must garner a number of signatures exceeding 15% of the votes cast in the most recent election for state assembly in the district to trigger a referendum on converting Montclair’s school district from an unelected “Type I” model to an elected “Type II” model. This works out to 1,020 signatures though Vote Montclair’s campaign organizers aim to collect at least double that.

The Township of Montclair is currently one of only 11 out of 565 municipalities in New Jersey where members of the local Board of Education are appointed by the mayor rather than elected by popular vote. The League of Women Voters has released a statement in favor of maintaining an appointed BOE in Montclair, adding that past referenda on this issue were held in 1963, 1969, 1971, 1995 and, most recently, 2009 – and all were unsuccessful.