Montclair, N.J. – Olivia Karny first picked up skateboarding about a year ago. New to the skate world, she quickly realized the struggles of being a female in the male-dominated sport.

“There are girls who do get sexually assaulted and harassed at skate parks,” she said. So, the Montclair High School senior hatched a plan to enact change. 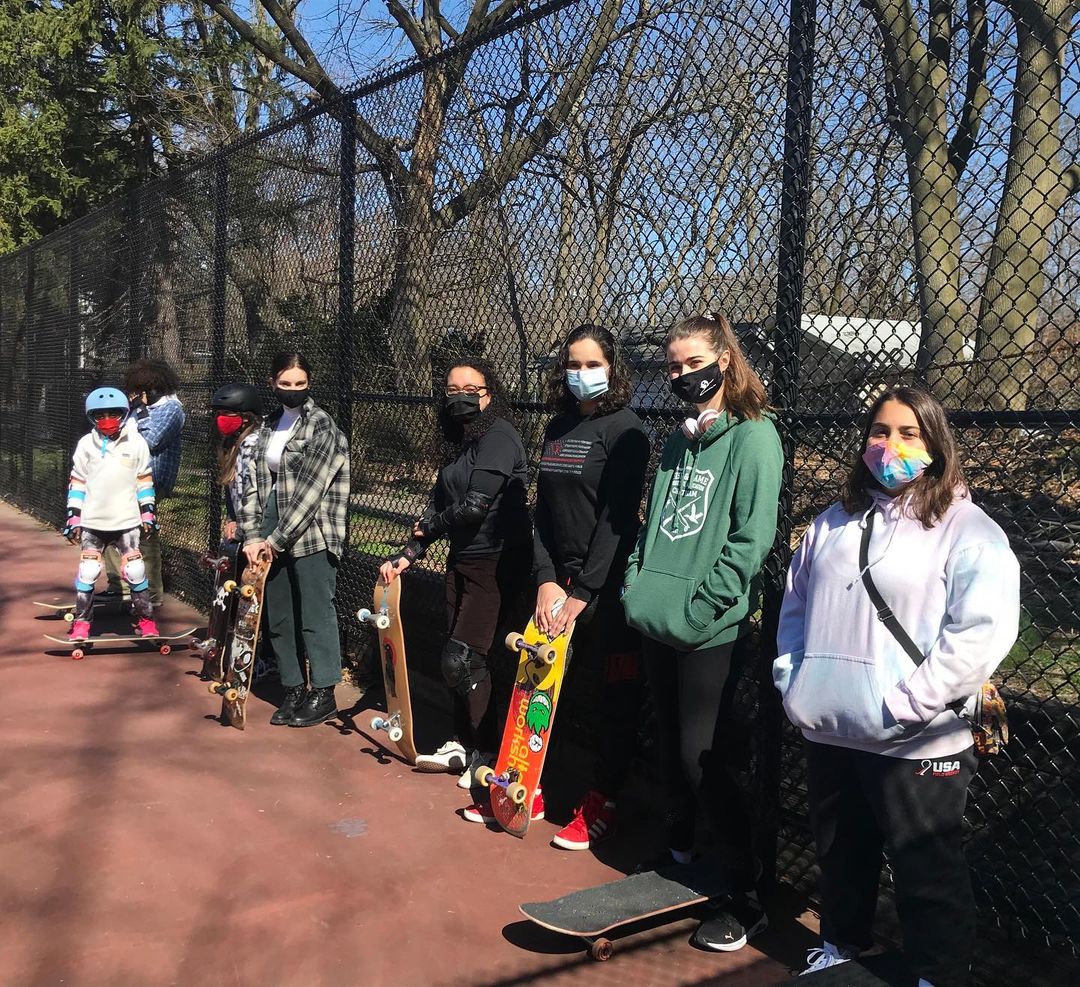 She founded Boardroom Skate, an organization aimed at building a community of women and non-binary skateboarders and providing them a safe place to skate. Now, Boardroom Skate holds sessions for females and non-binary folx only every Saturday morning from 10 a.m. to 12 p.m. at the pop-up skate park on the tennis courts near Rand Park in Montclair. No registration is required at this time.

“It really gives girls a safe place and a place to grow their confidence, and build new friendships with people like them. It’s really empowering,” said Sophie Chapman, a junior at MHS who runs Boardroom Skate alongside Karny.

For Karny, the point of holding a girls-only skate session was not to exclude boys from the park, but instead to be a stepping stone that provides an outlet to bring more females into the community.

“The point of Boardroom Skate was not to take the men out of the equation, but instead to just bring girls into the equation, add them to it, make it better,” Karny said.

Her hope is that over time, more girls will start to get more comfortable and stay past the designated girls-only skate hours, to form an integrated skate community in Montclair.

The age range of Boardroom Skate varies greatly with participation from girls and women of all ages. Boardroom Skate sessions are also open to female and non-binary residents of any town.

Meeting new friends from other towns is one of the best parts of being involved in Boardroom Skate, according to Chapman.

“I would’ve never known any of [these skaters] outside of Boardroom. I would’ve never talked to them or seen them since they live in different towns. It’s just really nice to have these amazing friendships with people who share this common interest,” she said.

The skate sessions also give younger girls the opportunity to be mentored by the older crowd, not just in skateboarding, but in life.

“The fact that they’re learning to be this powerful in a sport where they could potentially get really hurt and they’re taking that risk anyway and having that ambition… it’s only going to make them more ambitious when they want to go to work or do jobs that have mainly been male-dominated,” Karny said. “I think that’s one of the most empowering things about it, we’re teaching them these life lessons even though they may not realize it.” 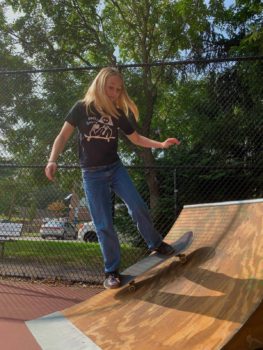 Boardroom Skate sessions are open to all levels of skateboarders and beginners are encouraged to come by. There are also extra boards and safety equipment available for use in a limited supply. The organization also accepts donations and sells merchandise during sessions to raise money for water, extra boards and protective gear to lend out as well as new obstacles for the park.

“It’s such a great thing to see all these younger girls pick up on a sport that we gave them an opportunity and space to have,” Chapman said.