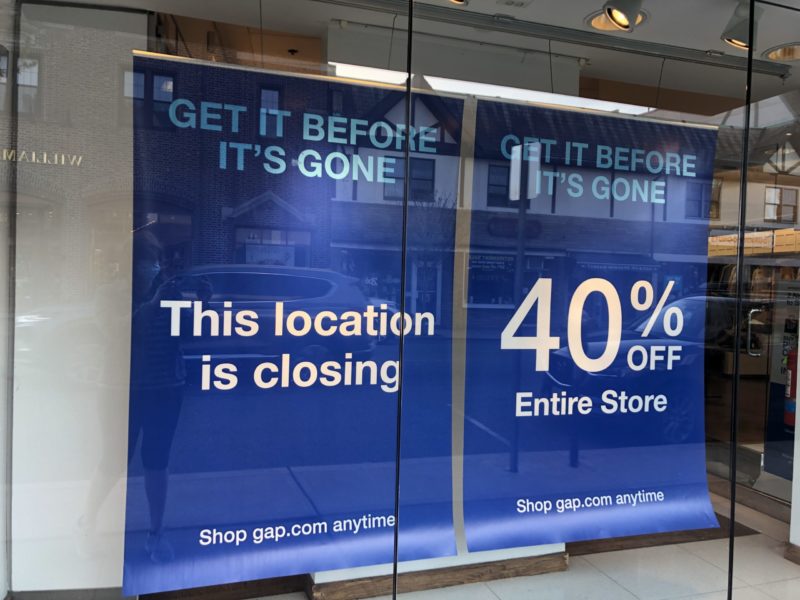 It’s been part of the fabric of Upper Montclair for decades, but now the Gap store on Valley Road will soon be a memory. Gap had recently announced plans to close more than 100 Gap and Banana Republic stores globally, but the writing has been on the wall for the Upper Montclair location since it was listed back in October 2019.

The Gap in Upper Montclair is slated to close on April 23. Inventory is currently marked down to 40 percent off.

What will come to the Gap space? There are rumblings of an Orange Theory or a bike store, but nothing confirmed.

The Gap, as a chain store, may not spark the outcry that the closing of the nostalgic Olympic Shop (a small department store opened by former sprint champion Mickey Francoise that closed in 2006) did, or more recently, Murph’s Sport Shop in 2016. Yet, as an anchor store in Upper Montclair, it offered a chance to grab staple items — a white button down shirt for a school event, a belt, a pair of jeans — that will be missed.