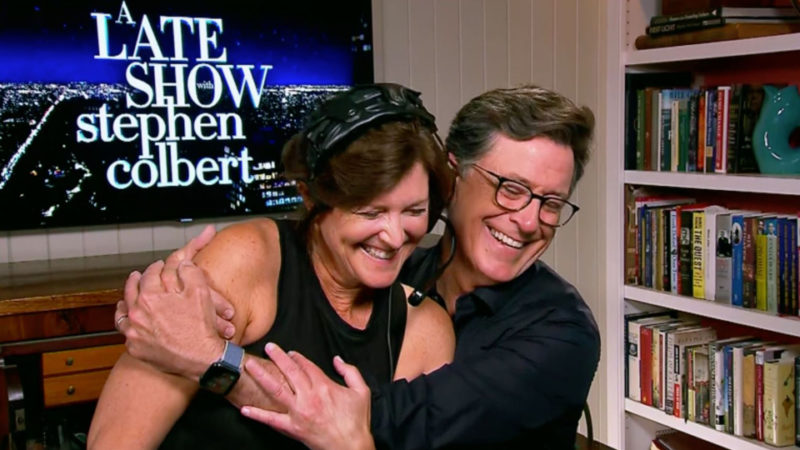 “Stephen and I are looking forward to a fun evening on May 7th,“ said Montclair Film Board president Evie Colbert. “Film and arts organizations have worked very hard to sustain their programs during the challenges of the pandemic, and so support is now more vital than ever. We hope everyone will join us in supporting Montclair Film as we make plans for a bright future.”

“I am very excited to sit down with the Colberts to discuss a wide range of topics, from their cinematic passions, to festival highlights, to Executive Producing IN & OF ITSELF, to a behind the scenes look at their collaboration this past year to bring A LATE SHOW WITH STEPHEN COLBERT to audiences from their home,” said Montclair Film Executive Director Tom Hall. “Our annual fundraiser is key to sustaining our organization, and we’re incredibly grateful to Evie and Stephen for their enduring support.”

Tickets for the virtual conversation, presented by Hackensack Meridian Mountainside Medical Center and Craig Newmark Philanthropies, begin at $50 and are available now at MontclairFilm.org, where you can find more information about the event, including details about donor and sponsor benefits and Montclair Film’s Virtual Cinema platform. Upper-level ticket holders will be invited to join the online cocktail party, receive delivery of VIP treats to enjoy during the show from Rao’s Homemade, Ironbound Hard Cider, All Points West Distillery and others to be announced, and be entered to win two (2) tickets to attend the first in-person live studio taping of THE LATE SHOW WITH STEPHEN COLBERT (date to be determined).