With his new album, Modern Sounds in Classical Music, Eric Heilner fully embodies the concept of “coming full circle.” His deep family legacy of classical music, including his father who was a member of Aaron Copland’s Young Composers Group and his sister who led the group Animal Logic, ensured Eric’s musical proclivities were always going to appear, and reappear, throughout his life.

As a child, Eric excelled at piano, and after college he toured with and opened for acts like The Byrds and a pre-iconic Bruce Springsteen. Soon, once age 30 arrived and “adulting” was expected, Eric moved away from music and settled into working in development for a software company. It wasn’t until 30 years later that Eric rediscovered a taste for performing when he stepped up to fill in for a missing piano player while at a Lunatic Fringe show. His return to rock performances continues to today — look for him at Ruthie’s! In addition, Eric rediscovered his classical roots and took piano classes at the Evening School at Juilliard and began to compose music himself. His new album, Modern Sounds in Classical Music, infuses classical music with rock & roll, R&B, and humor, taking listeners in a new direction for music. With six varied compositions, Heilner avoids traditional definitions of classical music without rejecting them completely. Eric Heilner sat down with Baristanet to discuss his new album.

Baristanet: This album, MODERN SOUNDS IN CLASSICAL MUSIC, was a three year project. Coming after so many local and national musical accomplishments, what prompted you to spend so much time and energy on composing and producing this album?

Eric Heilner: So much I could say.  After studying composition at The Juilliard Evening Division for a few years, my professors, Ray Lustig & Conrad Cummings, encouraged me to seek a wider audience. The first step was to join a composer society, first the Composers Collective and then later the New York Composer Circle (NYCC). Both organizations put on concerts, limiting members to one composition per concert or season, and using a collectively agreed upon instrumentation. Three of the pieces on the album were originally written for Composer Collective concerts – Short Story for Viola & Piano, Bounce #3, and The Source of The Beat.  As far as the three ‘episodes’ of the string quartet SQrt Season 1 go, this I started composing in my 3rd year at Juilliard.  Eventually Episode 1 was performed at a Composer Collective concert while Episode 2 was performed at an NYCC concert.

Near the end of 2017, after I had a few concerts under my belt, I mentioned the idea of an album to Ray Lustig, my professor. He was very encouraging and convinced me to take the recording plunge! 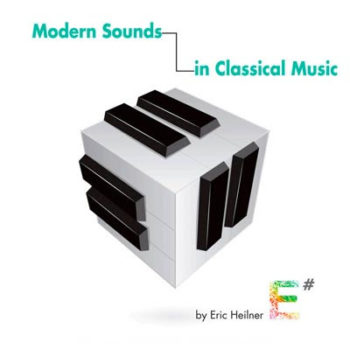 B: The six compositions on Modern Sounds in Classical Music have very different effects and overall moods. Even the three connected pieces of SQrt Season 1 share different impressions. How did you decide which instruments or styles to highlight in each piece?

EH: I let my producer, Jack Douglas (of John Lennon fame) pick out the material for the album. He chose Bounce #3, SQrt Season 1, and The Source of The Beat.  After we finished recording those he felt that to balance things out we needed one more piece which was either solo piano or a duo. I had written a bunch of new pieces in the intervening 9 months or so, so he listened again and choose Short Story for Viola & Piano.

B: Who is the ideal audience for this album? What can classical music aficionados gain from the pieces? And will rock and R&B fans recognize the influences throughout the album?

EH: Hmmm, tough questions. My ideal audience is people who appreciate both classical music and rock and R&B. You might be surprised at just how many rock & rollers enjoy listening to, say, Debussy. Most of my musician pals enjoy my stuff, but they pick up more on the rock influences. They recognize that SQrt Season 1, Episode 2  is in the style of a slow Stax ballad, they get the in joke of putting a reference to Dueling Banjoes at the beginning of Bounce #3, for example. On several occasions I’ve heard SQrt Season 1, Episode 1 being compared to the band Genesis.  I never listened much to Genesis, but I get the association.

B: Which composers and musical artists are your current influences?

EH: It’s difficult to pick out anyone in particular as an influence since my musical tastes are very broad. I love all the classical “big boys” like Bach, Mozart, and so on. For Jazz: Louie Armstrong, Miles, Duke Ellington, all the boogie-woogie piano players. The music of the 60’s is deeply embedded in my musical DNA, but if I had to pick out one particular person it would be bassist James Jamerson who likely played on nearly all of the greatest Motown hits. I’m deeply influenced by the Smithsonian field recordings of tribal African music, in particular that of the Dagomba kingdom of Ghana and the polyrhythmic music of the Bayaka.

Currently the NYC hip-hop station 105.1 is on heavy rotation. I’ve also been listening to a lot of Duke Ellington from the 30’s, Shostakovich, and the avant-garde jazz saxophonist Ornette Coleman. Ask me again a few months from now, and you would likely get a different answer.

B: How did you choose the wide array of musicians featured on the album? Any highlights?

EH: Since the music is all composed pretty much note for note, it was mostly a matter of picking musicians who would have the best “feel” for the music. Between Jack & Jay Messina (the lead engineer on the album) and myself, we had a wide range of people to pick from; we made collective decisions for each piece. I would highlight Teddy Kumpel who played guitar on Bounce #3. The guitar part called for switching from Country & Western to heavy metal to R&B to 60’s funk style. Teddy handled all of that, and he pulled off some amazing stuff in his choice of guitar sounds & rhythmic “chops.” 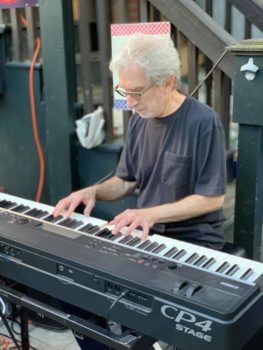 B: What can we expect from you moving forward? More compositions? Live shows? A little of everything?

EH: I’m hoping – as are we all – that things are going to open up a bit later this year, so I’m anticipating some more concerts in NYC and playing keyboards locally again. I’ve been on an extended composing “roll” for over a year and have a number of new compositions. I’m expanding my horizons and am working on pieces for full symphony orchestra, but it’s difficult to get anything performed at the level until you’ve made a name for yourself first. And I’m still continuing my studies over at the Juilliard Evening Division. So yes, a little of everything.

Modern Sounds in Classical Music is available for listening on all major digital platforms (Spotify, Amazon Music, YouTube) as well as for digital purchase on Bandcamp. If you want to stay up-to-date on when and where Eric Heilner’s compositions are being performed or where he’ll be playing keyboards locally, please sign up for his mailing list at www.ericheilner.com for monthly details and updates. Interested in having Eric Heilner playing piano at your party or event? He can be reached also via his website.

Tune In For Voting In New Jersey Tonight, Monday, May 10, With Essex County Clerk