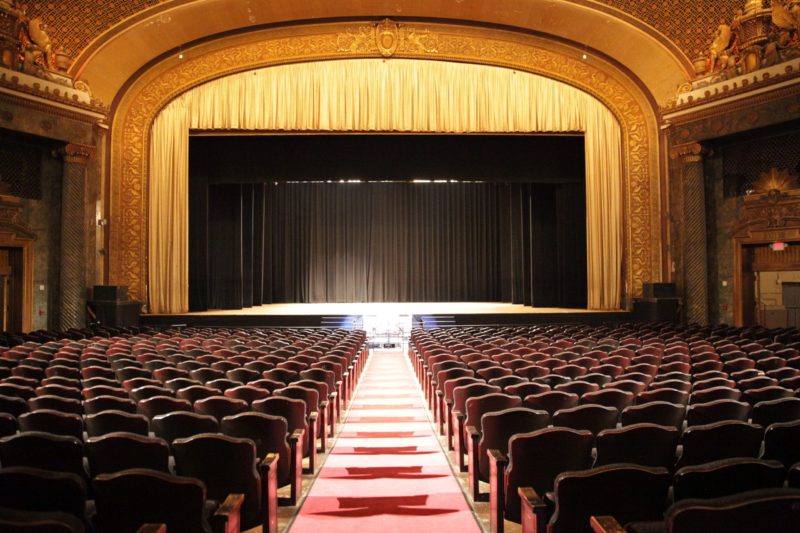 NEWARK, N.J. – Newark Symphony Hall (NSH), New Jersey’s largest Black-led arts and entertainment venue, has announced Yendor Theatre Company (YTC) as its first company-in-residence. YTC’s first production with the venue will be Richard Wesley’s “Black Terror,” co-produced by WACO Theater Center, which is based out of Los Angeles’ North Hollywood neighborhood. The production will be directed by WACO’s Co-Artistic Director, Richard Lawson, and will live-stream online this summer.

YTC will also be the first resident of The Lab at Newark Symphony Hall, a career accelerator and business incubator focused on the performing arts. The program is being launched with financial support from Newark Arts. YTC is a 2021 Black Seed grant winner – the first national initiative providing financial support for Black theatre companies across the country.

“We’re tremendously excited about the virtual staging of ‘Black Terror’ and know audiences will appreciate its timeless themes,” said Taneshia Nash Laird, president and CEO of NSH and show producer. She is also the sole Black female leader of a performing arts center in New Jersey.

She added: “We’re confident that while housed within our incubator, Yendor will see swift growth, utilizing various creative and professional resources we’ve made available.”

Wesley, the award-winning playwright, screenwriter and New York University professor, wrote “Black Terror” when he was just 26 years old. The gripping and militant depiction of Black revolution was originally staged as part of the Shakespeare Festival in New York City in 1971. A New York Times review hailed it as a “remarkable and provocative play – the kind of political play that needs to be written and demands to be seen by Black and white alike.”

“‘Black Terror’ was one of my first plays but continues to resonate both culturally and historically. I very much look forward to seeing it staged for an entirely new generation,” said Wesley, who also serves on the NSH board. “I’m grateful to the teams at Yendor, Newark Symphony Hall and WACO Theater Center for making this happen. I believe this is an important work, thematically, for audiences in Newark, L.A., and across the country.”

“We’re thankful to be part of this bi-coastal partnership, and look forward to working with the Symphony Hall, its company-in-residence and everyone involved in the program,” said WACO’s Lawson, co-artistic director alongside Tina Knowles Lawson, co-founder. “Through WACO programs, hundreds of artists and others learn to put their dreams into action. ‘Black Terror’ will be one step toward reaching that mark.”

Lawson will serve as director and will mentor and advise YTC’s Co-Founder, Andrew Binger. Both NSH and WACO will host bi-coastal calls for auditions, and each venue will cast half of the actors. Local performing artists are invited to register and become participants in the Lab at Newark Symphony Hall program. Applicants will receive access to training and career-advancing resources and opportunities.

“Our ‘Lab’ program/accelerator will benefit greatly from WACO’s involvement at our launch,” added Nash Laird. “For this event, let’s remember, Lawson and Wesley also have a 45-year history of collaboration, including Lawson appearing in the former’s ‘The Talented Tenth.’ The creative talent here is profound – and a wonderful match for Yendor’s production calendar.”

“Newark Symphony Hall has such a tremendous legacy here in the city of Newark, and theatre has played such an integral role in that history. We are excited to continue that tradition as a part of this accelerator lab,” said Binger of YTC. “I am grateful for Taneshia’s leadership, as well as the guidance of theatre giants, Richard Lawson and Richard Wesley. I am eager to do great work in support of Black and Brown theatre makers and serve Newark’s Black and Brown community.”

“Black Terror” is also a part of a new slate of virtual programming for NSH, including “Homegrown,” an interview-style series sharing the stories of prominent artists and entertainers born and raised in Newark. Guests will describe the impact and legacy of Brick City, along with their contributions to the entertainment industry.

The program kicks off with Tony Award-winning actress and longtime R&B recording artist, Melba Moore, on April 28. Moore earned a Tony Award in 1970 for her role as Lutiebelle in “Purlie.” She was also a 1971 Grammy Award nominee for “Best New Artist,” and in 1976 earned a similar nod for “Best R&B Vocal Performance” (“Lean on Me”). Moore racked up two additional Grammy nominations in 1986. That year, her album, “A Lot of Love,” peaked at No. 7 on Billboard’s U.S. R&B charts. 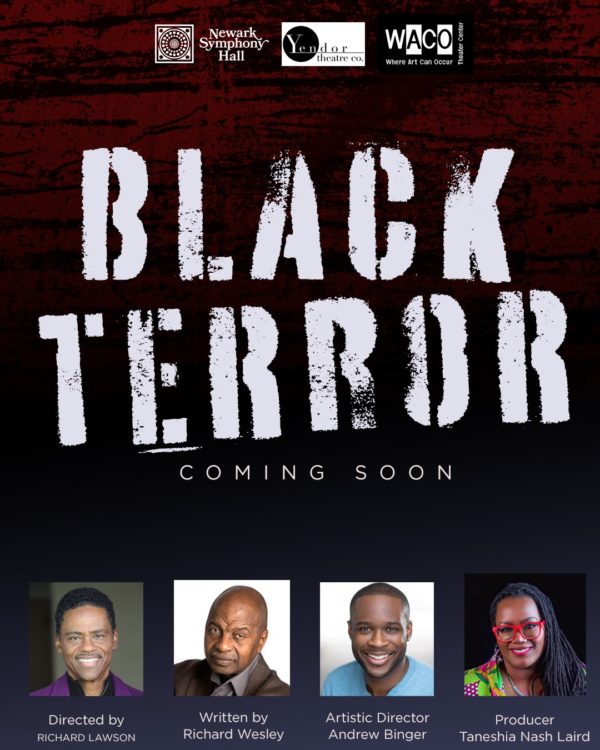