Home Featured Posts Years in the Making, The Moment Is Here For Essex-Hudson Greenway 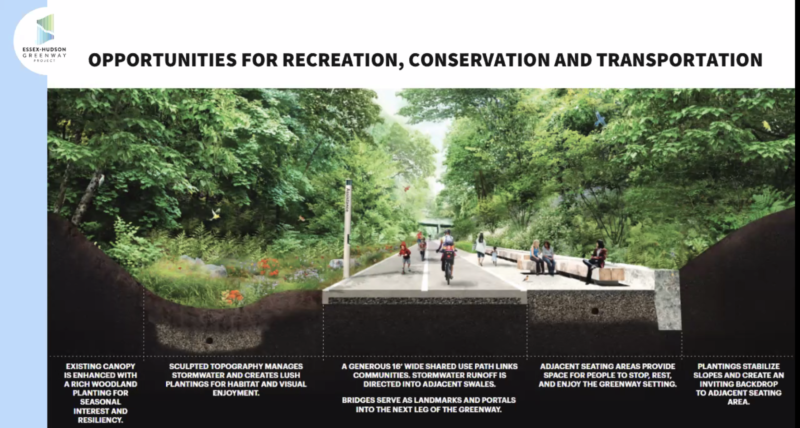 The answer is the Essex-Hudson Greenway Project, a vision to convert an old rail line into a linear park, and that vision has never been closer to becoming a reality than now. More than 150 residents tuned in to a virtual meeting Wednesday evening to learn more about the project and how it would impact Montclair.

The purchase price to buy the former rail line from Norfolk Southern is $65 million and the deal could happen by the end of 2021. 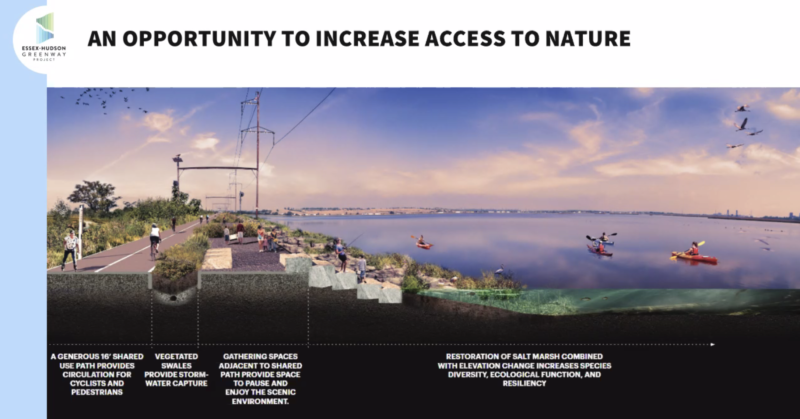 The 8.6 mile trail, once designed and completed, would add new green space to urban neighborhoods; provide a means of transportation for people to walk or bike to work in towns along the Greenway; and bring access to Branch Brook Park and open up access to outdoor recreation opportunities, including kayaking, near the Meadowlands.

The Open Space Institute (OSI) together with its partner the New Jersey Bike and Walk Coalition are currently exploring a number of different public funding sources to pay for the acquisition of the line. The development and management of the greenway will happen after the acquisition and could be paid for through a combination of public and private funds. 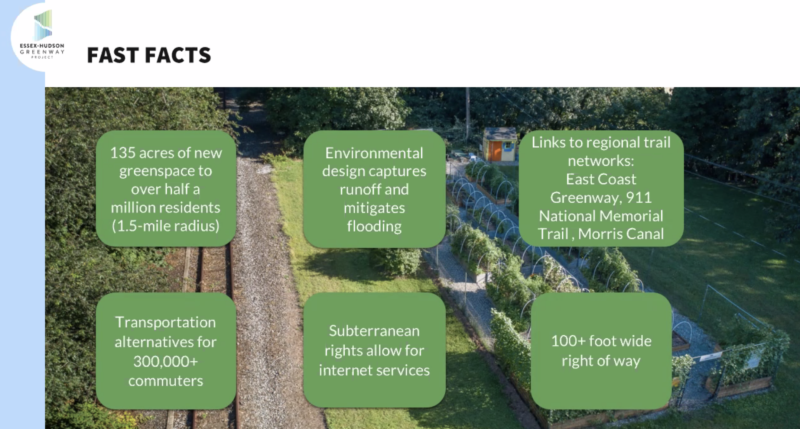 Essex County Commissioner Brendan Gill, who has had a long history of involvement with the project and has it been one of its longtime cheerleaders, described the project as transformative and having limitless opportunities. Gill said the county had received more than 2200 letters of support addressed to county executives and commissioners from residents, encouraging them to “go the distance” and bring the project, almost 20 years in the making, to fruition. Gill, speaking of the project, said he had never received more direct communication about a single issue before, with the exception of COVID-19 vaccines and opening Montclair Schools during the pandemic. He urged residents to continue showing support, adding that hearing from constituents would help ensure the Greenway’s future and push the project forward. 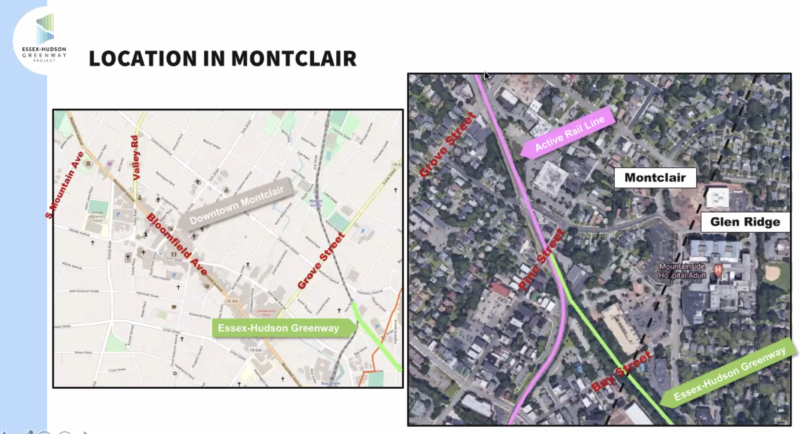 Debra Kagan, Executive Director at New Jersey Bike & Walk Coalition, spoke not only about the environment along the trail being diverse, but also the diversity of the communities along the trail.

Kagan said the section of the Greenway in Montclair is significant because it’s a gateway — people from other towns can take the trail and end in Montclair, bringing dollars into downtown.

“We will be able to have easy mobility between the towns with people coming in who are going to want to rent bikes, have a lunch, get coffee,” says Kagan of the economic impact and the trail’s proximity to Montclair Center, something Councilor Peter Yacobellis had discussed in his recent town hall. “We’ve seen across the country that when Greenways and these trails are developed, it definitely increases the local business district’s development, and it can also increase housing values, along the quarter, as people want to be near this.”

Concerns were raised about the location of the Greenway which terminates on its western end in Montclair’s 4th Ward. Gill said the project was not going to be used as a gentrification tool and that he would not support any aspect of it that did not consider the impact on the immediate community where project starts. A historic bridge along the trail over the Hackensack River was another concern, as it poses some engineering challenges which occasionally gets stuck open after allowing boats to pass.

Specific to Montclair, questions were raised about how to best create access points to the Greenway and safety issues due to its proximity to the active Montclair-Boonton Line.

“Sometimes it goes below grade or below the street level,” said Kagan of the Greenway, including portions that are in Montclair. “When we’re talking about access points, we need to consider the best place for access, for us here in Montclair.”

The excitement and enthusiasm for the project by the presenters was echoed in the chat as residents chimed in to add their support, some likening the Greenway to New York’s High Line. The acquisition is expected to take place this year; once it happens, discussion of design and completion can begin to take place.