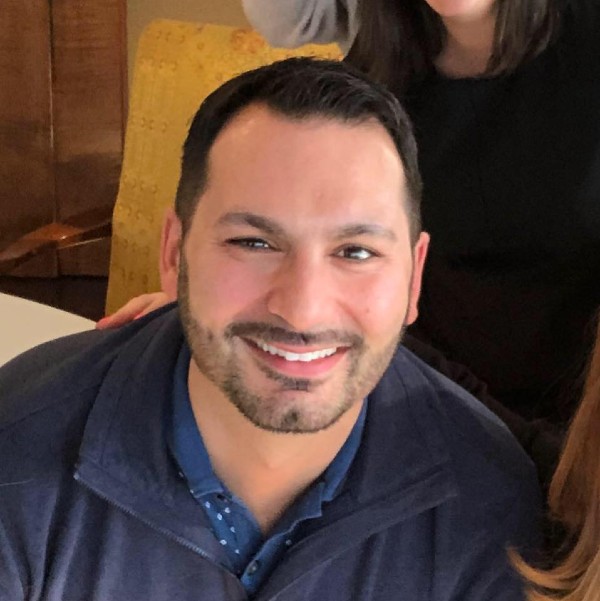 MONTCLAIR, N.J. – Councilor-at-Large Peter Yacobellis announced Wednesday the Montclair LGBTQ Equality Agenda for 2021 which seeks to update some Township policies and laws over the month of June, to be enacted by summer. Administrative changes have been recently completed. Proposed ordinances and resolution are scheduled for initial consideration at June Township Council meetings.

“Since coming into office, I’ve had deep and thorough conversations with our Township staff and my colleagues on the Council and have found the incredible support you would expect to see in Montclair to move this Equality Agenda forward. As the first openly LGBTQ person elected in Montclair, it is a top priority for me to make sure Montclair is the model community, in every way, for LGBTQ equality. I want to thank Mayor Spiller for his partnership and all of my colleagues for this support,” said Councilman Yacobellis.

“In particular, I’m appreciative of the constructive and helpful dialogue I’ve had with Deputy Mayor Bill Hurlock and the early and enthusiastic support from Councilors Bob Russo and Lori Price Abrams, who sit on the Council committee that has jurisdiction over these issues, with me. They each, along with Township Attorney Ira Karasick, Deputy Town Manager Brian Scantlebury and Affirmative Action Office Bruce Morgan – someone with a long history of leading this work, helped me build on previous changes and shape this agenda. They all have my thanks for making this all both better and possible,” he added.

Yacobellis said he hopes that in the years ahead the Township can offer transgender-inclusive healthcare benefits to town employees and expand on some of our human services to include resources for LGBTQ+ youth, seniors, and the homeless, as well as people living with HIV/AIDS.

“It has been a pleasure working with Councilor Peter Yacobellis on our Montclair LGBTQ Equality Agenda. For my entire career, I’ve always been in full support of ensuring equal rights and justice for members of the LGBTQ community,” said Councilman Bob Russo. “I think with this and many other issues, Peter’s new ideas, paired with my extensive experience, is resulting in some really great, progressive changes for Montclair. I will especially communicate these ideas to my colleagues and students at Montclair State University. I look forward to supporting this agenda and celebrating pride month in Montclair in June!”

1. Bruce Morgan, the Township’s Affirmative Action Officer has been named the Township Manager’s official liaison to the LGBTQ+ Community

2. The Township’s Equal Employment Opportunity / Affirmative Action Policy was recently updated to enumerate protection for Township employees on the basis of gender identity and expression

The Equality Agenda includes three proposed changes to law, expected to be revealed and available in detail for our June Council meetings for consideration. Those include:

1. A Township Contractor Non-Discrimination Ordinance requiring the inclusion of protection on the basis sexual orientation, gender identity, and gender expression in third party bidding and contracts

3. An Ordinance to Require the Provision of All-Gender Restrooms. The purpose of the ordinance is to establish requirements for the provision of all-gender (unisex) single-occupancy restrooms in all business establishments (including offices and office buildings), places of public accommodation, and municipally owned buildings or facilities in Montclair, together with appropriate signage; where publicly accessible single-occupancy facilities already exist or will be constructed in the future. The ordinance will provide that single-occupancy restrooms that are designated handicapped accessible can also be identified as unisex or all-gender with appropriate signage for both designations, and that there is no requirement that the covered entity or place of public accommodation provide a single-occupancy restroom or make such restroom available to the public unless otherwise required by law. The ordinance will also enable a covered entity to obtain a waiver from the ordinance’s requirements if it documents in writing to the construction official’s satisfaction that compliance with the ordinance would violate or conflict with the State plumbing code or other duly adopted State law. (Note: The Township and Board of Education already practice this for public facilities as a matter of policy. This will codify that in law and include the private sector. There will be some exceptions.)

1. A Resolution from the Township of Montclair in support of New Jersey’s A3371 which bans licensed therapists from using “gay-to-straight” conversion therapy on kids.

On Friday, June 4th, Councilor-at-Large Peter Yacobellis and Mayor Spiller, along with their colleagues, will for the first time raise a progress LGBTQ+ pride flag at Town Hall, which includes black, brown and trans and non-binary colors in addition to the traditional pride flag rainbow. The event will take place at 3:00pm in front of Town Hall.

Yacobellis, Montclair’s first openly LGBTQ elected official, is also the founder and President of Out Montclair, a charitable organization focused on educational and social events for LGBTQ people in Montclair, including planning a first-ever Montclair Pride festival in 2022. 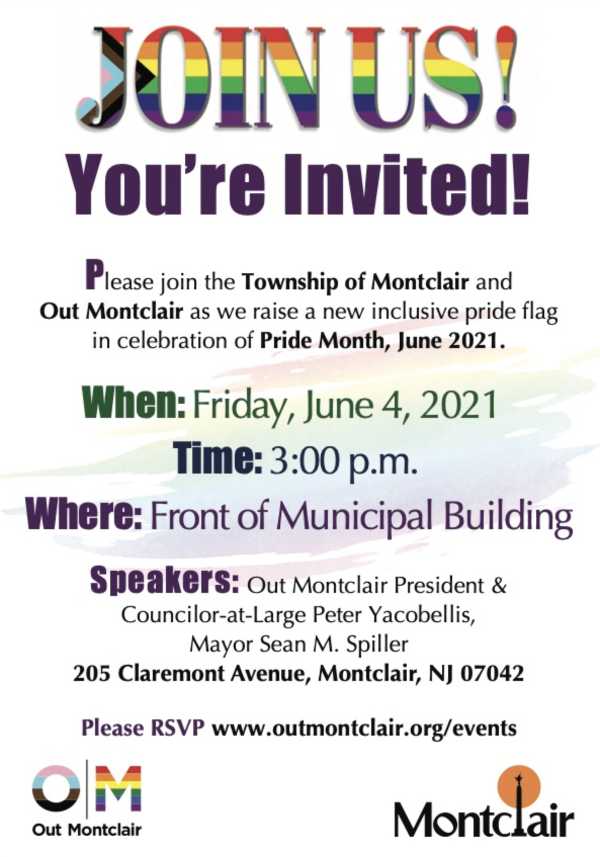