Montclair, NJ – There was art, music and excitement for the first time in a long time at Montclair’s Lackawanna Plaza Monday when a ribbon cutting was held for Fresh Air Montclair’s newest art installations.

Instead of vacant storefronts, passersby were stopping to view three separate art installations in windows along the historic Lackawanna Station building.

Montclair Cactus by Voyo Woo, an installation by Glassroots and Visions by Marguerite Kaufer are the works on display, through Fresh Air Montclair, an initiative sponsored by Montclair Center BID. 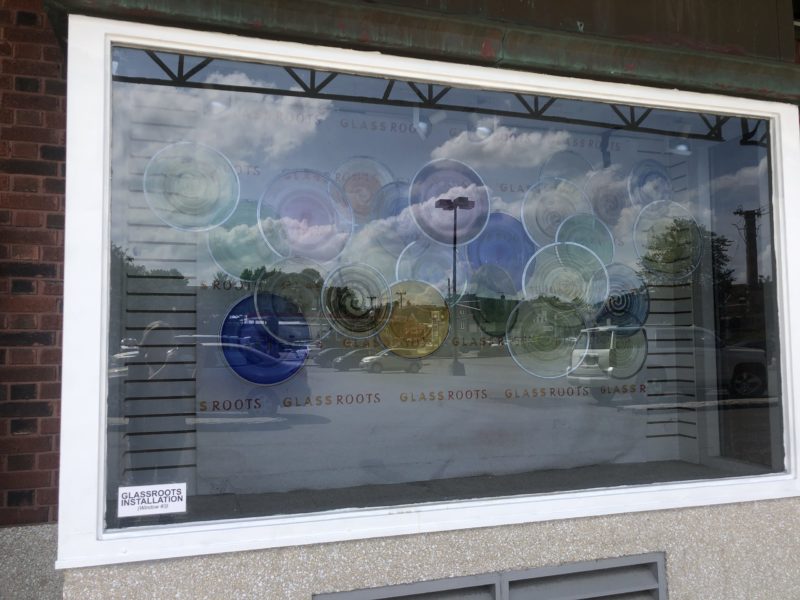 “We’re still narrowing in on securing a grocery store. That’s priority number one,” says Placek of his plans for Lackawanna Plaza. “Once that’s done, we can explore the rest of the development and what it’s going to look like. But in the interim, why have this space be a negative and vacant? 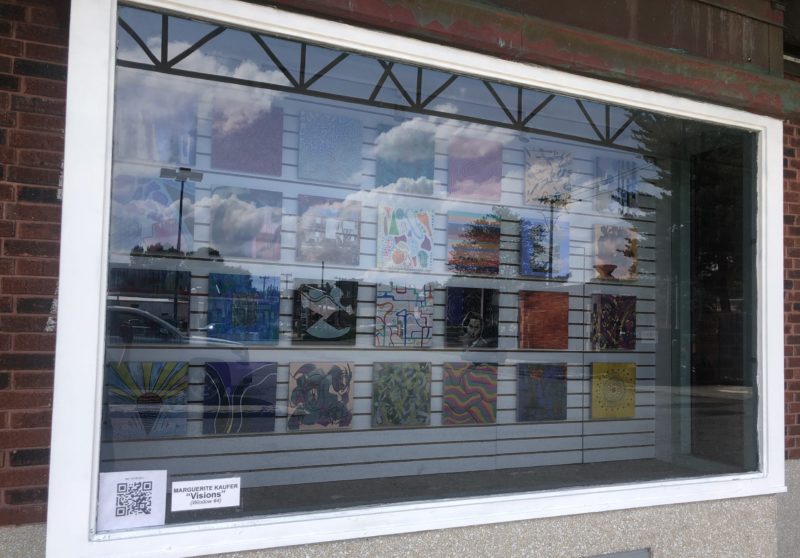 Placek says that over the years, he and his wife Bridget have worked with a lot of non-profit organizations in town and not having space for events is a big issue for a lot of these organizations.

“So why not turn that largest property in town that’s vacant into usable space for a lot of these groups?” says Placek. “The whole goal is to give them exposure and bring positivity back to the property. There’s so many emotions over the last five or six years that have been mostly negative emotions; it’s good to bring some positivity back.”

Lackawanna Plaza, once a bustling shopping center, became almost entirely vacant after the closure of Pathmark in November 2015. Pig & Prince struggled after the closure and ultimately closed its doors in 2019. Popeye’s Chicken and a pizzeria remain.

Cummings was happy to see activity return to Lackawanna Plaza.

“This place has been dormant for years. I think it’s great that we’re doing something here and something that the community can get involved in,” says Cummings. “We had a great movie night two weeks ago on the TD bank lot and Montclair Film is going to be here and Montclair African American Heritage Foundation is also rescheduling their movie night.”

Cummings said this was the first step toward making this area become vibrant again.

“It’s a lot better than just seeing an empty parking lot with cars parked in it,” Cummings said. “And as the Fourth Ward councilor, I think it’s important that people understand this is a process and nothing that has been made a priority has changed. But I commend Mr. Placek for opening it up to the community and the BID for being a part of that process and our organizations, particularly nonprofits, being able to come in and have their events.”

In addition to art installations, a pop-up barbecue restaurant will soon bring some more excitement back to Lackawanna Plaza.

Placek confirmed that a pop up barbecue and beer garden — a collaboration of NYC chef Damon Wise and Lauren Hirschberg of Turtle and The Wolf — is coming soon to the parking lot behind the former Pig and Prince restaurant. The pop-up should run “until we get our project approved and can start construction,” says Placek.