Montclair High School, after a successful petition effort by Alexis Dickerson, created gender neutral restrooms five years ago. Now, the Township of Montclair will catch up and join other municipalities that have already required all existing and future single-user restrooms in Montclair be gender-neutral. The law does not apply to multi-use restrooms. 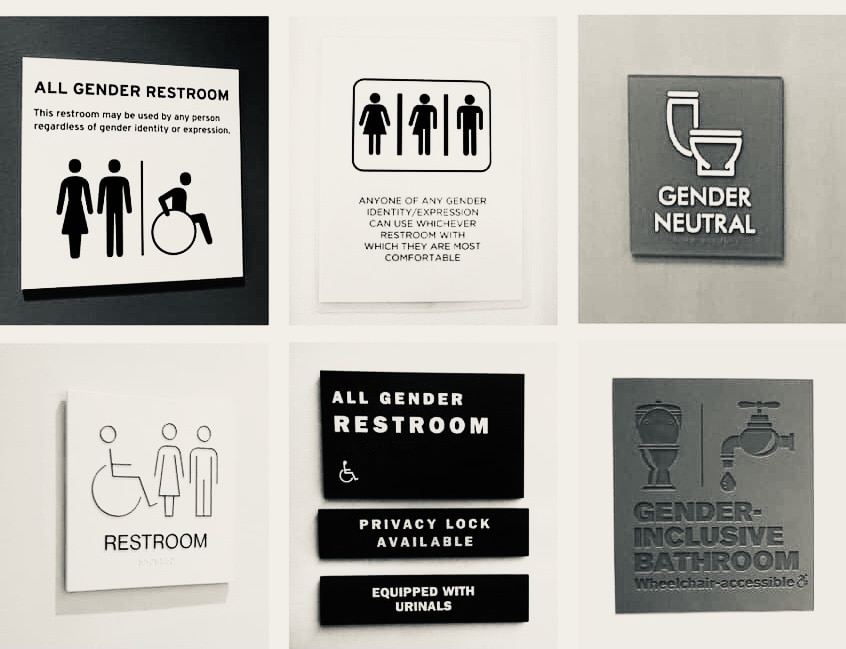 “Last night, in a very close vote, we passed a law to require that all existing and future single-user restrooms in Montclair be gender-neutral,” says Councilor at Large Peter Yacobellis. “This follows what New York City did in 2016, California in 2017 and municipalities across New Jersey and the country have done since. All public and private establishments (with exception for houses of worship) must comply by January. No entity is required to construct a single-user restroom where one doesn’t exist. Multi-user restrooms are also not included, though businesses and offices can of course make those facilities gender-neutral if they wish.”

The only expense to businesses would be changing a sign on the door of their existing single-use bathrooms. Signs could say gender neutral, all gender or unisex. Businesses have roughly 180 days to comply.

“To me, this was the least we could do to affirm our trans and non-binary community, while at the same time tackling longer bathroom lines for women by making all single-use restrooms accessible to all regardless of sex, gender identity or expression,” Yacobellis adds. “While I’m disappointed in how close the vote was for supposedly progressive Montclair, alas, this is law.”

Cummings, at a first reading at the June 1st council meeting, said there needs to be more community education on the law before instituting something that requires a change.

Hurlock abstained from the first reading vote, citing that he had only just received the information and needing more time to review it. He said he also wanted an opportunity to talk to local business owners.

Spiller, in his June 1 comments, referenced businesses such as the Montclair House Grill who already have two single use gender neutral bathrooms and added that this is not a big burden.

Abrams, in comments Tuesday in support of the change, said she felt having bathrooms labeled as neutral was a modest request to honor a civil right issue for some of the constituency in the community.

“And as a woman frankly, that could benefit me, because so often there is a line waiting for a women’s bathroom, and in this case, women would have options to use bathroom A or bathroom B,” Abrams added.

Yacobellis, in his comments at the June 22 council meeting, stated he had reached out to 473 businesses in Montclair to answer questions regarding making the change, going over the specifics to ensure no misinformation about the law.

The single use restroom change included below was one of three changes to law enacted Tuesday night:

Celeste Fiore, founder and chair of the Trans Affirming Alliance and a Montclair resident, was approving of the new law.

“My Montclair community has taken an affirmative stance allying itself with transgender people by enacting more efficient bathroom policies,” says Fiore. “I have witnessed lines forming and people ‘holding it’ rather than use the ‘opposite gender’ bathroom. This new policy will benefit all bathroom users by eliminating unnecessary lines. Montclair has removed one barrier for transgender people and I eagerly anticipate Montclair’s next steps forward.”

Also enacted Tuesday night was a Resolution from the Township of Montclair in support of New Jersey’s A3371 which bans licensed therapists from using “gay-to-straight” Conversion Therapy on kids. Yacobellis, who personally experienced conversion therapy as a teenager here in New Jersey, read the text of this Resolution out loud.