MONTCLAIR, NJ – Montclair Film announced the winners of the 2021 Emerging Filmmaker Competition (EFC) Thursday. Co-presented by Guerriero Gelato & Cakes, EFC celebrates the work of filmmakers in two filmmaking sections, Storytellers (Grades 6-8) and Visionaries (Grades 9-12). The films represent a wide range of styles and voices that showcase the diverse talents of young people who are using cinema to tell their stories. Categories include narrative, comedy, documentary, experimental, animated, horror/suspense, and social impact films, with a special category this year called My COVID Life!, which asked students to reflect on their experiences during the past year of the COVID-19 pandemic. Screenings of the films and awards will be given in each of these categories on Saturday, June 5th and Sunday June 6th at Montclair Film’s Cinema505.

Winning films are available for online viewing by visiting http://bit.ly/EFC2021Films

“I wanted the students to work towards something big, and the Montclair Film Festival was the perfect fit,” says Fallbrook Union High School instructor George Herring of Fallbrook,
California, who brought his winning filmmakers from California to attend the screenings at Cinema505. “Montclair has had an electric effect in our community. In the midst of COVID, here was this amazing honor! It immediately helped to grow the confidence of the students as well as the community.”

“The extraordinary challenges of the past year have allowed our Emerging Filmmakers to think and create in new ways, and their resilience in the face of these challenges is an example of the power of storytelling,” said Montclair Film Director of Education Sue Hollenberg. “We congratulate all of the filmmakers who submitted work to our EFC program, and are proud to be able to welcome our winners to screen these films in-person in a safe environment at Cinema505, our organization’s home.”

Escapades of a Pandemic Surfer

Out Of My Mind

The Voice of Reason

How To Wear A Mask

The Love That Remains

The Things We Do For Love

The Reality of Eating Disorders

Life During a Pandemic

A Year in Quarantine 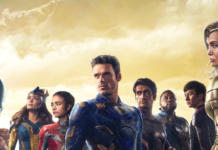 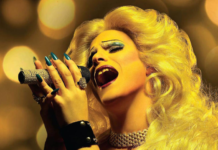 Montclair Film Joins With Out Montclair To Celebrate Pride 2022 with Pride Film Program!