It didn’t matter that the holiday weekend was mostly cold and rainy — in fact, you would have thought it was the middle of summer with lines outside the door and around the corner for Upper Montclair’s new ice cream laboratory – Il Laboratorio del Gelato – opened officially on Friday. 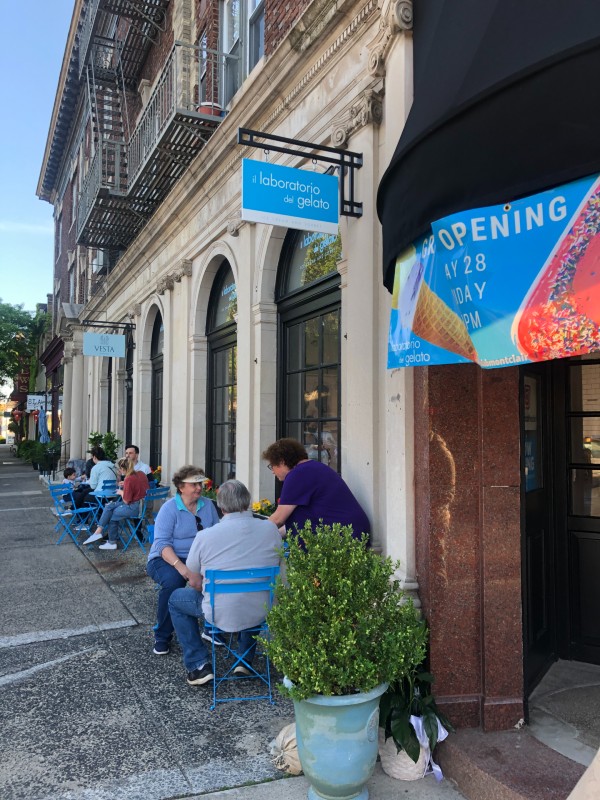 Located on the corner of Valley and Bellevue, just a stone’s throw from the Bellevue Theatre, Il Laboratorio del Gelato is new to New Jersey but well known in New York City, with beginnings on Orchard Street in 2002 and then an expansion in 2010 to its Ludlow/Houston location in the Lower East Side — a true lab with giant windows where you can watch the gelato making process. There’s also a location in Greenwich Village on University Place.

Founder Jon Snyder found his passion for ice cream early on, at his grandparents’ Carvel store in Cortlandt Manor, New York. Those soft serve beginnings morphed into gelato dreaming when Snyder made a trip to Italy at 19. He fell in love with gelato – Italy’s version of ice cream – and was determined to bring authentic gelato making back to New York. Snyder started his artisan gelato making journey with his Ciao Bella Gelato company which he later sold. Then, after more gelato research and study, Il Laboratorio del Gelato was born. 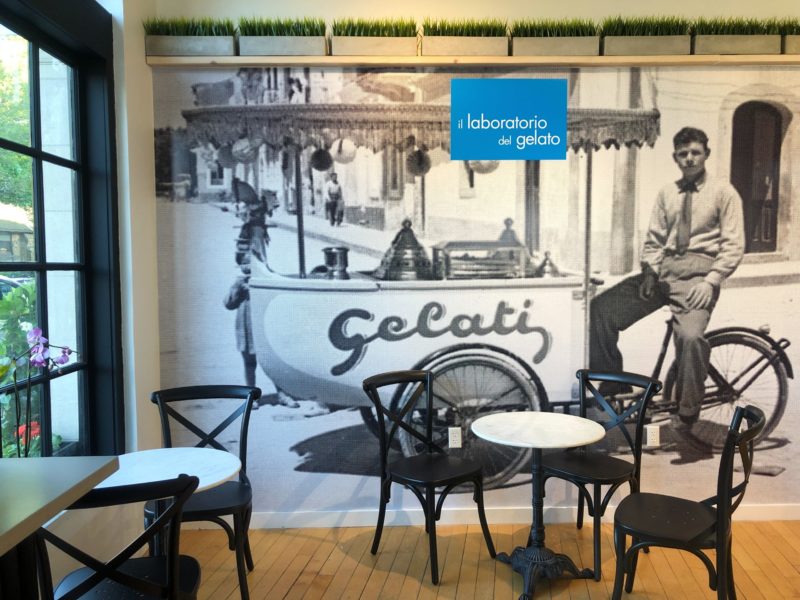 Snyder has created a true ice cream laboratory with close to 300 flavors and counting, and at the Upper Montclair location you can find a wide range of flavors to pair. On our visit, we were tempted by Thai chili chocolate, Turkish coffee and black mission fig and so many more flavors, but we landed on two pairings: chocolate amaretto crunch and zabaglione for gelato; and a sorbet pairing of apple cinnamon and coconut. Sitting at one of the bistro tables, we enjoyed the creamy deliciousness that Italian gelato’s slow slow churn creates — a slower mixing allows for less air to be incorporated, resulting in a higher concentration of flavor.

Get two scoops of gelato in either a cup or sugar cone for $4.50; two scoops in a waffle cone will run you $6. You can also order shakes, espresso, floats, ice coffee, affogato (espresso with gelato) as well as gelato sandwiches and gelato cakes. Or bring home a 20-ounce tub of gelato for $14.50. 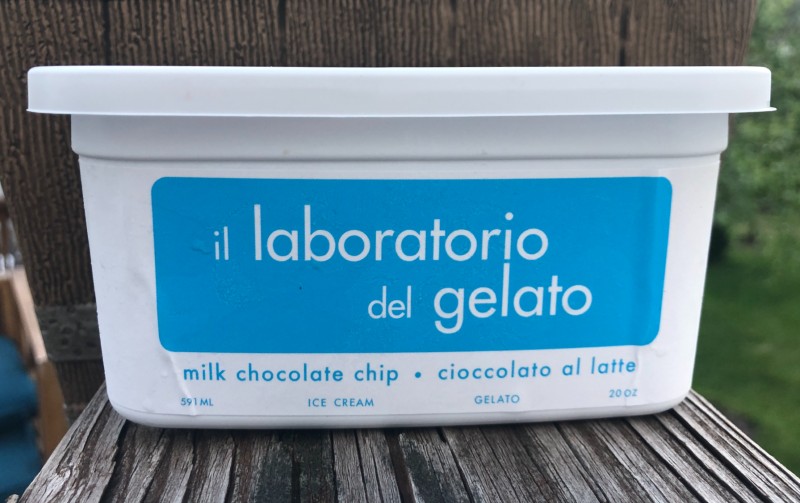 A big welcome to Il Laboratorio del Gelato and a suggestion: Post a list of flavors on a sign outside (or on your Instagram) so gelato fans can weigh all the delicious options in advance.