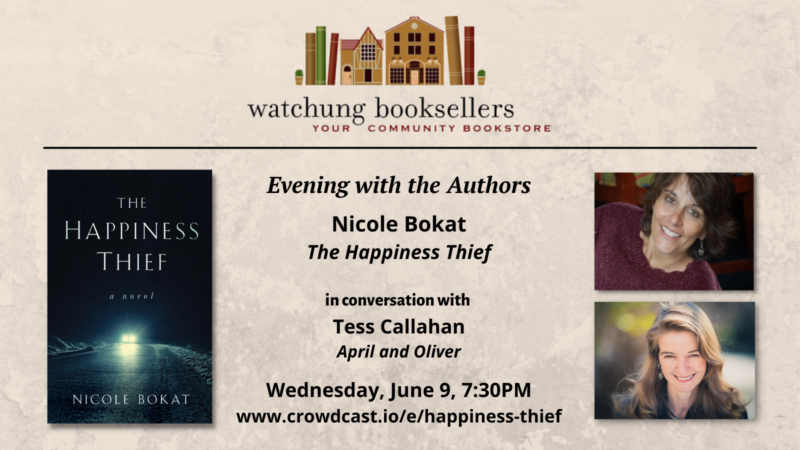 MONTCLAIR, NJ — Watchung Booksellers welcomes Nicole Bokat, author of “The Happiness Thief,” as part of its ongoing Evening with the Authors virtual events. Bokat will be in conversation with novelist Tess Callahan on Wednesday, June 9, at 7:30 pm.

“The Happiness Thief” centers around forty-one-year-old Natalie Greene, who lost her mom and her childhood memories in a car crash two decades ago. After her husband leaves for another woman, Natalie accompanies her famous stepsister on a retreat to the Cayman Islands. There, a late-night collision triggers Natalie’s long-buried trauma and a heightened sense of guilt haunts her even after her return home to Boston.

In addition to “The Happiness Thief,” Nicole Bokat is the author of the novels Redeeming Eve and What Matters Most. Redeeming Eve was nominated for both the Hemingway Foundation/PEN Award and the Janet Heidinger Kafka Prize for Fiction.

Tess Callahan is the author of “April and Oliver” and her work has appeared in The New York Times Magazine, National Public Radio, and Writer’s Digest. She teaches creative writing, meditation, and created the website Muse-feed.com, a toolbox for aspiring writers.
The event is free. Register at www.crowdcast.io/e/happiness-thief or visit www.watchungbooksellers.com. 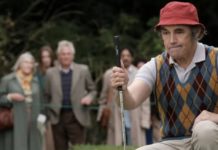