LITTLE FALLS, NJ — The U.S. Postal Service issued the Yogi Berra stamp today. The Forever stamp was dedicated during a ceremony at the Yogi Berra Museum & Learning Center in Little Falls, NJ. It is now for sale at Post Office locations nationwide and online at usps.com/yogiberrastamp. 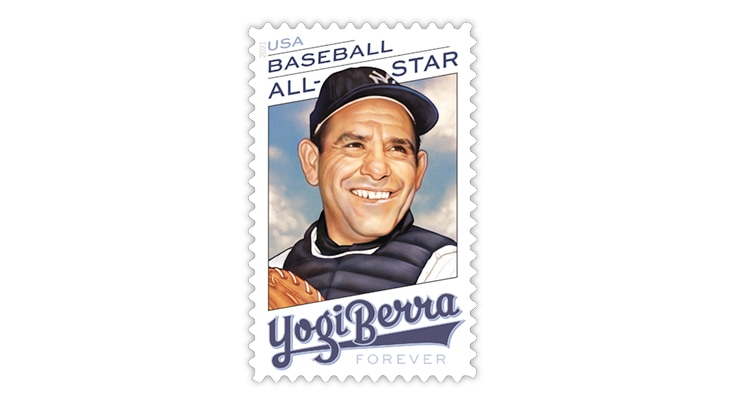 “We hope this stamp will serve as a reminder of Yogi’s larger than life personality — both on and off the field,” said Ron A. Bloom, chairman, U.S. Postal Service Board of Governors

Bloom was joined for the ceremony by Bob Costas, Emmy Award-winning sportscaster; and Larry, Tim and Dale Berra, sons of Yogi Berra.

“The Berra family wishes to thank the U.S. Postal Service for honoring our father with a Forever stamp for his prowess as a baseball icon who demonstrated the right way to earn the respect of family, friends, competitors and people everywhere,” the family said in a statement.

A longtime Montclair resident, Yogi Berra was one of the greatest Major League Baseball players of all-time. He won three American League MVP awards, was an 18-time MLB All-Star and played in the World Series championship in 14 of his 18 seasons in Yankees pinstripes.

Born Lawrence Peter Berra, he earned his famous nickname while playing American Legion baseball. Legend has it that Berra and his teammates went to the movies, where they saw a travelogue about India. Noticing that Berra sat waiting to bat with legs and arms folded in the same fashion as the yogis on the screen, one of his teammates decided everyone should call Berra “Yogi.”

The Yankees signed Berra to a minor league contract in 1942. After playing one season, he was drafted and served in the Navy during World War II serving as part of the D-Day invasion and eventually earning a Purple Heart. Discharged in May of 1946, Berra played with the Yankees for the final week of the season. He hit the first of his 358 Major League home runs in his second time at bat. The next season, he won the first of his World Series rings.

A talented athlete, Berra became almost as well known for his paradoxical sayings, Yogi-isms — contradictory bits of logic and humor — as for his skill on the baseball diamond. “I never said everything I said,” Berra conceded, but several quotes attributed to him appear in Bartlett’s Familiar Quotations.

After retiring as a Yankees player in 1963, Berra began a second career as a manager and coach, taking two teams to the World Series as manager.

Berra was elected to the National Baseball Hall of Fame in 1972 and was a posthumous recipient of the Presidential Medal of Freedom, the nation’s highest civilian award.

The Yogi Berra stamp is being issued as a Forever stamp in panes of 20. These Forever stamps will always be equal in value to the current First-Class Mail 1-ounce price. 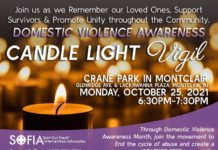