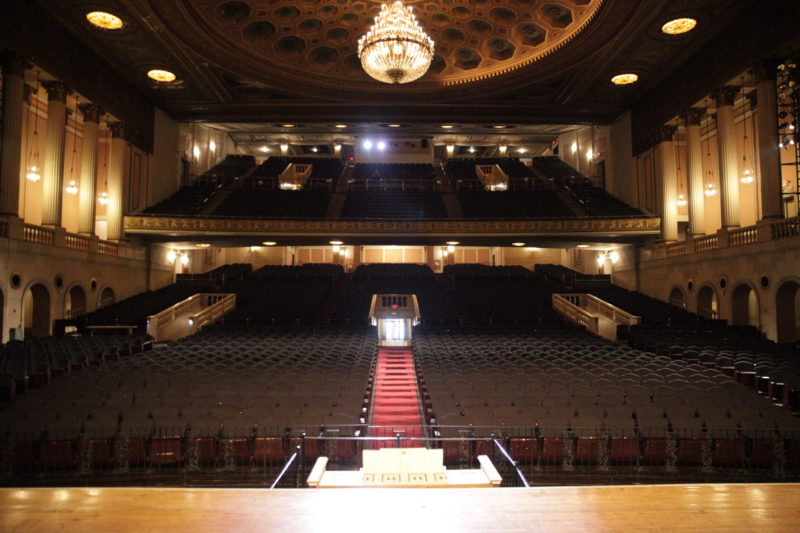 Approximately 25 individuals ages 18-24 will participate in a rigorous training program run by Los Angeles-based P.A. Bootcamp, as well as workshops, mentorship, and exclusive access to career-building resources. NSH Training Academy participants will receive a stipend funded by the Newark Alliance’s Newark 2020 | Hire Newark program. Applications are being accepted now through the end of August. 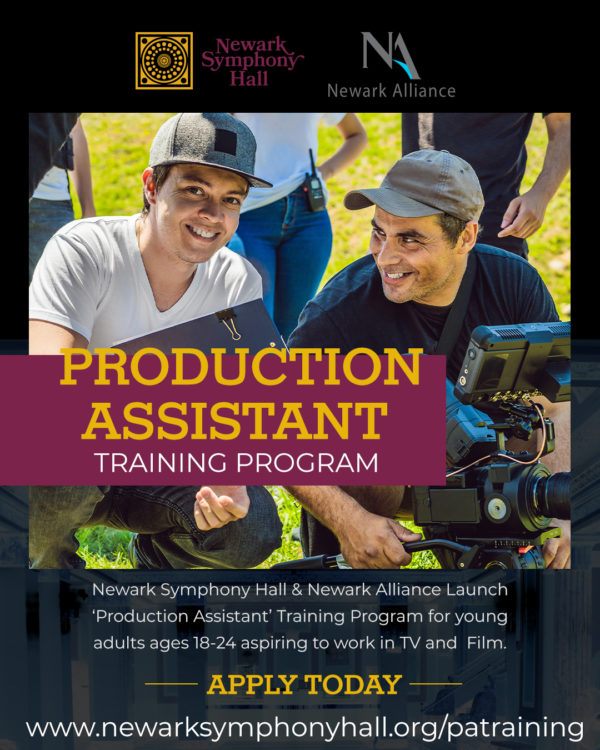 “In the past two years, Newark Symphony Hall has become a go-to filming destination for major shows by MTV, BET, and Hulu, and we are in discussions with several more productions,” said Taneshia Nash Laird, CEO of Newark Symphony Hall. “The goal of this training program is to ensure Newark residents – who are predominantly Black and Latinx – are skilled and ready to be employed by productions filmed here and throughout the state.”

Della Walker, Jr., Director of Newark 2020 | Hire Newark at the Newark Alliance, added: “Black and Latinx individuals are historically underrepresented in this industry, especially off-screen. Our goal is to create career pathways for Newark residents as we work in partnership with NSH to increase diversity in film, television, and entertainment production.”

Among other support, Hire Newark will provide job application assistance and interview coaching for participants. The production assistant skills training will be conducted by P.A. Bootcamp, a national program managed by Executive Director Jody Brockway, previously vice president of NBC’s Movies and Miniseries and producer of television movies for ABC Family. Ken Gifford will facilitate additional technical training through the production arm of his nonprofit, Newark International Film Festival.

Jordan-Theus enthusiastically signed on as a program adviser, lending her 15 years of industry experience. She has developed and produced television and film projects across many platforms, including Netflix, Disney +, CNN Films, TBS, OWN, FOX, and YouTube Originals.

“I am excited to contribute to a program designed to expose our community to new opportunities and career paths. It is amazing to serve as a resource and help usher in the next wave of industry professionals,” said Jordan-Theus.

Lured by the state’s production tax credit with support from the NJ Motion Picture and Television Commission, New Jersey has recently been used as a location for numerous films and television show productions, including Queen Latifah’s television series The Equalizer, The Sopranos feature film prequel The Many Saints of Newark, Halle Berry’s sports drama Bruised, and Steven Spielberg’s upcoming remake of West Side Story.

“The P.A. Bootcamp gives that always critical ‘foot in the door’ to young people looking to become film and television professionals,” said Steven Gorelick, Executive Director of the New Jersey Motion Picture and Television Commission. “We are always seeking to expand and diversify the talent pool in New Jersey to meet the demands of our growing production industry and create exciting job opportunities for our residents.”

The NSH Training Academy is accepting applications for the P.A. training program now through the end of August. Upon successful completion, participants will be presented for employment to productions choosing Newark Symphony Hall as a location and other productions filming throughout the state. To learn more about the Newark Symphony Hall P.A. Training Program and sign up, visit: www.newarksymphonyhall.org/patraining.

NSH is also partnering with International Alliance of Theatrical Stage Employees (IATSE) for a stagehand training program for live productions, but the P.A. training program will be its first foray into training for filmed entertainment.