NiCori Studios & Productions in association with the Oakeside Mansion and Frungillo Catering continue the music series: MUSIC AT THE MANSION: “PORCH PERFORMANCES”, which continues with 15 different singers through September 25. Join NiCori Studios & Productions for an evening of dinner and entertainment hosted by Music at the Mansion host, Corinna Sowers Adler that will be safe, socially distant and fun! Meal to include an elegant, boxed dinner by Frungillo Catering including salad, entree, side dish, dessert and coffee. Each night will include a performance by one of New York City/New Jersey’s top Cabaret/ Broadway/TV performers on the large wrap-around porch at Oakeside. All begin with dinner at 7pm with performance to follow. Tickets are $65 per person and include full meal and performance (BYOB).

Deemed by TIME OUT NEW YORK as, “One of the cabaret world’s biggest breakout successes of the past five years”, multi-award winning singer/recording artist Marissa Mulder performs on Saturday, August 14.

Broadway singer/dancer Ty Stephens returns to PORCH PERFORMANCES on Saturday, August 21. Ty appeared on Broadway in SOPHISTICATED LADIES and MARILYN, AN AMERICAN FABLE. Ty has toured the world with his band, SoulJaazz and has released four studio albums of original music.

Susan Knight and Tony Carlin bring their show FAMILY MATTERS to PORCH PERFORMANCES on Saturday, August 28 featuring their children Connor and Grace. Tony is a Broadway veteran of well over a dozen shows and Susan has been seen on stages around the country and on film and television with credits including Blue Bloods, Madam Secretary, Blacklist, The Nutty Professor, Star Trek Voyager and Seinfeld (finale).

PORCH PERFORMANCES series creator and six time TONY Award nominee for Excellence in Theatre Education singer, Corinna Sowers Adler, finishes out the second season of the series on Saturday, September 25. Corinna performs her solo shows all around the country including New York’s famed Appel Room at Jazz at Lincoln Center.

All performances will happen rain or shine under the large wrap-around covered porch. Virtual tickets will also be available for each show. All performers subject to change. Oakeside Bloomfield Cultural Center is located at 240 Belleville Avenue, Bloomfield, NJ. Visit NiCoriStudios.com for tickets and more information. 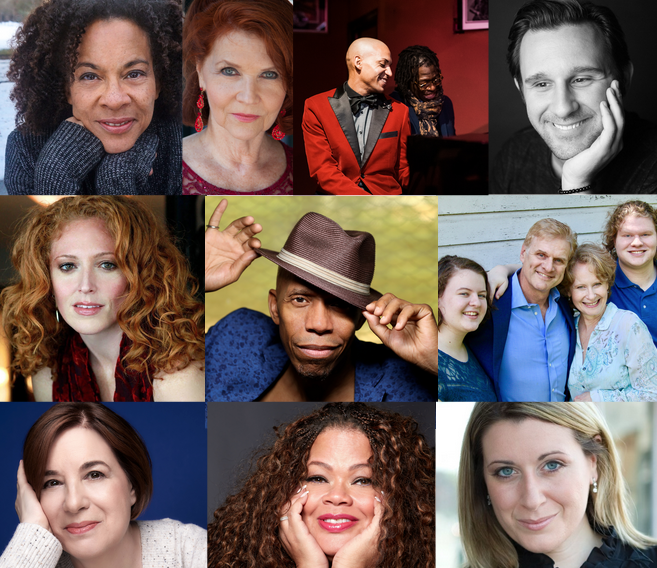