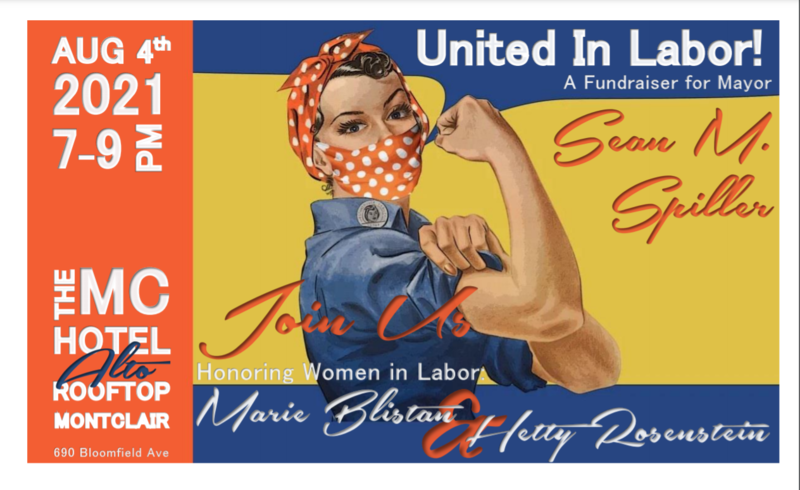 Montclair Mayor Sean Spiller is holding an event tonight at The MC Hotel’s rooftop, “United in Labor: A Fundraiser for the Mayor.” The event, a fundraiser for Spiller, is also an event to honor women in labor Marie Blistan and Hetty Rosenstein. Fundraising starts at $250 for an attendee and up to $8,200 for maximum PAC contribution

Montclair’s Erik D’Amato is planning to protest the event and has circulated this flyer on social media along with this call to action:

“We can split hairs over which account the money from Mayor Spiller’s planned big-money fundraiser tomorrow night will end up in, but it’s still an outrage that he’s trolling out-of-town influencers for cash just a year into his term (and with a “United in Labor” theme at a non-union luxury hotel!) So why not respectfully let him and his pay-for-play pals know that this is super uncool, while having a little fun!”

He also provided a signup link for those interested in joining.

D’Amato, who founded Vote Montclair, the group behind a referendum for an elected Board of Education, as well as an effort to move the Montclair municipal elections, clarified that the protest isn’t an official Vote Montclair event, just “an impromptu thing.” 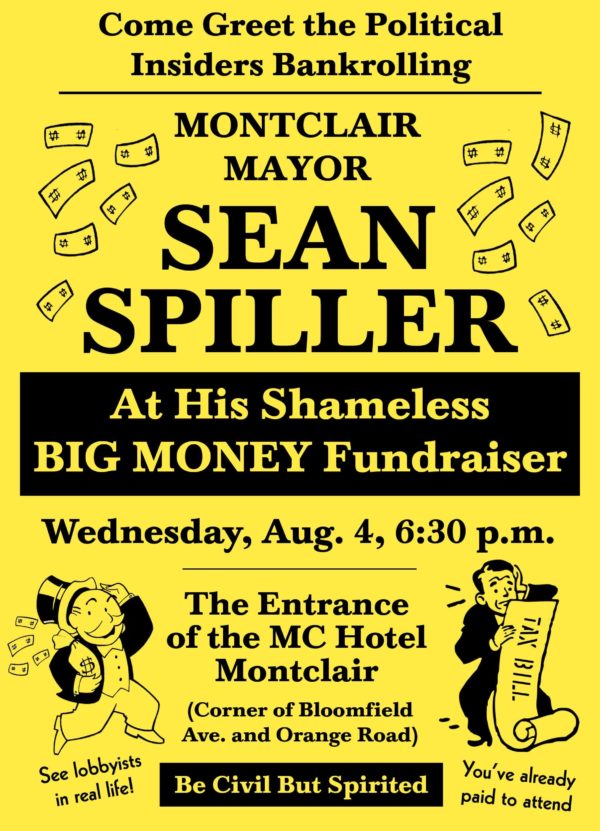 D’Amato also had this statement for Baristanet Wednesday:

“I’d call it a reprise of the protest that the League of Women Voters and the NAACP held during the Mayor’s swearing-in last July, because he had prevailed by a margin that was a fraction of the votes that ended up uncounted, after outspending Dr. Baskerville by at least an order of magnitude. It’s about a status quo that radically privileges big money and cozy insider politics over regular citizens and voters.”

D’Amato says he is not expecting more than a handful of people to show up, “since good-government types are generally uncomfortable with political theater.”

Spiller, when asked for a statement about the event and the planned protest, said:

“I’m proud of the progress we’ve made in Montclair – lowering our municipal debt, standing up to the Trump Administration by making Montclair a welcoming community and working together to tackle an unprecedented public health crisis. Progressive solutions are increasingly under attack which is precisely why we can’t afford to be complacent. It is my privilege to host this event honoring two iconic women in the labor movement.”