One afternoon in late April of 2020, during the height of COVID quarantining, radio DJ Glen “Jonesey” Jones had a thought. Since he was broadcasting from home, and not at the WFMU 91.1 FM studio, due to the lockdown, he figured he could have a drink and toast his audience. Jonesey could not have anticipated what happened next.

The toast – now called “Jonesey’s 2pm Toast!” – began in reaction to feeling isolated and disconnected from the world. Jonesey thought it would be nice to boost his audience’s spirits and connect with them more personally. Having the luxury of being at home, he took a sip of whiskey and toasted a “cheers!” to a handful of his many listeners by name. He finished the toast by playing “Raise ‘Em High!” by beloved New Jersey band, Jon Caspi & The First Gun. A cult favorite, the song is about underdogs prevailing against the cocky perennial winning team, and then the underdog team toasts the new losers with a wink of sarcasm. That seemed to be the end of it but then, the toast took off.

In response to the toast, listeners, also quarantining and feeling separated from their friends, families and environments, started posting selfies of themselves and toasting Jonesey and each other on Facebook. Jonesey chose to do the toast again the following week and announced it as the official 2pm Toast, and that he would be doing it every Sunday at 2pm. He also christened “Raise ‘Em High!” as the official song of the 2pm Toast. Fans continued to take selfies and post them to Facebook, tagging friends and Jonesey and his toast co-host (and co-host on another radio show), Gina “the Broad” Bellando. In a short time, hundreds of listeners were toasting on Facebook. It was a way to be a part of a community during a time when everyone felt so isolated.

In response, Bellando created a Facebook group called “Cheers! The 2pm toast heard on the Glen Jones Radio Programme WFMU 91.1fm,” which now has over 700 members actively toasting each week through selfies and singing along to their official song. It created community and connection in a world where everyone was pinned to their homes and not socializing.

Bellando recalls the rise of The Toast. “It took off like crazy, with fans toasting on many different Facebook pages. So, the logical step was to organize and have a page where everyone could celebrate the toast in one group. I love that it is a hybrid of social media meets traditional broadcast media. When asked about The Toast and the community it created, Jonesey highlighted the power of radio.

He stated, “Radio is the most intimate of all mediums as evidenced by the response. To be able to touch our listeners in this manner is a beautiful thing.”

Almost a year later, and with the lockdown lifted, the 2pm Toast community continues to grow. The need for connection remains and the uplifting spirit of the toast has become a central part of the rhythm of the week for so many. “I thought after the lockdown was lifted folks would be out on weekends and no longer thinking about the 2pm Toast,” says Caspi the official song’s writer and singer, “but I was so wrong. This thing just keeps getting bigger and bigger.”

Caspi (who grew up Montclair, went to Montclair High School, and now teaches at Montclair State University) and his bandmates, say the toast has given new life to a tune that came out in 2013; although the song was known amongst their fans, the connection to the Toast and Jonesey’s listeners has been a thrill.

“I was truly honored that he chose our song. I smile every week at 2pm,” says Caspi. The band has plans for a new video and possibly an updated recording of the song for a vinyl release.

Jonesey, who is also known for being in the Guinness Book of World Records for DJ Marathon Broadcast in 2001. He just celebrated the 20th anniversary of this feat. Listen in to his longstanding show on WFMU 91.1 FM. 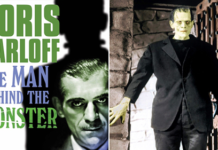