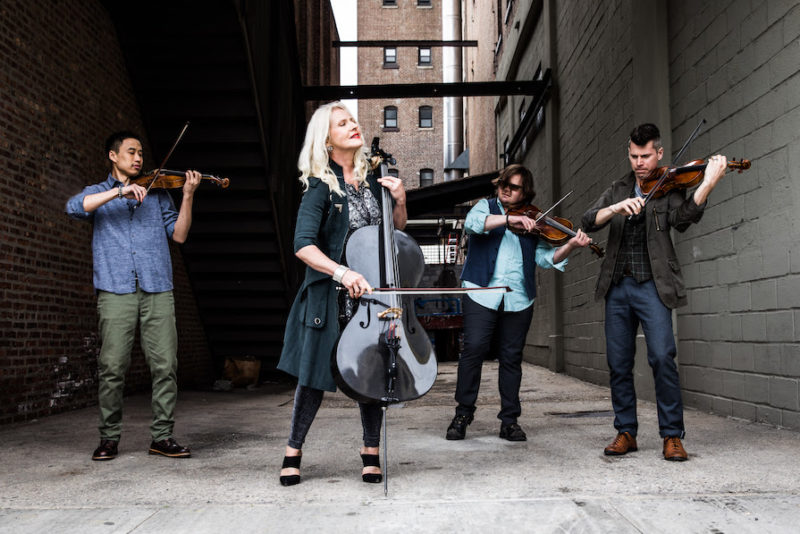 In a celebratory return to live performance, ETHEL joyfully takes the stage, bursting with energy and a dazzling array of their concert favorites. This marks the group’s second live performance since March 2020. From the quartet’s rock repertoire, film tributes, and original compositions, to masterworks from around the world, ETHEL has chosen its most inspiring and engaging music, guaranteed to raise every spirit and deliver the joy of shared experience. Led Zeppelin, Janis Joplin, Philip Glass, Ennio Morricone, and Ladysmith Black Mambazo, all come together in the quartet’s signature style, with welcoming heart, engaging storytelling, high drama and great skill.

Established in New York City in 1998, ETHEL quickly earned a reputation as one of America’s most adventurous string quartets. More than 20 years later, the band continues to set the standard for contemporary concert music. Known for its enlivened playing blending uptown, conservatory musicianship with downtown genre-crossing, ETHEL has been described as “indefatigable and eclectic” (The New York Times), “vital and brilliant” (The New Yorker), and “infectiously visceral” (Pitchfork). Since its inception, ETHEL has released nine feature recordings (one of them nominated for a Native American Music Award), premiered 225 compositions, performed as guests on 40+ albums, won a GRAMMY® with jazz legend Kurt Elling, and performed in 14 countries, 45 states, and 250 cities.