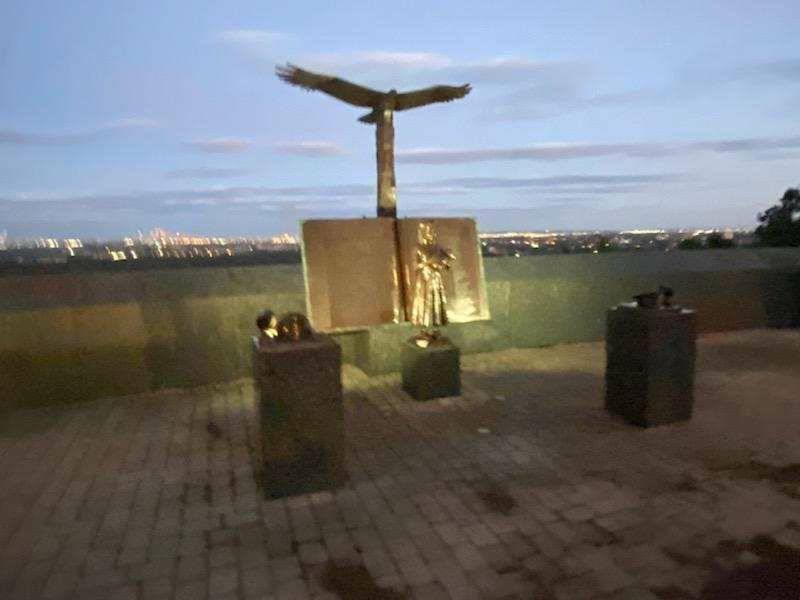 Twenty years ago this month, people spontaneously gathered at Eagle Rock Reservation, on September 11, after learning that terrorists had hijacked four airplanes. Two of the planes were flown into the twin towers of the World Trade Center in New York City.

“I knew immediately that this was the natural location for a memorial because of the public attraction to this site and the unparalleled view of the World Trade Center from the lookout area,” DiVincenzo said. “Our September 11th Memorial is a special place for people to come for solace and comfort because of its unique location and its powerful message of peace and hope,” he said.

DiVincenzo, Jr. invites the public to attend the annual “Essex County Remembers,” a solemn ceremony at the Essex County Eagle Rock September 11th Memorial to mark the 20th anniversary of the tragedies in New York, Washington, DC, and Pennsylvania. Residents will also be able to watch the ceremony streamed live on the Essex County website and social media channels.

“Essex County Remembers” will be held as follows:

The ceremony will be live streamed beginning at 8 a.m. on Essex County’s website at www.essexcountynj.org and Facebook at “Joseph N DiVincenzo Jr” and “Essex County Executive Joseph N. DiVincenzo, Jr.”

A brief program will include family members who lost a loved one in the tragedies, elected officials and clergy members from diverse religious faiths, beginning at 8 a.m. Memorial wreaths will be laid at the monument and a new American flag will be raised. A string quartet will perform reverent selections of music at the memorial site after the ceremony until 2 p.m.

The Essex County Eagle Rock September 11th Memorial was dedicated in October 2002, just over a year after the attacks. The Memorial features many elements that pay tribute to the men and women, police officers, firefighters and other first responders who lost their lives at the World Trade Center, the Pentagon, in Pennsylvania and aboard the four airplanes that crashed that day.

The Essex County Eagle Rock September 11th Memorial was the only 9/11 memorial to list all 3,000 victims’ names until 2011 when the World Trade Center Memorial was dedicated. In 2009, the Essex County 9/11 Memorial was expanded to include a monument honoring the 33 flight crew members aboard the four airplanes that crashed. In 2011, a 7,400-pound steel and concrete artifact from the World Trade Center foundation was installed at the site and a bronze plaque was dedicated to honor emergency medical technicians who responded to Ground Zero and those who provided aid to people returning from New York across the Hudson River. In 2016, the Essex County Search and Rescue Dog Statue was dedicated at the site to commemorate the role that dogs had in the search and recovery efforts at the World Trade Center and Pentagon after the 9/11 attacks.