Montclair, NJ — On Sunday, October 3 at 7PM, artists from Broadway’s Ain’t Too Proud will open the first event of Vanguard Theater Company’s season, “Broadway on Bloomfield!” Just weeks before Ain’t Too Proud re-opens on Broadway, New Jersey natives Jelani Remy and Joshua Morgan, return to the Garden State to perform at The Vanguard in a cabaret style performance including a post show talk back. Seats are limited to 100, and assigned seating tickets are now on sale (Tickets will not be sold at the door) 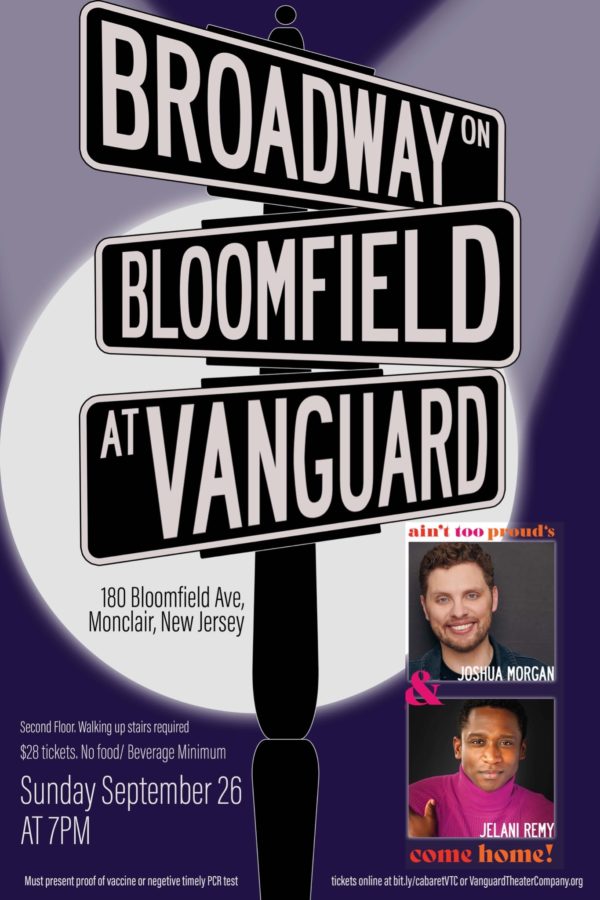 About the performers:
Jelani Remy plays Eddie Kendricks, one of the co-founders of the Temptations, in ATP. Other credits include Simba in Disney’s The Lion King (Broadway), Disney’s High School Musical (Chad), Smokey Joe’s Cafe (Off Broadway), The Apple Boys (Jack), ANJOU, Chita Rivera Award Nominee.

Vanguard Theater Company congratulates the other NJ grant recipients, especially sister arts organizations in Montclair, and is honored to be in their company: (A list of all the grantees may be found here).

For more information about Vanguard Theater Company and its programs, please visit www.VanguardTheaterCompany.org or call 973.632.2523.