Montclair, NJ – APEX Ensemble, formerly The Montclair Orchestra, returns to the stage with conductor David Chan for the first time in 18 months with a program entitled ‘Sound & Fury’ on November 5, 2021, at Montclair’s Central Presbyterian Church (8pm).

Soprano Leah Hawkins, joining the ensemble between appearances at New York’s Metropolitan Opera for Terrence Blanchard’s “Fire Shut Up In My Bones” and Gershwin’s “Porgy and Bess”, will sing arias from Federico Cilea, William Grant Still and Giacomo Puccini. The program will open with the 2019 work “Sound and Fury” written by British composer Anna Clyne, and will also feature Antonin Dvorak’s 8th Symphony. 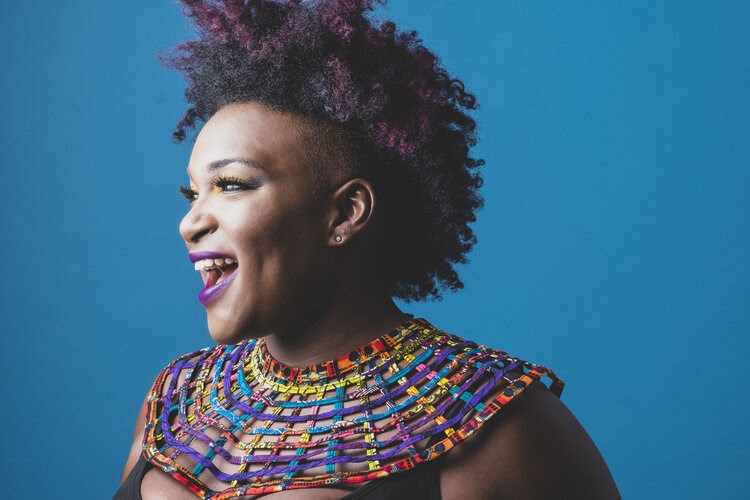 Tickets and information about the November 5th performance are available online at apexensemble.org, or by calling (973) 435-2906.

Prior to the pandemic, APEX Ensemble (The Montclair Orchestra) was recognized in New York Classical Reviews “Top Performances of 2019”, embedding the impact of the organization beyond Montclair, NJ, into the surrounding towns and competitive artistic climate of New York City.

A native of Philadelphia, soprano Leah Hawkins begins the 2021-22 season as Desdemona in 7 DEATHS OF MARIA CALLAS at Opéra national de Paris, and returns to the Metropolitan Opera for Fire Shut Up In My Bones and Porgy and Bess. Later this season she will appear in concert with Violinist Daniel Hope and the New Century Chamber Orchestra, debut at Minnesota Opera and Des Moines Metro Opera, and have a title role debut as Adriana Lecouvreur. She began the 2020-21 season in 7 DEATHS at Bayerische Staatsoper, with later debuts at Portland Opera, Tulsa Opera, and the Elbphilharmonie Hamburg. A recent alumna of the Lindemann Young Artist Development Program at the Metropolitan Opera, in the 2019-20 season she appeared at the Met to great acclaim as the Strawberry Woman in Porgy and Bess, and Masha in The Queen of Spades.