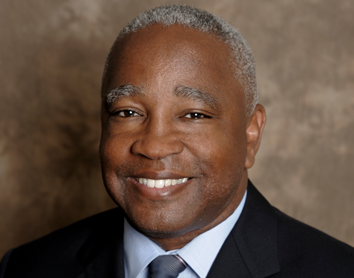 On Tuesday, residents going to the polls to vote on the referendum to determine whether Montclair stays with an Appointed School Board or switches to an Elected School Board deserve facts and not rhetoric. It is disingenuous innuendo if you listen, read, and watch what the Vote Montclair supporters are saying and promoting.

Two claims I want to challenge with facts are:

The School District will inherit the Townships Triple-A credit rating.

An Elected Board will replicate the diversity of Board members that an Appointed Board has consistently delivered.

Let’s start with the Triple-A Credit rating: Erik D’Amato and former Board of Education Business Administrator Brian Fleischer have claimed the School District will absorb the Township’s Triple-A Bond rating. This measure allows the Township to borrow money at low-interest rates. How can they legitimately forecast this rating for the School District? Mr. D’Amato says he has called rating agencies. But he does not say which one or who from the agencies gave him the information. Give us the names and agencies? Mr. Fleischer has agreed with Mr. D’Amato but doesn’t back his rationale with any information or facts.

Considering our School Districts’ history of poor financial management, why would a reputable rating agency assign a Triple-A rating? The previous Business Administrator left after a damaging whistleblower report, and no offense, but the current BA has never held the position before. Remember when District officials claimed we had a $5 million deficit, when the fact was, we had a $9 million surplus. Look at this year. The District asked for $60 million in August. Then presented a long-range plan with a $147 million price tag in September, including $15 million for 2022. Do you think a credit agency will rely solely on residents’ ability to pay taxes and not consider that history and the inexperience of the District’s current financial administration?

Now, let’s pivot to the makeup of the Board. The thought that an Elected Board will result in a diverse group of candidates is another unknown. We do know whoever runs will need money to campaign for the position. We do know slates can and will be formed. Do you want an alliance of individuals with agendas and personal priorities that are literally well-funded candidates? Do we need political campaigns? Who has the money? Where will the money come from to support slates and campaigns? Insurance companies. Engineering companies. Law firms. Testing outfits and publishers. They will all be looking to financially support candidates to gain access to the hundred million school budget. The sincere volunteers committed to educational excellence will no longer contend for a seat on the Board of Education. Is that what we need?

Another essential item to consider is with an Elected Board, the candidates with the most votes win. The last time vote count determined the entire public body of our government in Montclair was in the late ’70s when the Township operated under a Commission form of government. In that system, the members of Montclair’s Town Council were decided by the top seven vote getters. The Council did not reflect the Township’s diversity. The majority of voters were white, the majority of the Council was overwhelmingly white. Ward residency did not matter.

In 1980 the Township voted to switch to the Faulkner form of government created to provide municipalities with greater flexibility in determining their leaders. Montclair’s Black population did not have equal representation in the Commission form of government. Since switching to the Faulkner Form, where each Ward chooses its representative, we have had three Black Mayors and never less than two African American Council members.

I fear that an Elected Board, like the Commission Form of Government, will lead to less diversity on the Board of Education, the poor financial health of the Township, and the bottom line, the elimination of a system that has served this Township, and the students well.

David Cummings is Montclair’s Fourth Ward Councilor. He previously served as a member of the Montclair Board of Education.