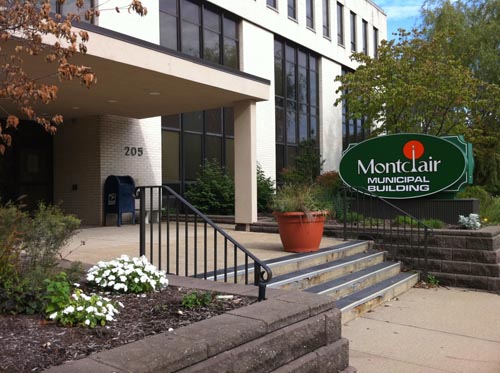 “Racist language, no matter the context or intent, is unacceptable and does not reflect the values of Montclair. While we cannot speak to the specifics of a personnel matter at present, we immediately launched a thorough investigation upon learning of these serious and disturbing allegations. The process is still ongoing, but I am committed to ensuring we live up to our ideals.”

The Montclair Branch of the NAACP has called for a commitment from the town council to fully investigate a recent incident of the racist comments allegedly made by the Township Attorney Ira Karasick directed at NAACP members following a court appearance in September on the rent control ordinance.

The Montclair NAACP, on behalf of President Roger Terry, in an email to Mayor Sean Spiller and other council members, said: “We are demanding an immediate commitment from the Town Council that you will fully investigate this issue. Our expectations are that the Township will take immediate steps to resolve this issue including appropriate disciplinary action.”

The Montclair NAACP first called for the council to address the issue in late September. In mid November, the NAACP had not heard back regarding the investigation.

Karasick allegedly said to William Scott, co-chair of Montclair’s Housing Commission and chair of the NAACP chapter’s Housing Committee, that he was only three-fifths of a human. The alleged remark, seemingly referencing the three-fifths compromise, is reported to have been said as Scott was about to join a group in an elevator with occupancy limits due to social distancing.

Christa Rapoport, Montclair Civil Rights Commission Chair, said the NAACP contacted the Commission regarding the alleged remarks in Trenton and both entities considered it unseemly, and racially insensitive for such remarks to be made by a township attorney in a business setting.

“I have not received any update of even high-level metadata about the investigation,” says Rapoport.

“Mr. Scott is a pillar in the community and someone I admire and respect tremendously for his tireless efforts for all residents,” said Fourth Ward Councilor David Cummings. “Because this is a personnel matter, I will not comment about the report or investigation.”

“In this case, Mr. Karasick is a direct employee of the Council and our attorney. So anything I say can result in my being subject to a lawsuit and having to hire my own attorney to defend myself at my expense,” said Councilor at Large Peter Yacobellis. “I’m taking a risk in saying anything at all but I want people to know that I hear you and I care and as a non-negotiable general rule, I would never tolerate the kind of language or behavior that Mr. Karasick has been accused of by anyone. That’s not even a question. This will be addressed as quickly as possible by the full governing body.”

Karasick was hired in 2010, replacing Alan Trembulak, but there were questions raised then about the transparency of the hire, with then-Deputy Mayor Terry criticizing the process and likening the transparency of the proceedings to a piece of coal. There were also questions about his reappointment in 2011 by Scott, who questioned Karasick’s negotiation of a settlement with the efforts of the Mental Health Association of Essex County (MHA) to build housing for the mentally ill in the Fourth Ward.

Karasick’s time as town attorney has been noteworthy for his opinions on several conflict of interest questions affecting the township, most notably when Karasick said Sean Spiller serving on the Board of School Estimate would not be a conflict of interest. A judge later deemed it was.