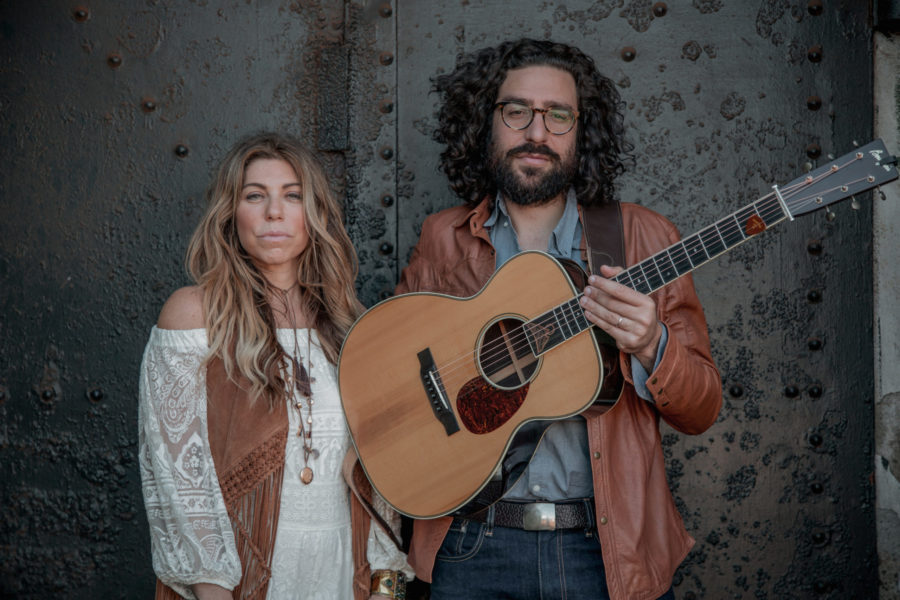 Doni Zasloff and Eric Lindberg are a typical Montclair couple, professionals with roots in New York City now raising their daughter in Montclair who like to treat themselves to rugelach from Marcel Bakery and Kitchen. Sometimes their commute to work–two-hour, forty-minute flights to Nashville–can be a drag.

Eric is an accomplished guitar and banjo player. Together with his wife Zasloff they are the songwriting duo that powers Nefesh Mountain. The band, launched in 2015, blends Americana, Appalachian Bluegrass, Celtic, Eastern European, and Jewish influences into their introspective and uplifting music. Nefesh is Hebrew for “soul.”

“This album is very much a celebration; it’s about adventure and endurance and pushing through the difficult times,” says Zasloff. “We’re looking at some painful things in these songs, but it always comes back to the idea of persevering and letting love be your fuel.”

Sparrows strike a chord with Zasloff and Lindberg.

“To us, sparrows represent a small but mighty voice. That’s why we chose to name the album for them—they’re often overlooked, but they’re beautiful and everywhere,” says Zasloff.

The theme of love runs through “Somewhere on This Mountain” a beautiful ballad featuring Bluegrass legend Jerry Douglas on dobro (wood-bodied resonator guitar). Zasloff and Lindberg sing: “But when I see myself/Through the mirror of your eyes/And hear the Canyons/In your voice/I can feel all the versions of/Myself coincide/As all my scattered pieces are rejoined.”

“Tree of Life” is about the tragic shooting at the Tree of Life synagogue in Pittsburgh. Zasloff and Lindberg wrote the song shortly after the massacre in 2018. In the song, a simple banjo melody, love conquers the darkness. “I’m angry and tired of this great divide/But I sing nonetheless/With love on my side.”

The optimism of Nefesh Mountain shines brightest in “Piece of the Sun.” “It’s about how, despite everything that’s happened, we still believe that people are good and that there’s love out there for us to share and make things better,” says Lindberg. Zasloff and Lindberg were inspired to write the song by their daughter saying she thinks everyone in the world has a piece of the sun in them.

“The song starts with that exact story, and then goes on to Anne Frank and the beautifully optimistic spirit she was able to hold onto in even the darkest of days,” says Zasloff. The band dedicated the song to Anne Frank. 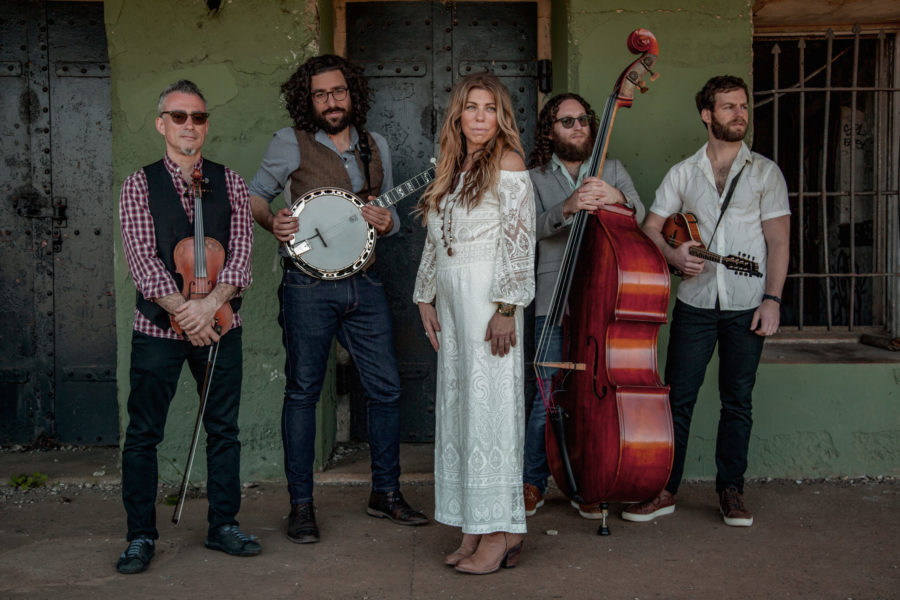 Poetic lyrics combined with expert musicianship make “Song of the Sparrow” a great listen. “Wanderlust” has rollicking banjo solos. Nefesh Mountain’s string prowess is spotlighted in the nine-minute, five movement instrumental “Suite for a Golden Butterfly.” The piece is about a family’s trek from the Carpathian Mountains, through Europe, to America. The beginning of the piece reflects eastern European music, then takes on Celtic influences.

That’s a trip from Montclair, but Zaslow and Lindberg love the experience.

“To be in the studio with Sam Bush, Jerry Douglas, and Bryan Sutton. They’re our heroes that have turned into real friends of ours over the years. It’s a dream come true, career wise and musically,” says Lindberg. “It’s extra special that we get to live in Montclair and be a part of this community, but also get to go down south and rub elbows with our buddies.”

Nefesh Mountain will be in our area for two shows: Tuesday, November 30, 7:30 p.m. at City Winery in New York City and Thursday, December 2, 7:30 p.m. at Temple Sharey Tefilo-Israel (for SOPAC) in South Orange.