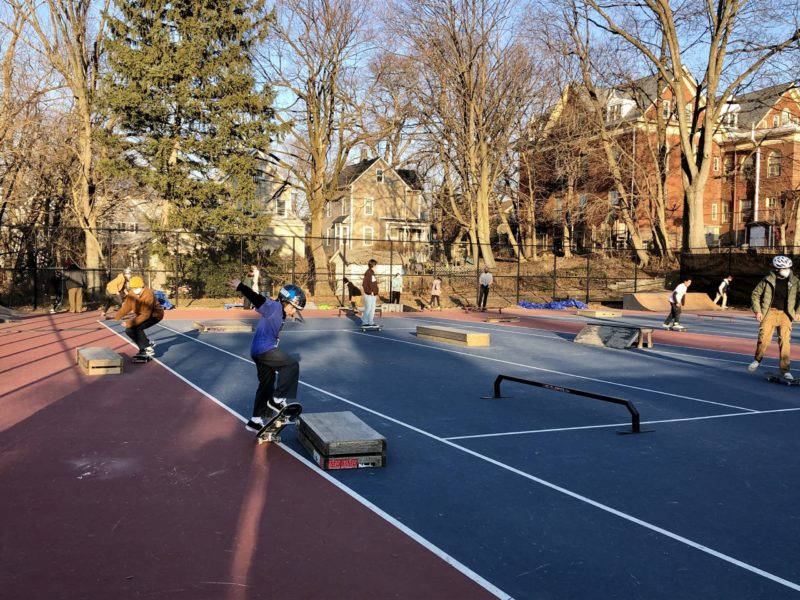 Remember when Montclair’s township council passed a resolution for a permanent Montclair skate park back in July. Then, Skate Essex, a non-profit established to help local communities create safe skateboarding spaces and programs for children, raised funds at the Party 4 the Park in December to be used toward the first phase of the Montclair Skate Park at Rand Park.

On Tuesday, a permanent skate park in Montclair took another small step forward. Councilors Peter Yacobellis and Robin Schlager put up a Resolution to take the next steps for a permanent Skate Park at Rand Park that was ultimately tabled until the next council meeting. The resolution includes:

“Skate Essex has raised all the funds necessary for this work and the engineers are available to do the work beginning in March,” said Yacobellis Tuesday.

Yacobellis also stated that while the funding model, design and work plan are being developed, the plan could include taking down the fence between the two sets of tennis courts to make it one large temporary space and/or allow construction to start on one side while keeping the other open for use.

Yacobellis addressed that by closing the two remaining tennis courts at Rand, Montclair would be left with 14 Township courts and 10 County courts within the Town limits.

“This is a chance to reimagine that whole area. It’s not just about a skatepark,” added Schlager, who has been involved with effort to bring a skate park to Montclair for more than 20 years. Schlager mentioned the possibilities for the area that would include the skate park: enhancing basketball; creating pickleball courts; and adding bathroom facilities. Schlager voted yes for the resolution as did Councilor at Large Robert Russo.

Before the vote was finalized, Yacobellis asked to table the resolution until the next council meeting to give the other council members the time they expressed needing. Schlager seconded and the resolution will be on the January 18th agenda.