Citing insufficient evidence, the Essex County Prosecutor’s Office announced Wednesday that it would not bring criminal charges in the case involving a Maplewood elementary school teacher removing a hijab from the head of a student.

“Following a full investigation and a thorough review of all the available evidence and the applicable law, the Essex County Prosecutor’s Office has concluded that there is insufficient evidence to sustain a criminal prosecution in this case. While we understand that many may find the incident troubling, as prosecutors we have a legal and moral obligation to only bring charges in cases where we believe we can prove beyond a reasonable doubt that a crime has been committed. For those reasons, we will not move forward with this case,” the ECPO announcement states.

The reported incident took place in October 2021 at Seth Boyden Elementary School and resulted in a parent alleging her child’s second grade teacher forcibly removed her daughter’s hijab during class. Shortly thereafter, the Essex County Prosecutor’s Office, which is responsible for investigating bias crimes in Essex County, took over the investigation. 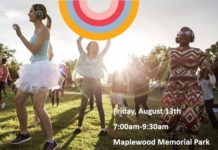