Cedar Grove, NJ – Cedar Grove parents received an email apology from the BOE President and superintendent days after a February 16 BOE meeting where both remained silent following remarks made by a parent that included the use of a racial slur.

On Saturday, February 19, the following email was sent to parents jointly from BOE President Dawn Daura and Superintendent Anthony Grosso. Before taking the position in Cedar Grove, Grosso had served in Montclair in multiple positions, ending with principal of the high school. 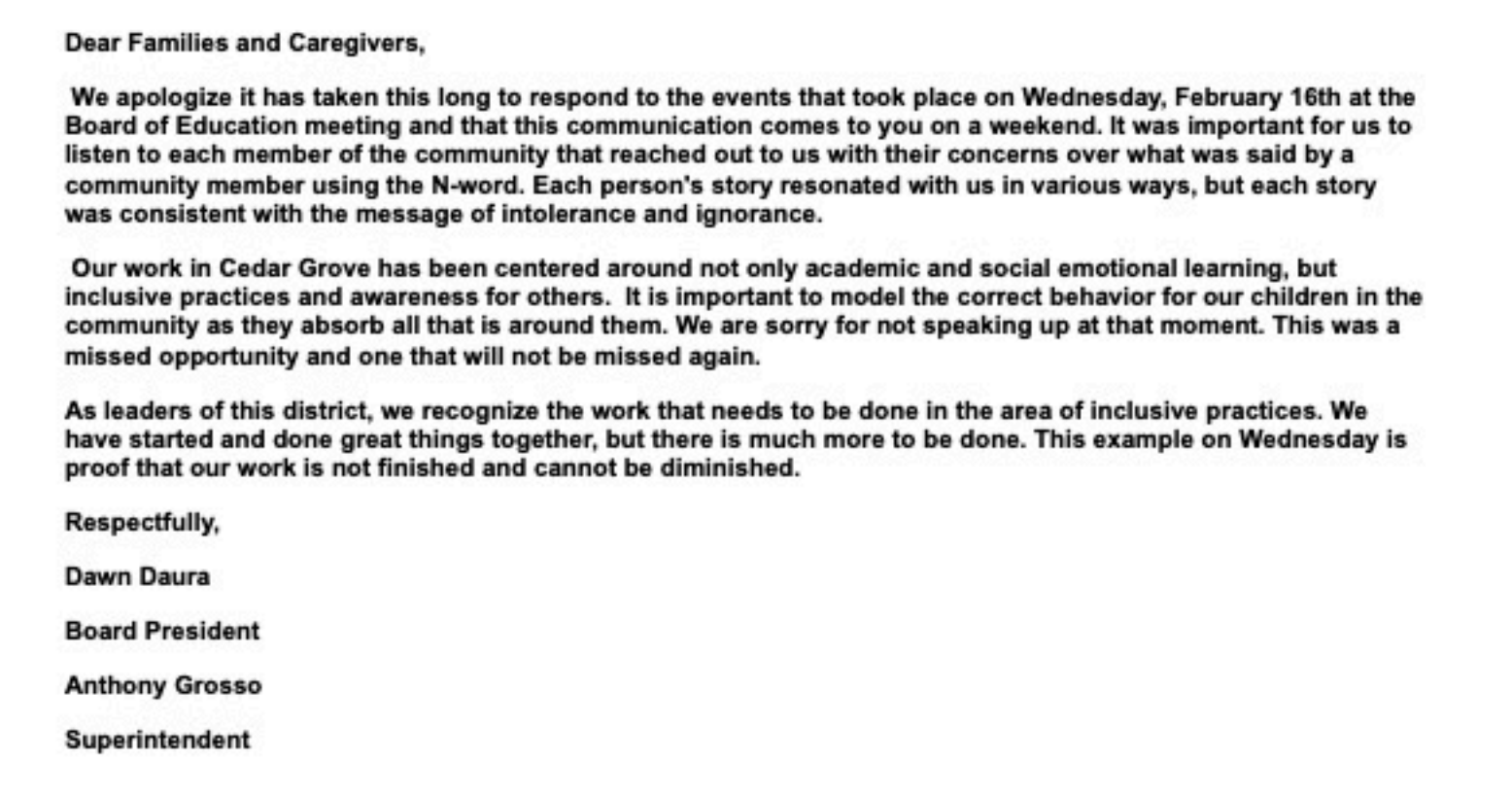 The email refers to remarks by a parent, who asked about the cost of staffing Saturday detentions and what type of offenses would warrant a Saturday detention. The parent said she heard of an incident where a student videotaped a teacher saying the “n word,” but instead of using that term, the parent said the full racial slur at the meeting (the comment with the racial slur has since been removed from the BOE public meeting video).

Grosso answers the question of the parent regarding Saturday detentions, but does not say anything about the use of a racial slur at the public meeting, a meeting where parents say students were also present.

When a parent speaks up from the audience (at 13:50 in the video), saying she found the use of the n-word highly offensive, the only response is from the BOE President, who says “OK, we are going to move on.”

Parents who reached out after the meeting to express their disappointment are now asking that the BOE make a public apology as well as a statement denouncing the use of racial slurs at the next Board of Education meeting. They also want to know why a statement was not made by the BOE immediately and why it took three days to respond to parents who emailed to complain about the incident. Additionally, they are requesting for the Superintendent to investigate the teacher who allegedly used the word in class.

“No community is perfect but what has happened since I moved here has been eye opening,” said one Cedar Grove parent. “We had parents in the audience that are currently teachers and Principals in other school districts making the excuse that this adult used the word in context. That it was OK to repeat it. We would like for people to be informed as to what is happening. That such hate is not accepted.”