Montclair, NJ — Outpost in the Burbs presents Suzzy Roche and Lucy Wainwright Roche on March 18, 2022 at 8:00 p.m. This concert will take place at the First Congregational Church, 40 S. Fullerton Avenue in Montclair.

One lucky winner will score a pair of tickets! To enter, leave a comment below on this post by 5 p.m. on on Monday, March 14, 2022. One winner will be chosen at random.

Mother and daughter Suzzy Roche and Lucy Wainwright Roche have shared a life on the road. Their 2013 recording “Fairytale and Myth” – the first recorded collaboration between them – won the Vox Pop best singer/songwriter CD for the Independent Music Awards and their 2016 CD “Mud and Apples” was also nominated for an Independent Music Award. Lucy’s release “Little Beast”, was the winner of 2019 Independent Music Award for best singer/songwriter album.
Suzzy has compiled and released a collection of songs written by her late sister, Maggie Roche, entitled “Where Do I Come From” (2018) and has released her second novel, “The Town Crazy” (2020). 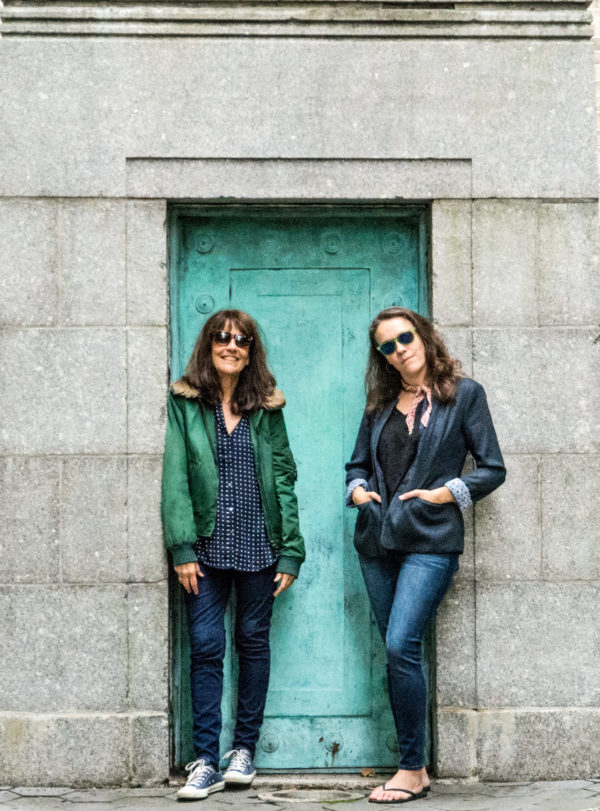 Suzzy Roche is a singer/songwriter/performer/author and founding member of the singing group The Roches. She has recorded over 15 albums, written music for TV and Film, and toured extensively for 30 years across the U.S. and Europe. She has performed with the experimental theater company, The Wooster Group, most recently in “A Pink Chair (in place of a fake antique), Early Shaker Spirituals” – a record album interpretation, and “The Room” by Harold Pinter,” at the Performing Garage in NYC. Her children’s book “Want To Be In A Band?” (Random House) was published in February 2013. “Wayward Saints” (Hyperion/Voice) is her first novel and was a selection of the Spring 2012 Barnes & Noble Discover Great New Writers Program.

Lucy Wainwright Roche has been compared to Joni Mitchell and Patti Griffin by NPR. She is the daughter of Suzzy Roche and Loudon Wainwright III, but has her own career as a touring songwriter and recording artist, having made five solo recordings. Her solo collection, the critically acclaimed “There’s a Last Time for Everything” was released in 2013 and her recording “Little Beast” was the #5 album on Folk Radio with 4 of the top 20 most played tracks. She has toured in the US and UK, and performs regularly with the Indigo Girls. Lucy is known for her crystal-clear voice and straightforward humorous stage presence.

Suzzy and Lucy released their third collaboration, “I Can Still Hear You” in October, 2020. Recorded from their New York City homes during the quarantine, this 11-track album showcases soul-searching, thought-provoking originals and perfectly chosen covers, along with guest appearances by Amy Ray and Emily Saliers of the Indigo Girls. The 11 tracks, 8 original and 3 covers, explore themes of good and evil, youth and mortality, the absurd and the serious, the real and the imagined, and the connection between what is present and what is gone. Each of their albums together have documented a specific time and this one, according to Suzzy, “probably is the darkest, but at the same time, it’s the most fanciful too. This time, there seemed an extra urgency about it.”

A show with Suzzy Roche and Lucy Wainwright Roche is a fun-filled evening of smart, thoughtful, songs with plenty of familial harmonies.