The arduous campaign to enact a rent control ordinance in Montclair has finally come to a successful conclusion. I would like to publicly acknowledge the significant participants primarily responsible for achieving this goal. Most important is The Tenants Organization of Montclair (TOOM) which began to organize in 2019 around the massive wave of unconscionable rent increases in town. Other organizations in Montclair joined with TOOM in the task of working towards the enactment of a fair rent control ordinance to ensure fair rents for Montclair’s tenants . The NAACP Housing Committee, the Housing Commission of Montclair, and the Montclair Landlord-Tenant Advisory Committee became key members of the coalition organizing this effort. Many of the local clergy also lent their support. With the incredible work of local grassroots leaders Ahava Felicidad, Toni Martin, William Scott, Deidre Malloy, and the late Al Pelham, their long fought campaign was successful. Montclair resident Joan Pransky provided countless hours of legal expertise in the process. Her work was indispensable in crafting a rent ordinance that best serves the township of Montclair. I would also like to acknowledge the leadership of Mayor Sean Spiller who brought the contending parties together to negotiate a fair settlement.

Letter to the Editor: A Town Is As Good As Its Schools 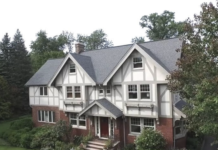 Letter to the Editor: The Historic Preservation Commission Followed All The Rules