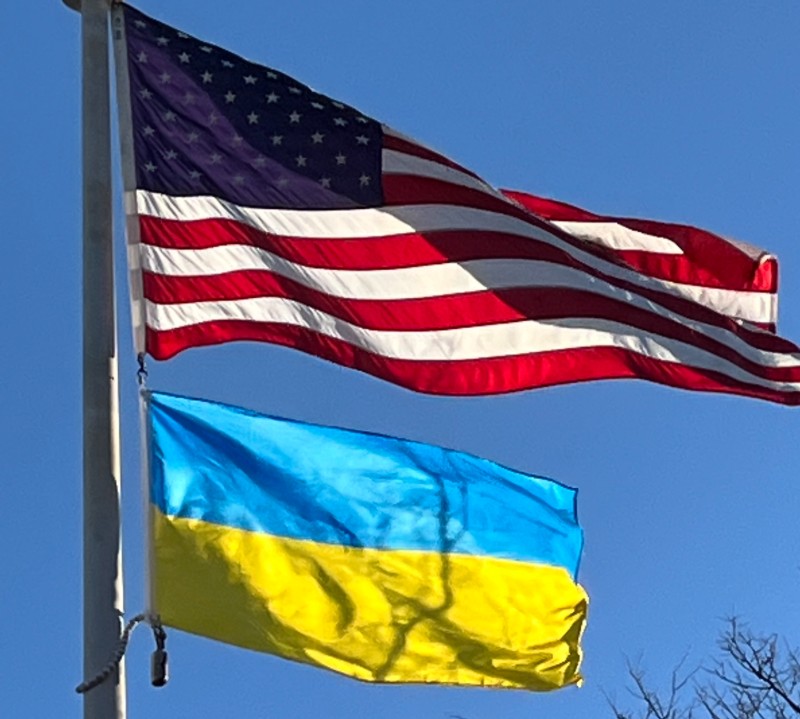 Montclair, NJ – Walk by the flagpole at Church Street and Bloomfield Avenue and you will see it.

Montclair is flying the Ukrainian flag in Montclair Center to show solidarity to the people of Ukraine amid the ongoing Russian invasion. Montclair joins towns and cities around New Jersey showing their support by flying Ukraine’s blue and yellow flag.

Montclair Councilor at Large Peter Yacobellis initiated the placement of the Ukraine flag in Montclair in addition to the fundraising effort he started on Facebook.

“Over the last few weeks it’s been really hard watching what is happening to the largest democracy in Europe and the innocent people there. But it’s also been inspiring to witness the resolve of the people of Ukraine too. On behalf of Ukrainian Americans living in Montclair, my colleagues and I wanted to make a powerful statement in a show of solidarity and do it in a place where many people would see it to send the larger message that we are with the people of Ukraine,” says Yacobellis.

“I also want to thank the over 300 people who donated over $25,000 to my fundraiser to get 500 mobile medical units to refugee camps in the countries that border Ukraine to the west. Montclair’s collective heart is really beautiful to see,” Yacobellis adds.

You can also help support Ukraine by donating to Doctors without Borders, American Red Cross and to Ukrainian relief efforts and donation drives.