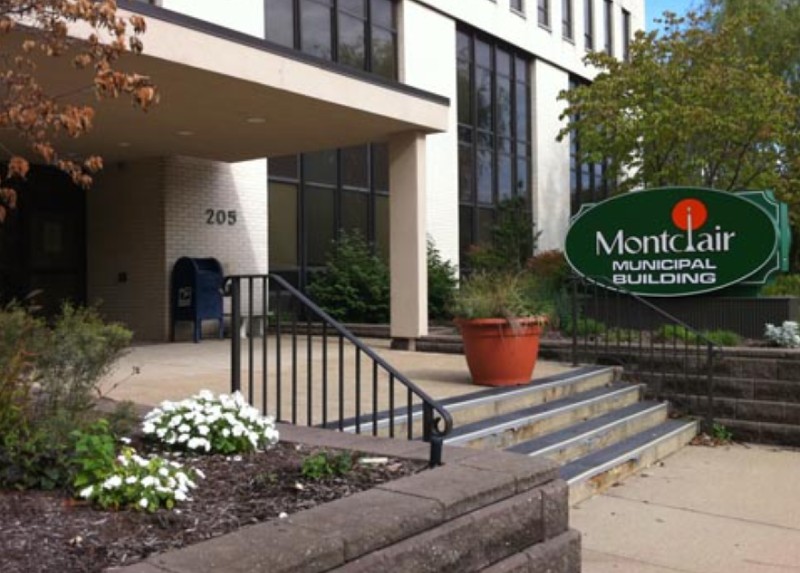 Montclair, NJ – A compromise has been reached on the substance of a new rent control law in Montclair, putting an end to a two-year long fight by Montclair Property Owners Association against the Township of Montclair for passing its rent control ordinance in 2020 and eliminating the possibility of a special election in May. Both Councilor at Large Peter Yacobellis and First Ward Councilor Bill Hurlock attended a meeting Monday with all parties involved where some of the last outstanding issues were resolved.

“This process has always been about fighting for Montclair ideals through protecting diversity in Montclair,” said Mayor Sean M. Spiller. “Housing is one of the great challenges we face as a society. I am proud, after a number of past efforts, that we were able to come together and hammer out a deal on real tenant protections.”

The new rent control ordinance will include a rent control board and rent control officer. The board will be responsible for developing new regulations, monitor implementation and manage the process for addressing tenant complaints. The ordinance caps rent yearly rent increases at 4% and at 2.5% for senior citizens.

“The Montclair Chapter of the NAACP is pleased with the Settlement between all parties that will allow a revised and we believe improved Rent Control Ordinance to be enacted in Montclair. We want to thank our own William Scott, Chairman of the NAACP Housing Committee for his long term leadership in fighting for affordable Housing . We also want to thank and acknowledge the efforts of Deputy Mayor William Hurlock and At Large Councilman Peter Yaccobellis for their essential role as mediators to find an agreement acceptable to all parties,” said Roger Terry, President of Montclair NAACP.

First Ward Councilor Bill Hurlock was pleased that both sides – the Montclair Property Owners and the Tenants Organization of Montclair Advocacy Group as well as others – were able to come together to reach a compromise on rent control in Montclair.

“I am glad that I could meet with representatives from all interested parties, and certainly my council colleagues, over these many months who assisted in reaching this historic compromise. This is good for all citizens of Montclair,” Hurlock added.

“TOOM is deeply proud of all the tenants and community leaders who worked so hard to secure tenant rights and keep our community diverse,” said Toni Martin of Tenants Organization of Montclair (TOOM). “Our lead negotiators, Mitch Kahn of NJTO and attorney Joan Pransky were magnificent, relentless warriors for reasonable rent control. AhavaFelicidad, who stood up two years ago to lead the movement, was fierce and brilliant in organizing tenants on their own behalf. I was privileged to stand beside her. William Scott, in the fight for affordable housing for more than 40 years, was staunch and unwavering and finally saw this critical victory accomplished. Deirdre Malloy was a valiant champion for tenants, bringing a vast store of knowledge about housing issues to our struggle. This was a hard, long fight. The agreement today is historic and will change everything for tenants of Montclair who have gone unprotected since the founding of the township. Congratulations to all of us.”

“We are very satisfied with the results thus far and look forward to rent control implementation. The community has earned this and we are grateful to Mitch, Joan and the insiders for their sleepless nights and endless commitment to reaching this resolution to rent control for Montclair. The Tenants Organization of Montclair will continue to grow and educate tenants planning for the future. After the second reading of the ordinance it will be time to celebrate all of our efforts,” says AhavaFelicidad of TOOM.

“In any negotiation, neither party should leave completely happy,” said Fourth Ward Councilor David Cummings. “I’m glad the parties were able to come to an agreement. I think the addition of two and three family houses is important addition. I look forward to approving and making sure the ordinance is effectively administered.”

The Montclair Rent Control Repeal Committee of Petitioners, supported by the Montclair Property Owners Association [MPOA], announced Thursday that they had come to an agreement with the representatives of various tenant advocates on provisions and language for a new rent control ordinance.

“The Mayor and Council previously said that if we came to an agreement, the Township would pass the Ordinance,” said MPOA’s Ron Simicini. “We have delivered the compromise ordinance to the Township attorney and now call upon the Municipality to convene a Special Meeting to adopt the Ordinance in advance of the expiration of the Committee of Petitioner’s statutory period for withdrawal of its Referendum at midnight on Friday, March 25th. We also want to recognize Councilor Yacobellis for inviting tenants and landlords to a mediation session with Deputy Mayor Hurlock without which several critical issues would not have been resolved.”

According to the MPOA, the new ordinance features the following provisions:

The negotiations also yielded an agreement on legal fees where the township will save 60% on legal fees arising from the rent control litigation, creating savings for taxpayers. The MPOA agreed to give back half of the township’s remaining portion of legal fees to create a rental assistance fund. The MPOA will drop all of their litigation against Montclair.

“It has been a two year saga and I hope a lot of lessons have been learned. Never again should such a consequential law be rushed through in a pandemic and in the middle of a campaign when the issue is also a major campaign issue between the two mayoral candidates. The result of that was a poorly written law that left most renters unprotected and cost us a lot of money and an incalculable amount of time ever since it was enacted and immediately halted by the courts,” said Yacobellis, a former rent control officer for New York State. “I’m really pleased to share that Montclair Rent Control 2.0 includes rental units in two and three family dwellings so long as the owner doesn’t occupy one of the units in that structure. That’s a big deal and nearly doubles the amount of renters who will now be covered. This affects thousands of people’s ability to afford to stay in Montclair and I would have not accepted this deal without it.”

“To be clear, I did not get close to everything I wanted in rent control 2.0. I always thought instead of a fixed annual increase, that instead it should be tied to the Consumer Price Index and set by a Board each year. Then you wouldn’t need the Council doing rent freezes because the economic conditions would tell the Board that it had to do 0 or 1% in a tough year. And while I admire doing a special rate of 2.5% for seniors, I worry that without strong oversight or enforcement mechanisms, that it can invite discrimination against seniors,” Yacobellis said. “We’ll have to watch for that. I also wanted tenants to be able to get a discount on multi-year leases and for families to have succession rights for a rental that may have been in their family for a long time. But again, this is about compromise and all of us being a little unhappy and at the same time, satisfied.”

“I have been a member and supported TOOM’s efforts to negotiate a fair rent control ordinance with landlords,” says Councilor at Large Bob Russo. “We now have a settlement and good compromise that will keep Montclair affordable for our many senior tenants, younger residents and working families who rent apartments, maintaining Montclair’s diversity for the future with affordable housing available to all. I’m glad I have made this fight for the last 20 years since I was Mayor and that we have finally brought reasonable rent control, agreed to by the entire Montclair community, to fruition today.”

Mitch Kahn on behalf of TOOM said, “We are grateful for all who maintained their commitment to rent control, tenant protections and economic diversity in Montclair throughout the process and thank Mayor Spiller for lending a big hand to the negotiations. The rent control measures we negotiated will protect families, seniors and others from the undue burden of unreasonable rent hikes and will allow many to stay in Montclair and continue to contribute to the richness of our community.”

“I want to thank Mitch Kahn, Joan Pransky, Steven Plofker and those he worked with to help negotiate, Deputy Mayor Hurlock, Councilors Robin Schlager, Lori Price Abrams, David Cummings and Bob Russo for their commitment to helping Montclair’s tenants,” said Spiller. “Good government is about bringing people together, negotiating, working through challenges and coming out on the other side with real solutions that make a difference in people’s lives,” he continued. “The adoption of rent control has long eluded Montclair. I am thrilled that we were able to reach a deal that enables us to move forward.”