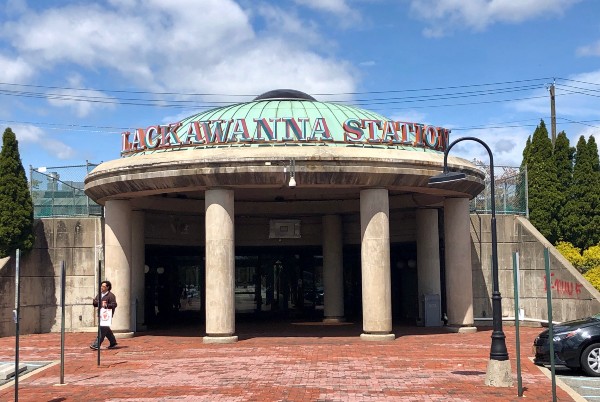 It’s not going to be an 80,000 square foot supermarket, but the grocery store at the center of the Lackawanna Station redevelopment will be about half that size — larger than any of the other grocery stores in Montclair and comparable in size to the West Orange Whole Foods.

Those details were shared by David Placek of BDP Holdings, the developer for Lackawanna Station, at a community meeting held by Montclair Fourth Ward Councilor David Cummings Wednesday.

Placek, describing his family as Ruffles potato chip fans, said having a grocery store with familiar brand names was very important to people in the community.

“The priority since day one has been to get a grocery store into Lackawanna Plaza that will be a viable grocery store. It’s not gonna go out business in five years or 10 years,” he said.

Lackawanna Plaza, once a bustling shopping center, became almost entirely vacant after the closure of Pathmark in November 2015. Pig & Prince struggled after the closure and ultimately closed its doors in 2019. For a a while, only Popeye’s Chicken and a pizzeria remained.

A formal announcement about the grocery store should be coming in a month or so, said Placek, who expects to share more details at that time.