Montclair, NJ – Update: According to Essex County Clerk Chris Durkin – 35,011 is the number of registered voters in Montclair. Durkin says the 37,000+ number includes Essex Fells voters because both had elections yesterday.

“As of now 4,217 ballots cast in Montclair. That does not include one voting district in Montclair and some vote by mails and provisional ballots,” added Durkin on Wednesday afternoon.

It’s not the lowest voter turnout, but it was still mighty low.

Montclair had a historic, first ever vote in a special election for two members to the Board of Education, but Montclair barely showed up to vote. Only 8.67% of Montclair’s registered voters cast a ballot (according to Essex County Clerk website) despite forums and other efforts to educate voters on the candidates running for the two seats.

The two candidates who won according to unofficial results were Melanie Deysher and Phaedra Dunn, two candidates backed by Vote Montclair, a group with a goal to “increase voter participation and engagement,” who was responsible for the movement to an elected Board of Education, something voters chose in November 2021.

Dunn is a licensed clinical social worker who was active in the Montclair PTA. Deysher, also active in the PTA, is an occupational therapist. 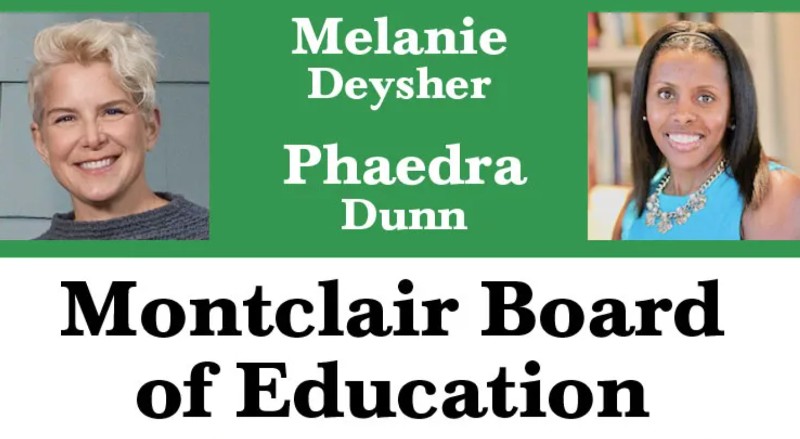 “I’m really excited about the election of Melanie Deysher and Phaedra Dunn. I think they will make two outstanding new board members,” said Councilor at Large Peter Yacobellis. “One of the most common refrains I heard from folks was that they were overwhelmed by an abundance of good choices in this election. I think that’s a good thing. And while I’m disappointed that turnout wasn’t higher, this was a one-time special election. Going forward, electing school board members will take place on Election Day in November, which should help both in terms of giving people more time to consider candidates and with the convenience of voting when one would be most likely to vote anyway.”

Yacobellis was the only council member to publicly support an elected BOE for Montclair when the issue went to referendum in 2021.