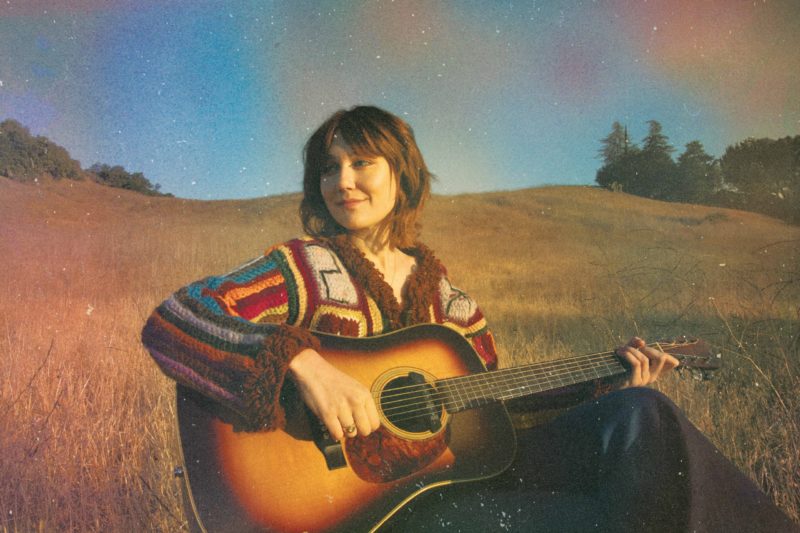 Montclair, N.J. — Outpost in the Burbs presents Molly Tuttle & Golden Highway on April 8th, 2022 at 8:00 p.m. This concert will take place at the First Congregational Church, 40 S. Fullerton Avenue in Montclair. Opening the show will be the trio Oliver Hazard.

One lucky winner will score a pair of tickets! To enter, leave a comment below on this post by 5 p.m. on on Wednesday, April, 6, 2022. One winner will be chosen at random.

An award-winning guitarist and songwriter, native Californian Molly Tuttle continues to push her songwriting in new directions and transcend musical boundaries. Since moving to Nashville in 2015, she has worked with many of her peers and heroes in the Americana, folk, and bluegrass communities, winning Instrumentalist of the Year at the 2018 Americana Music Awards. Tuttle’s 2019 debut album, When You’re Ready, received critical acclaim, with NPR Music praising its “handsomely crafted melodies that gently insinuate themselves into the memory,” and the Wall Street Journal lauding Tuttle’s “genre-boundary-crossing comfort and emotional preparedness,” calling the record an “invigorating, mature and attention-grabbing first album.”

Tuttle’s accolades also include Folk Alliance International’s honor for Song of the Year for “You Didn’t Call My Name,” from her 2017 Rise EP, and consecutive trophies for the International Bluegrass Music Association’s Guitar Player of the Year; she was the first woman in the history of the IBMA to win that honor.

During the pandemic, Tuttle recorded a covers album, …but i’d rather be with you, which was released in August 2020. The record, which features guest vocals from Dawes’ Taylor Goldsmith and Old Crow Medicine Show’s Ketch Secor, includes songs by musicians ranging from FKA Twigs to Cat Stevens, Rancid to Karen Dalton, and The National to The Rolling Stones. The New Yorker’s Jay Ruttenberg, in praising her rendition of the Stones’ “She’s a Rainbow,” says: “In Tuttle’s reading, the song uses a bluegrass spirit to look to the past—and a feminist allegiance to peek at the future.”

Few people have heard of Waterville, Ohio. A rust-belt city of a few thousand, settled against the Maumee River— a sense of place found in the music of Indie- Folk trio Oliver Hazard. The story of the three childhood friends, Mike Belazis, Griffin McCulloch, and Devin East, is built on the foundations of their hometown following. Slowly growing their fanbase through the use of DIY performance spaces, the band has since rented out movie theaters and minor league baseball stadiums to produce their own live performances. The trio even started their own music festival, constructing a stage in the middle of their town’s main street.

In growing this grassroots origin story, the band decided to create their own tour- ing model, aptly named “The Living Room Tour.” In 2018- 2019, the band performed in over 60 living room around the United States. They plan to continue to grow this model indefinitely. In addition to the Living Room tour, the band has secured slots in nationally acclaimed arenas like Bonnaroo, Mountain Jam, and Americanafest, all the while, touring with bands like CAAMP, Mt. Joy, The Band Perry, America, The War & Treaty, Old Crow Medicine Show, and many more.

Ticket Information: Tickets for this show are on sale now and can be purchased via TicketLeap at www.outpostintheburbs.org

To gain entry, every patron must show a completed vaccination record (dated at least 14 days before the show). Photocopy, a photo on your phone, proof via the DOCKET app (covid19.nj.gov/pages/vaxrecords) or Excelsior Pass (NY residents) will be acceptable. A negative COVID test will not be accepted for entry.
Masks will be optional. **Note: This is a policy change as of 4/8/22
Unvaccinated children of any age will not be permitted to attend.
Photo ID to match vaccination record is required of all patrons 18 and over.