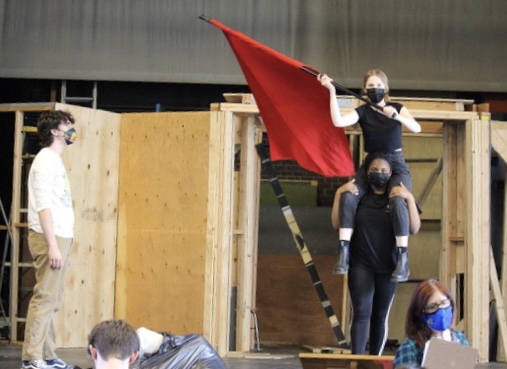 Tony award winning “Urinetown: The Musical” will be performed by Montclair High’s School of Visual and Performing Arts on two weekends in May beginning Friday, May 6.

This will mark the return of the Montclair High School Spring musical to the Little Theater after an absence of two years. The annual event was canceled in 2020 due to the pandemic and last year’s musical “As You Like It’ was performed outdoors. There will be four evening shows (7:30 p.m.) on May 6, 7, 13 and 14, as well as a 3 p.m. matinee on Sunday, May 15. 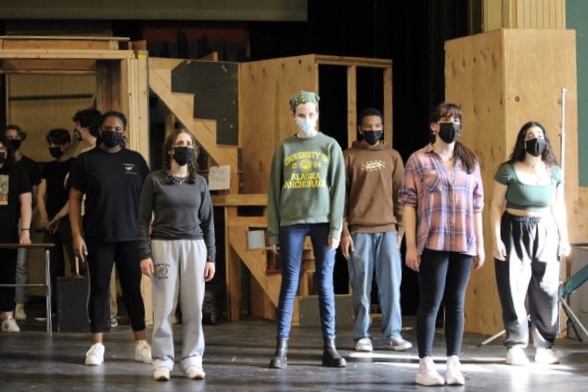 SVPA co-director Brenda Pepper, who is directing the show, explained why she chose this musical: “Urinetown was a top choice for its satirical approach to several social issues that continue to resonate today: the abuse of natural resources (such as water), the negative impact of rapacious capitalism (which often controls such resources), and the rise of authoritarianism.” At the same time, Pepper says, after two years of unrelievedly grim news, she appreciated the show’s satirical approach and humor, which pokes fun at everything from the show’s unmarketable title to the conventions of musical theater. 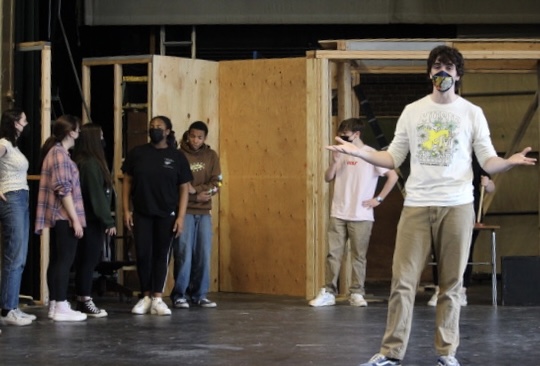 Working with Pepper on the show are Gary Rudoren, MHS architecture teacher, who is the technical director, and Mary Blackburn, dance teacher, who is responsible for choreography and costumes. Approximately 100 students are involved in the production, 40 cast members and 60 others on the various technical crews.

Tickets for “Urinetown: The Musical” are $15 for adults, $10 for students. They can be purchased in advance at https://seatyourself.biz/montclairschoolarts. A small number of tickets may also be available at the door before the performances. The Little Theater is located in the George Inness Annex at 141 Park St. in Montclair.