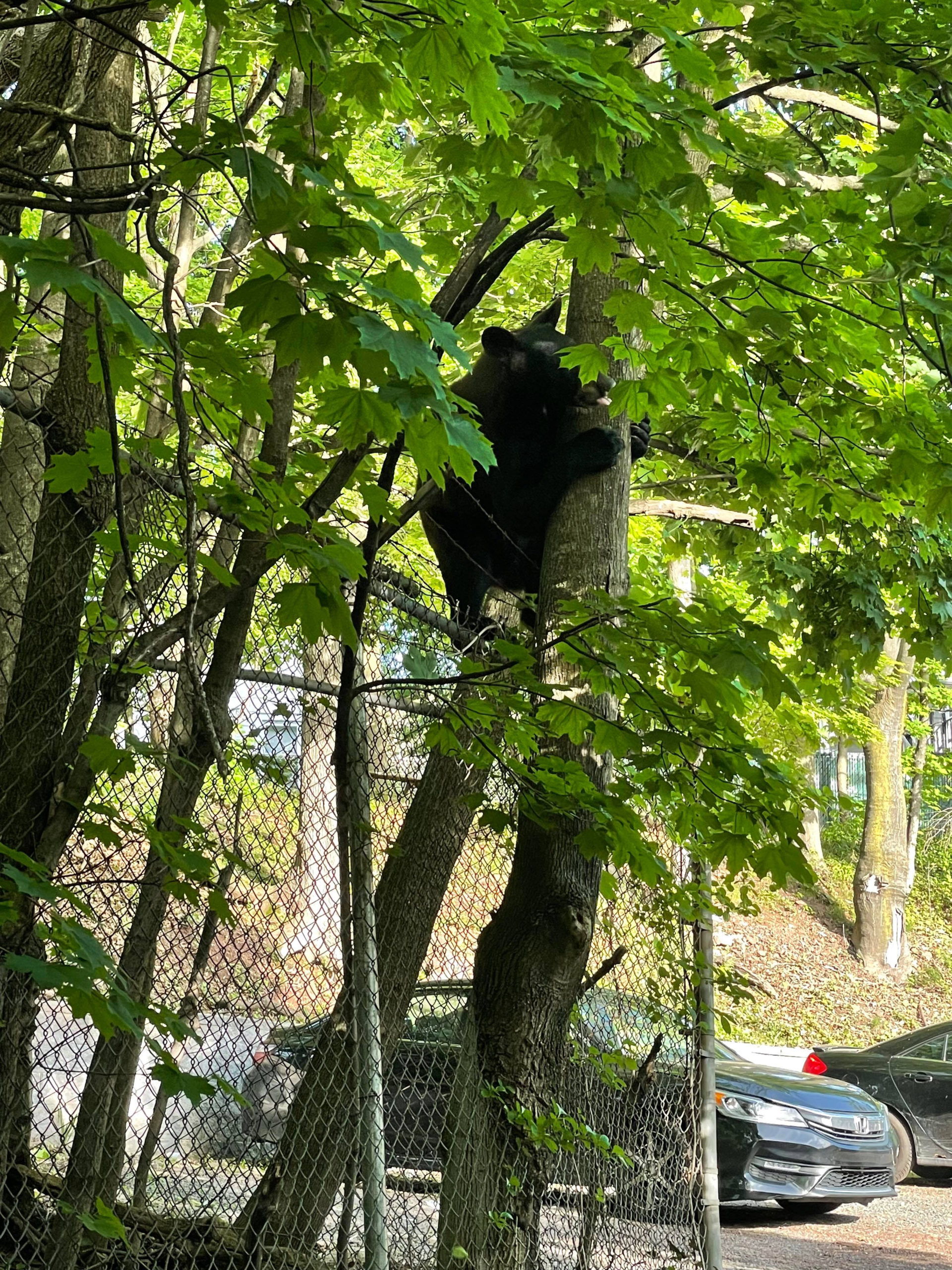 Montclair, NJ – A black bear that had made its way through Montclair Monday, spotted behind the main library and in backyards along Union Street, has been safely transported out of the township.

Montclair Animal Control Officer Michele Shiber and her team followed and supervised the bear, in a collaborative effort with Montclair Police, until New Jersey Fish and Wildlife arrived to immobilize the bear and safely take it to a less populated area in New Jersey. Montclair Fire Dept. also donated manpower to assist with securing the bear in netting during the tranquilizing process.

The bear was tranquilized and tagged on the ear and also received a tattoo on its lip for future identification purposes. The bear was roughly 18 months old and between 140-160 pounds according to Shiber.

The rescue happened after the bear crossed the street and then climbed in a tall tree near Gates and Union, across from an apartment building. Shiber said the Fish and Wildlife arrived at the perfect time since bears can be unpredictable and there was concerns that the bear was not that far from Washington Street and Bullock School.

The bear was first seen in Montclair Monday morning, near Gates and Bloomfield Avenues. Police were notified by a resident who spotted the bear in a tree around 7 a.m.

It’s not the first time Montclair has had a bear visit. A black bear visited Montclair in 2016 and caused quite the stir. In 2013, a black bear was in Watchung Park near the Watchung Train Station.

Bear sightings have been on the rise all over New Jersey with a report of one in the Caldwell/Essex Fells area on Sunday and more around the state as bears wake from hibernation. Last week, a small black bear clung to a utility pole in Wyckoff.