“I always say that the strength of Essex County lies in the diversity of our residents, and that includes the LGBTQ community. They have a tremendous role in all sectors of the county, from the arts to education to politics to business and our new LGBTQ Affairs Office will provide a platform for advocacy and raise awareness,” DiVincenzo said. “For years, our LGBTQ Advisory Board has advised my administration and, when they recommended that more attention be given to issues affecting the LGBTQ community, I knew the creation of this office was needed,” he added.

“This is indeed a red-letter day for Essex County and its LGBTQ community. The creation of this office signals that LGBTQ+ individuals are full members of the Essex County community and that the county government will listen to our concerns, address our needs and respond to our desires,” Bledsoe said. ““This office would not exist without the work and advocacy of Essex County Executive Joseph N DiVincenzo, Jr., Chief of Staff Phil Alagia, Deputy Chief of Staff Teresa Ruiz; Director Anibal Ramos, Jr., and the Essex County LGBTQ Advisory Board for their efforts to ensure that Essex County becomes an even more welcoming place for LGBTQ people,” he added.

“This office will help provide a different lens when we discuss policy, business development and education. This will provide another variable in making decision to continue Putting Essex County First,” Senate Majority Leader and Deputy Chief of Staff Teresa Ruiz said, adding the Bledsoe bring a unique perspective not only because of his personal experience but because he has worked at every level of government in New Jersey.

“I commend Joe for putting this together and having the foresight to know how important this is to the community. What a day for Essex County. This is long overdue,” said Commissioner President Wayne Richardson, who was accompanied by Commissioners Tyshammie Cooper, Patricia Sebold and Len Luciano.

“Joe does an excellent job of recognizing the diversity of Essex County. Reggie is a tremendous individual who is right for the job,” Prosecutor Ted Stephens said, adding that his office “upholds the rights of everyone.”

“This is truly a landmark event in Essex County. Creating an office sends a strong message. Our equality, safety and happiness are intersectional. This office will be a place where the LGBTQ community can seek advocacy, support and services, which is truly important at this time. I thank the County Executive for being such an incredible ally,” said Maplewood Mayor Dean Dafis, who also serves as Co-Chair of the Essex County LGBTQ Advisory Board.

“Reggie is the perfect individual for this job and we look forward to working with him,” said Hyacinth Foundation Executive Director Kathy Ahearn-O’Brien, who also serves as Co-Chair of the Essex County LGBTQ Advisory Board.

“Thank you, Joe DiVincenzo, for being a true supporter. This office is the next step toward lived equality and making sure the laws reach people they were intended for,” Garden State Equality Director Christian Fuscarino said.

“Councilor Russo and I joined officials from all over Essex County today to welcome Reggie Bledsoe into the role of Director of the all new Essex County Office of LGBTQ Affairs,” said Montclair Councilor at Large Peter Yacobellis. “Wearing both of my hats — as an out public official and head of Out Montclair and with everything happening in our country in terms of my community being targeted for discrimination so blatantly, I’m so thankful to Essex County Executive Joe DiVincenzo for putting real resources into this important work. I look forward to working with Reggie and the County to ensure LGBTQ+ people in Montclair are protected and cared for.”

Bledsoe is no stranger to Essex County having been born and raised in Newark, graduated from Essex County Newark Tech, elected as the youngest Democratic District Leader in District 5 of Newark’s Central Ward and serving as a member of the Newark Board of Education from 2017 to 2020. He also received the Essex County Pride Award from DiVincenzo in 2017.

He worked in Governor Phil Murphy’s administration for four years, starting with the NJ Department of Education before transitioning to the Department of Community Affairs. He also worked as a Legislative Aide to Essex County Commissioner President Wayne Richardson and former Freeholder President Blonnie Watson. He currently serves as a member of the NJ Performing Arts Center’s LGBTQ+ Advisory Council.

Previously, Bledsoe served as an advisory board member for New Jersey Child Assault Prevention (NJ CAP), a statewide community-based prevention program, and a Legislative Aide to Newark Councilman Eddie Osborne. He also has served in various capacities with the Newark Municipal Government, High Park Gardens Cooperative Corporation and the late United States Senator Frank R. Lautenberg. He is a former member of the New Jersey Federation of Housing Cooperatives and the National Association of Housing Cooperatives, and has been on the Board of Directors for United Community Corporation, One Voice for LGBTQ Issues, and Newark Gay Pride.

He is the recipient of numerous community awards. He was featured in Observer New Jersey’s List of 50 Powerful Young Black Democrats in 2015 and as one of New Jersey’s 30 Under 30: Political Up-and-Comers in 2016.

He studied at Cheyney University of Pennsylvania before completing his studies in Political Science at Montclair State University and was elected as the first African American Male Student Trustee on MSU’s Board of Trustees. 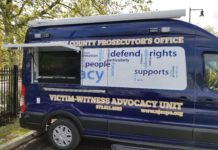