A hidden gem on Bloomfield Avenue, the DLV Lounge has played an important role in Montclair’s Black history in jazz and entertainment for the past 50 years. Owned by George Marable and affectionately known to locals as “George’s Place,” the DLV recently celebrated its Golden Jubilee as the go-to spot for jazz music in Essex County and a space to relax and converse with Montclair community members and friends.

“The unique thing about DLV is that it has brought music to Montclair for [decades]. It’s outlasted nearly every music venue in Montclair, except Tierney’s,” said Bruce Tyler, a frequent jazz musician at the Lounge. “It’s featured not only jazz, but also blues, Italian music, rock and roll, all kinds of music has been performed there.” Additionally, many local, regional and national jazz musicians have played at the Lounge, including the students at Montclair’s Jazz House Kids.

“When I think about it, I recognize that it’s a great accomplishment,” said Marable. Originally opened by his parents in 1972, Marable decided to continue DLV – named for his parents Dutch and Louise and his daughter Valerie – after they passed. Although running the bar was never a career goal of Marable’s – he had pursued a career in social work after earning a master’s degree from Rutgers University – “the more I became involved in the business, the more it grew on me.”

George is particularly proud of growing jazz entertainment in Montclair over the past 10 to 15 years and in turn, developing a clientele that has become more multicultural and multigenerational – including a wide array of entertainers and military veterans – who come together to enjoy each other and music. “I enjoy the interaction with customers, musicians and the community,” he said. Tyler, who plays regularly at the DLV with the RTD2 jazz duo and The Richard Pierson Group, believes George has done a phenomenal job with the Lounge, and particularly loves the venue’s “back in the day” feel.

“I appreciate the experience I’ve gained from ownership,” he said. “It’s been quite a journey.” 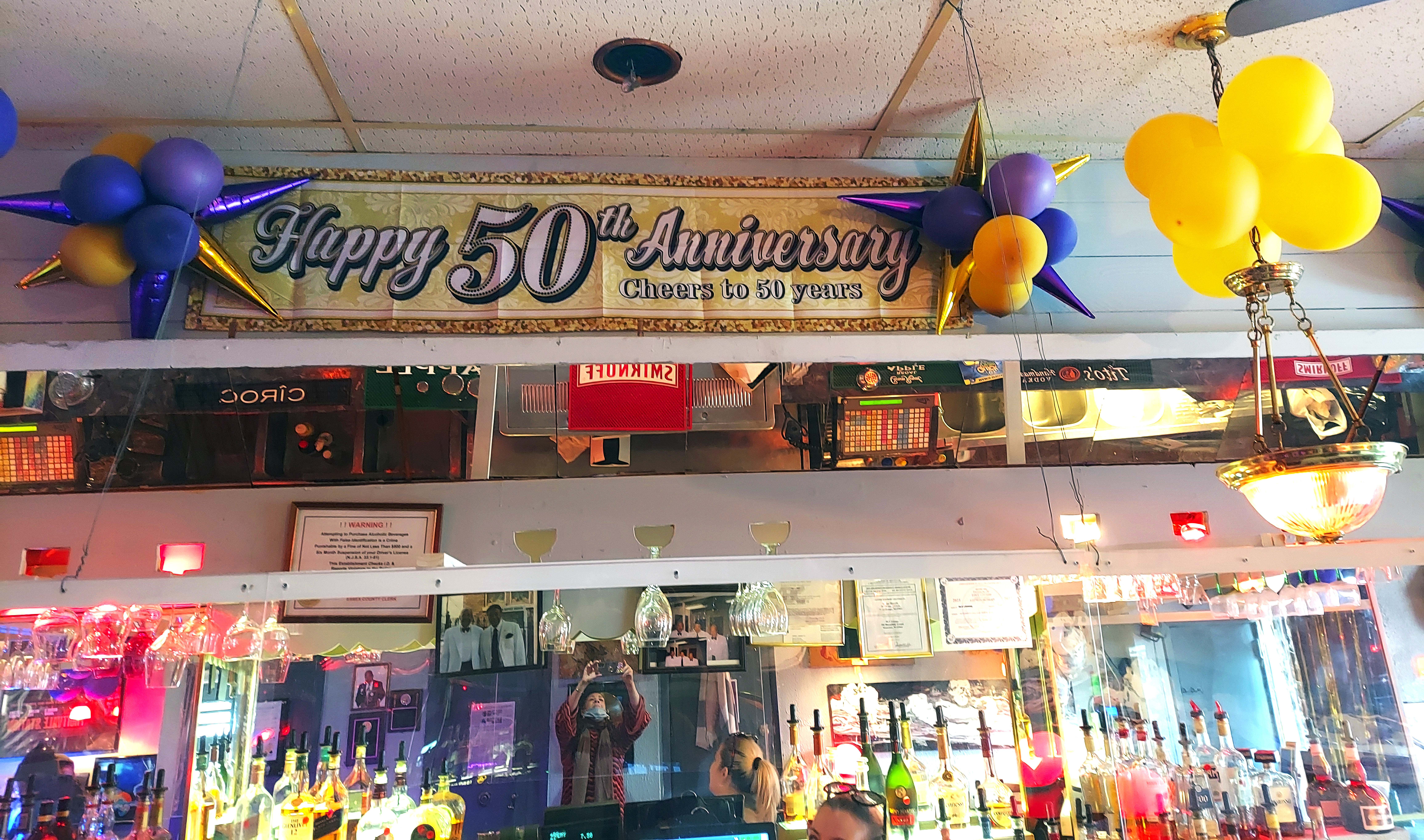