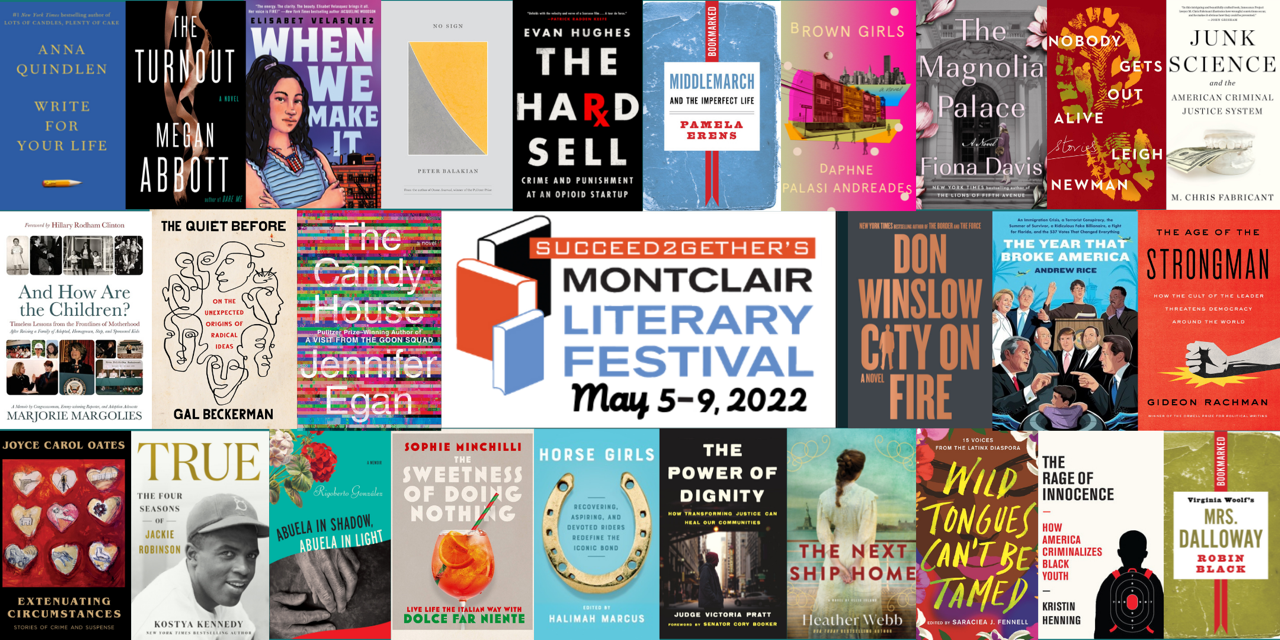 Montclair, NJ – More than 70 local, national, and international authors will take part in the sixth annual Succeed2gether’s in-person Montclair Literary Festival to be held from Thursday, May 5 to Monday, May 9, with Festival Day on Saturday, May 7, 2022.

“We’re excited to share our complete line-up with over 30 book talks, panel discussions, children’s events, and workshops, capped by a Meet the Authors celebration on May 7. There is really something of interest for everyone!” said Marcia Marley, Festival Chair.

All details can be found on the festival website https://succeed2gether.org/mlfmay22/. The majority of events are free and will be held in person either outside in tents or in the Montclair Public Library and the First Congregational Church, or in the Unitarian Universalist Congregation in Montclair.

Previously announced authors include Jennifer Egan, Elizabeth Alexander, and Don Winslow who will headline Friday May 6, Saturday May 7, and Sunday May 8, respectively. Tickets for these three events range from $30 to $35 and include signed copies of the authors’ books.

Marcia Marley said, “We are proud to be working closely with Montclair State University this year. Two of the three co-sponsored events will be held at the University including Voices of Tomorrow: Creative Writing Readings from Montclair High School and Montclair Kimberley Academy students on Friday afternoon.”