Montclair, NJ – Hundreds of people — alumni, faculty, community leaders, current students and families — gathered Sunday at Glenfield Midde School to celebrate the school’s 125th anniversary. The event offered both an opportunity to reconnect with old friends and recognize the significant role the school has played in the desegregation of the Montclair School District.

Terrell Paige, Deputy Chief of Staff for NJ State Senator Nia Gill, presented a resolution on behalf of the New Jersey State Senate, “celebrating the success that 125 years of Glenfield has brought” to Montclair.

Mayor Spiller told the crowd, “[Glenfield’s history] is a testament to us changing and becoming a better Montclair. A Montclair for all our students and all our residents. This celebration is a chance to recommit to our schools. To give them the resources that they need to make sure that the next generation of students, that next 125 years is as bright as or brighter than the 125 years past.”

Glenfield Chorus 8th Grader Taylor Robinson opened the historical presentation by singing the national anthem. In her remarks, Principal Pierce highlighted that the school, then known as The Maple Street School, opened its doors in the 1896-97 school year. It was just after the Plessy vs. Ferguson Supreme Court decision which stated, racial segregation was approved under the ‘separate but equal” doctrine.

Eighty years later, as Glenfield Middle School, it played a critical role in the desegregation of the district by attracting students through its visual and performing arts Magnet. Since that time, Montclair has become one of the oldest and most successful magnet school districts in the country.

“It’s not these four walls that have maintained the structure and foundation of Glenfield, it’s the members of the Montclair community who have pledged to support, celebrate and honor the legacy of this school.” said Principal Pierce.

Mr. Daniel Gill, who has taught at the school for 45 years, gave a presentation on Glenfield’s history, explaining how the school originally served both the Irish and Italian immigrants and African-American residents that migrated from the south and lived in the South End. Prior to building of the Maple Avenue School, there was no school to educate these children. Their parents worked for the houses “up on the hill” or in the local businesses, including a sawmill that was located near the school.

Gill also led a panel discussion on the desegregation of Montclair Schools with members of the Montclair community who grew up in Montclair and continued to impact its schools as adults. Dr. Renee Baskerville, former Fourth Ward Councilmember and BOE member, was an elementary school student plaintiff in the 1966 lawsuit Rice vs. Montclair Board of Education that resulted in an order for Montclair to desegregate. Dr. Carol Willis attended Glenfield as a Kindergartner and returned to Montclair years later to raise her family. She was appointed to the Board of Education in 1977, and was integral to the design of the current Montclair Public Schools Magnet System. Kathryn Weller, current Board of Education Member shared her own unique and memorable experience as a Glenfield student in the 1980s

Attendees were also able to experience some of Glenfield’s curriculum with its award-winning robotics program, Science Olympiad, world language and art activities for all ages. And the day concluded with an “All Classes” alumni and staff photo under the 125th Anniversary banner with its logo designed by 7th grader, Clay Swanson. 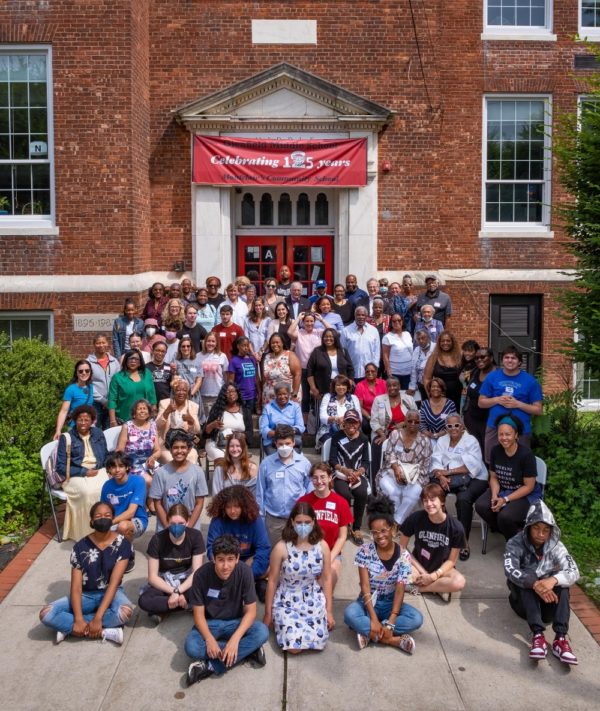