Montclair, NJ – There are big plans for Montclair’s Glenfield Park including a larger community center that will continue to be named after Montclair’s Wally Choice.

Essex County Executive Joseph N. DiVincenzo, Jr. announced the plans to update the Essex County park in Montclair with an enlarged community center, synthetic grass practice football field and parking lot during a groundbreaking ceremony on Friday, June 3rd. The improvements are part of the County Executive’s ongoing initiative to revitalize the Essex County Parks System and ensure its facilities continue to meet the growing needs of the community.

“The Wally Choice Community Center has been a hub of activity and social gathering for the community. The amount of use that the building receives has made it evident that a new, larger facility that provides a welcoming environment and ample space is needed,” DiVincenzo said. “After meeting with and getting input from residents from the neighborhood and organizations that utilize the facility, we have created a plan to provide modern meeting spaces, enhance access into the park and update the football field,” he added.

“I want to thank the County Executive for once again honoring my father’s legacy, his contributions to the community and his love of this park,” said Wally Choice, Jr., son of the late Wally Choice for whom the building is named.

“It was about a year ago that I walked this site with the County Executive and Mr. Albert Pelham and now here we are today. Once this new center opens children will have a place where they can go and learn,” Montclair 4th Ward Councilor David Cummings said.

“This really is a community event as we celebrate the physical structure but it is nothing without the people in the community making is a special place,” said Commissioner Brendan Gill, who was accompanied by Commissioner Tyshammie Cooper.

“This is a huge development for Glenfield Park. This type of investment is amazing and will show children that they can set roots in the community but also have wings and explore what is beyond Montclair,” Rev. Craig Dunn, Executive Director of the Montclair Neighborhood Development Corporation, said.

“I can’t tell you how excited we are about this project. It’s all about doing what’s best for the children. Will be great to have a field that is save and serviceable,” said Will Young from the Montclair Cobras.

The new building will be about 10,000 square feet, which is about twice the size of the current park building. It will have a large activity room, a computer room, office space, a kitchen and a room to be used as a substation for the Montclair Police Department. A patio for outdoor seating will be located on the back of the building.

The new building will be located to the right of the existing Wally Choice Center and will be situated closer to the street. A parking lot with about 40 spaces will be created in front of the building to make it more accessible. The current building, which was renovated in 2018, will remain open to public during construction. It will be razed when the new building opens, which will be by the end of 2022. 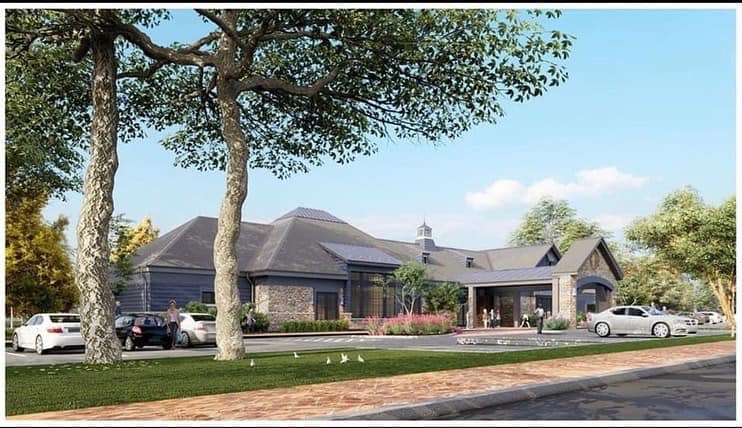 Also part of the project is the modernization of the football field. The field will be updated with a synthetic grass surface and sports lighting. 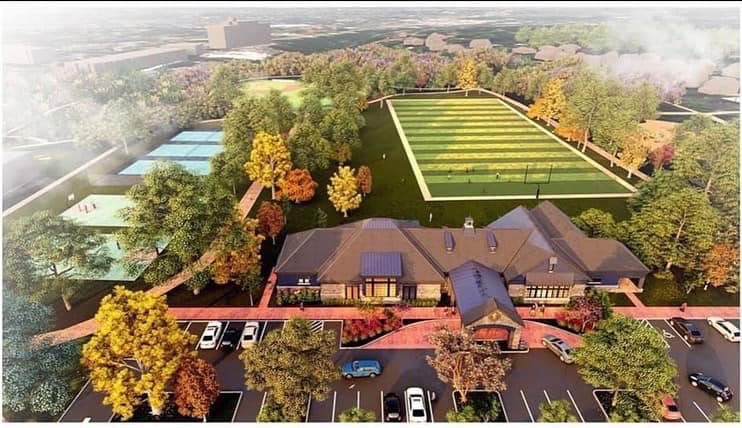 Comito Associates from Newark was awarded a professional services contract for $525,000 to design the building and park improvements. Grove Contracting LLC from Cedar Grove was awarded a publicly bid contract for $10,619,000 to perform the construction work. The project is being funded through the Essex County Capital Budget and with a $5 million grant from the NJ Department of Community Affairs.

In 2022, the Little League/softball field was updated with a new synthetic grass playing surface and scoreboard. In 2017, the tennis courts and basketball courts, named for the late Bobby Hurt, were resurfaced and new equipment was installed. In 2015, the playground and restroom building received a facelift. In 2009, the football field and two softball diamonds were modernized with new irrigation and drainage systems and resurfaced with sod to improve playing conditions. Football and soccer goals were installed on the field. A synthetic grass surface was installed on the softball field in the eastern section of the park.