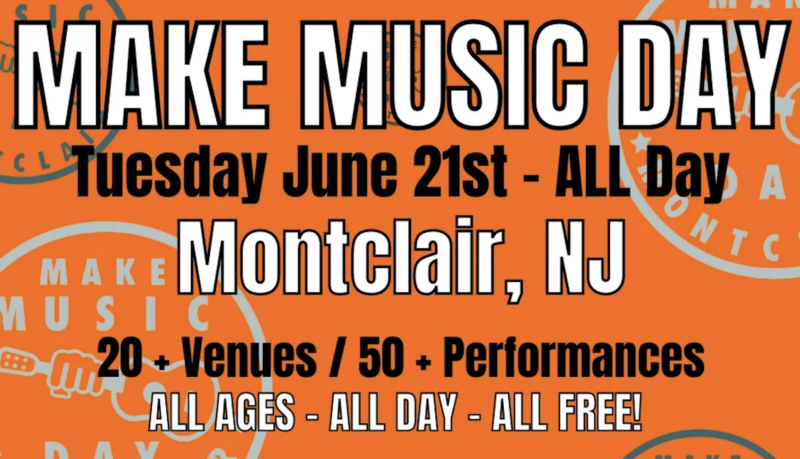 You’ll be hearing music all over Montclair today as musicians celebrate Make Music Day, joining more than 1,000 locations around the world that annually throw music celebrations on June 21.

Here are a list of artists playing in locations all over Montclair.

The first Make Music Day was back in 1982 in France. The event would take place on the summer solstice, June 21, and would be called Fête De La Musique. (In French, the name means both “festival of music” and “make music!”).

Three decades later, the Make Music Day movement has gone global and is celebrated in more than 120 countries. In the U.S., the presenting sponsor is the NAMM Foundation.