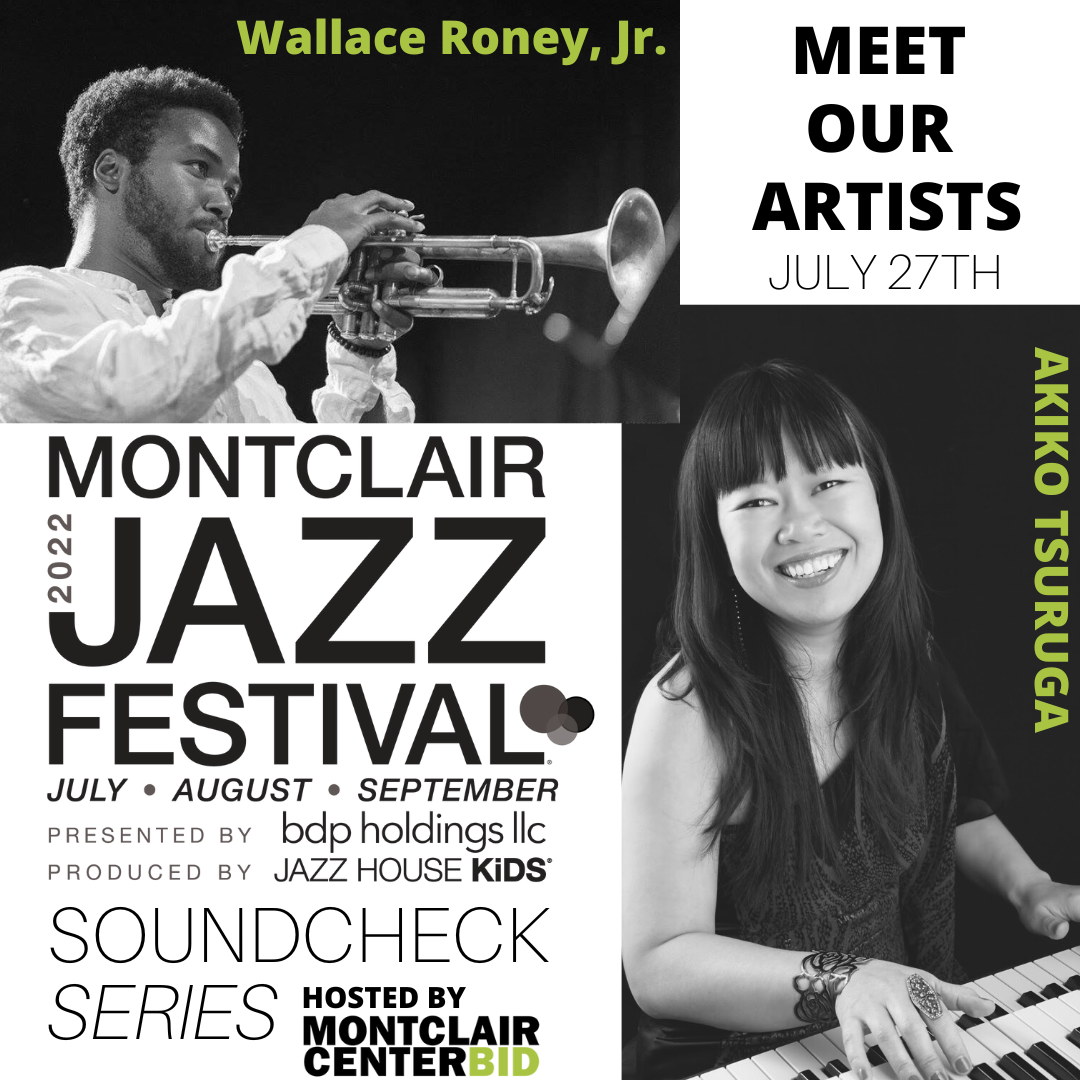 Wallace Roney, Jr.
Growing up in a household full of music, with parents, the late master trumpeter Wallace Roney, Sr. and late great pianist Geri Allen, it wasn’t long before Wallace took a serious interest in playing the trumpet. At age 10 after showing enormous interest in playing, and a willingness to study harmony, his father gifted him his very own horn. Since then, Wallace has shared the bandstand and garnered the approval of many legends which include Charles Tolliver, Lenny White, Buster Williams, Jack DeJohnette, and late greats Jimmy Heath, Chick Corea and Ornette Coleman. Wallace spent many years studying at JAZZ HOUSE KiDS, and graduated from Oberlin Conservatory. He continues to play in numerous venues and performance spaces across the U.S and internationally, and remains a sought after trumpeter in the New York/New Jersey area.

Akiko Tsuruga
Raised in Osaka, Japan, this talented musician began studying the organ at the age of three, at the famed Yamaha Music School. After discovering her passion for jazz very early on in her musical journey, Akiko launched her career immediately after graduating from the Osaka College of Music. While living and playing in Osaka, she performed with several world- renowned jazz musicians from the United States. Akiko frequently performs in a trio with drum great Jeff Hamilton and guitarist Graham Dechter. This thrilling trio has been touring around the US and Europe.

Op Ed: Withdrawing From Mutual Aid Agreement Would Be ‘Penny-Wise and Pound-Foolish’