LITTLE FALLS, NJ – On the 75th anniversary of Larry Doby breaking baseball’s color barrier in the American League, the Yogi Berra Museum & Learning Center announced that Larry Doby, Jr. has agreed to join the Museum’s Board. Doby, Jr. is the son of Hall of Fame outfielder Larry Doby, who began his professional baseball career in the Negro leagues, was the second Black player in the Major Leagues behind Jackie Robinson and the first to play in the American League, debuting with the Cleveland Indians on July 5, 1947. Larry Doby died in 2003. 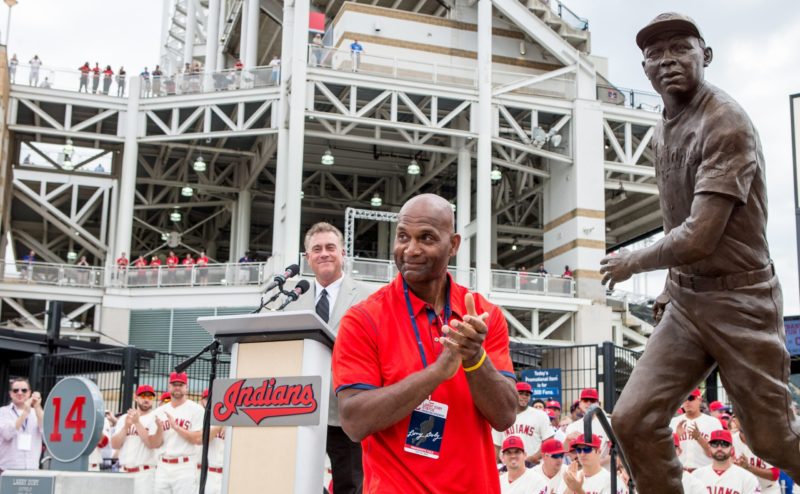 “I would like to join the group, learn and contribute to the Museum’s vision of reaching and teaching youth through sport,” Larry Doby, Jr. said. “I think it will be a great experience.”

The Museum offers a popular education field trip program about baseball’s Negro Leagues that features the story of Larry Doby, Jr.’s trailblazing father. Doby Jr. recently appeared alongside several of Berra’s family members, former teammates and celebrity fans in the feature-length documentary It Ain’t Over, which debuted at the Tribeca Film Festival this past June.

“The Dobys raised their family in Montclair and were very close to Yogi and his wife Carmen, so the connection between Larry, Jr. and Yogi’s Museum feels almost familial,” said Eve Schaenen, Executive Director of the Museum & Learning Center. “Larry Jr. shares his father’s belief in equity, diversity and giving back to the community. We’re thrilled to welcome him to the Museum’s Board.”

This summer, the Museum & Learning Center will continue its variety of exciting events and exhibitions, including the 50th-anniversary celebration of Yogi’s induction into the Baseball Hall of Fame on August 7th, as well as the current exhibition about another trail-blazing athlete, Billie Jean King: Champion. Activist. Legend. organized by the New-York Historical Society.

To learn more about the Museum, go to yogiberramuseum.org.