Montclair, NJ – If the Montclair Township council wanted to add insult to injury, they were successful Tuesday night after keep residents waiting almost three hours before allowing public comment. This comes after the council has not implemented the ability for residents to comment remotely as they did for 18 months or more when the pandemic began – even after Montclair residents formally petitioned the council to ask for this ability.

When the Town Council moved to go into executive session, there was a good sized crowd of residents who had made the trip to Claremont Avenue to speak. By the time the council emerged, that crowd had significantly dwindled. Those that remained and came up to the podium called out the decision of the council.

Some commented expressed overall disappointment with the council.

Adriana O’Toole called it a “rude evening” and said that morale in town hall is low and that there’s a lack of attention to seniors. O’Toole questioned who is running things, citing a lot of dissatisfaction in town and also asked why volunteers weren’t being utilized and why many advisory committees had been disbanded.

Eileen Birmingham called for the council to not allow Glen Ridge to pay less money for the shared services fire contract that is up for renewal.

Birmingham cited how Glen Ridge has their water system flushed for free by Montclair, and how over the years, they continue to pay less and less for services and have had debt forgiven while Montclair residents pay more. Birmingham also asked the council not to have Montclair’s Washington Field be part of this deal with Glen Ridge, stating that Montclair children shouldn’t have to have their games rescheduled or moved to a muddy field while Glen Ridge gets to use a turf field.

“Let’s not repeat what happened in 2012,” said Birmingham. She added that Montclair has been generous with this shared service agreement for 10 years and that Glen Ridge thanked the town by announcing they were going to “pit Montclair against Bloomfield” in an effort to get more for less. 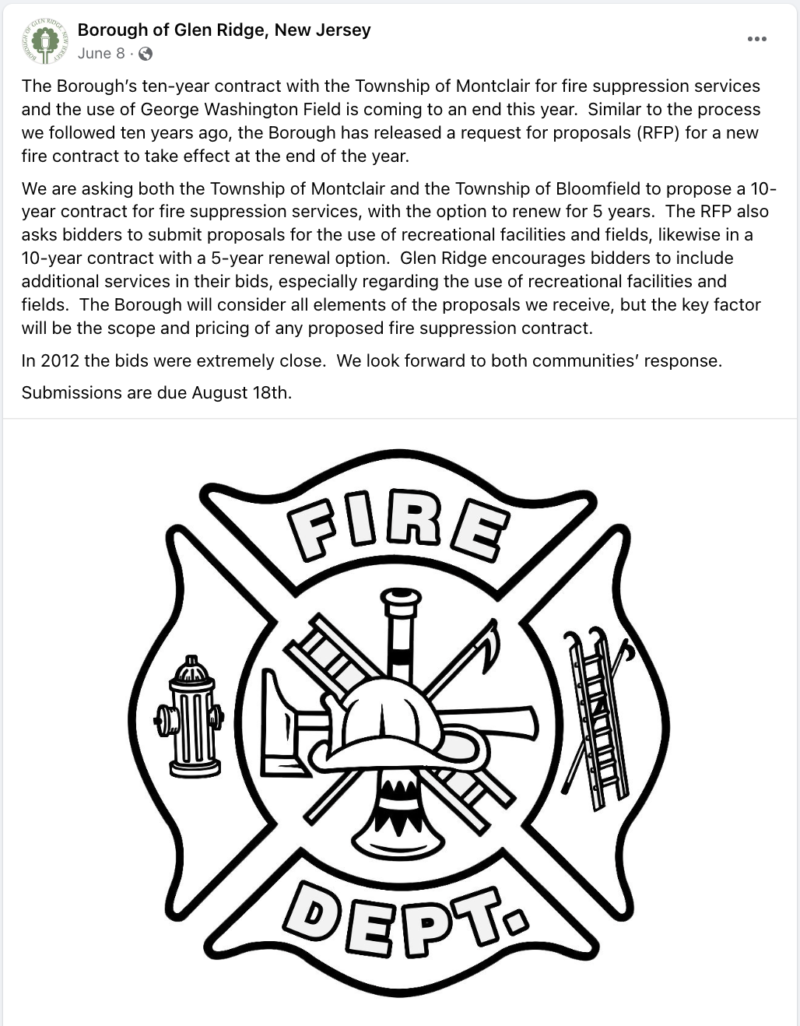 David Greenbaum raised concerns about how any construction done on south side of Bloomfield Avenue directly blocks the sun, impacting light and temperature of Bloomfield Avenue, the town’s main corridor. He brought photos that showed the darkness that Valley and Bloom created in that area, calling the building a “disaster” that effectively steals the sun. Greenbaum also called for four stories to be the maximum in the town and stepbacks should be considered at least 12 feet.

“The Bloomfield Avenue corridor, aside from the new buildings, has a low height, old tangible beauty to it,” said Bennett. “What is the good of putting up more, taller buildings. What are the benefits to residents?”

“The same way that you pass redevelopment plans, you can reduce heights to four stories,” said Martin Schwartz.

Lisanne Renner cited the many, many, many hours spent creating the Montclair master plan and said that four stories should comport with zoning. Renner cited charming downtowns in Westwood and Madison because buildings are not more than four stories.

Jason Gleason, director of Montclair BID, questioned where was the concern about Glenridge Avenue from the Planning Board and the Township when a five and a half story parking deck was allowed on Glenridge Avenue?

Noticeably absent for public comment and the meeting that followed was Councilor Bob Russo who left during executive session and did not return to the meeting.

When asked Wednesday to comment regarding his abrupt exit, Russo sent the following: 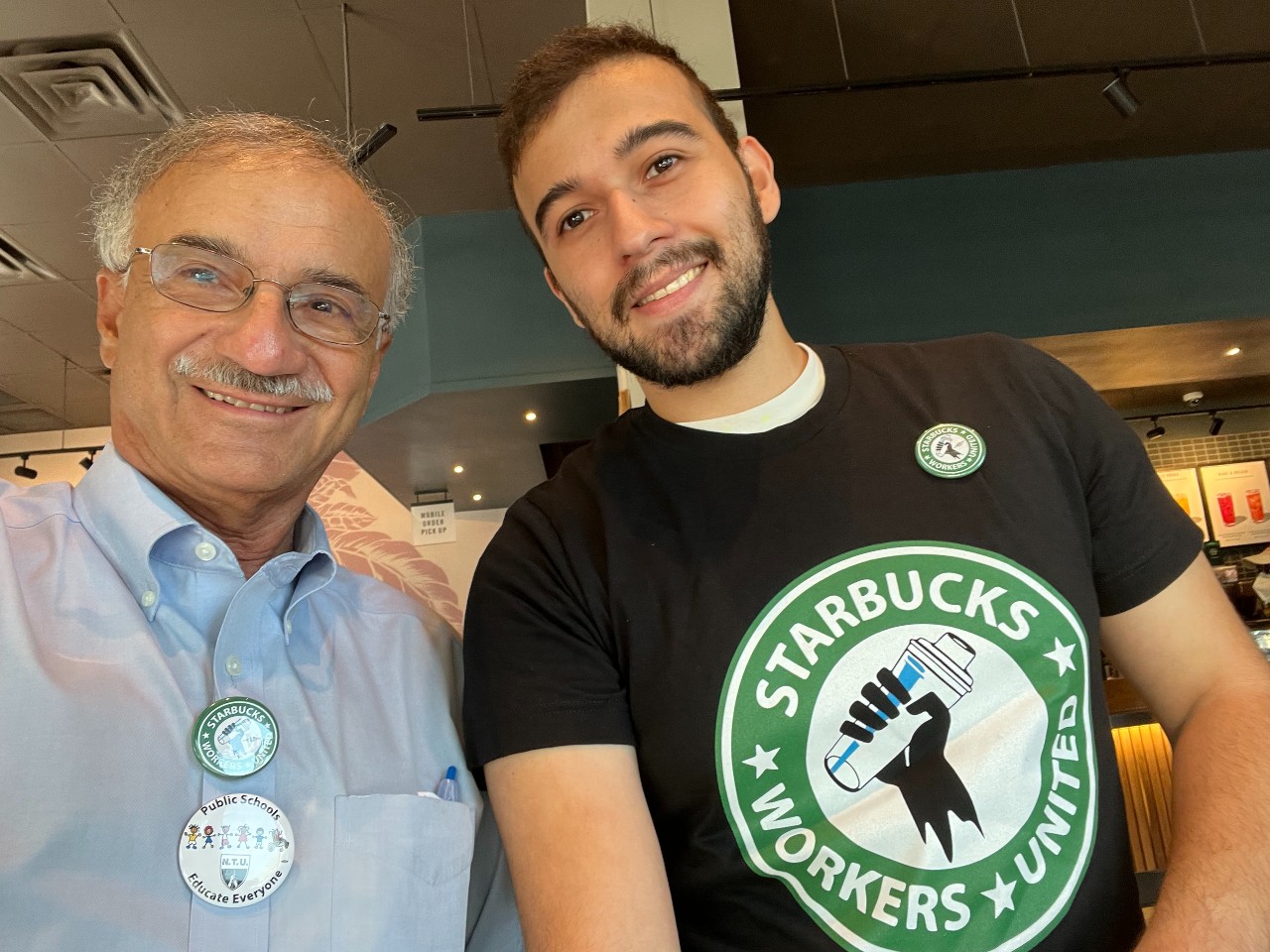 During councilors comment at the end of a very long night, Fourth Ward Councilor David Cummings apologized to anyone who had been inconvenienced due to the need to meet in executive session and said it was something that could have been handled better.

Councilor at Large Peter Yacobellis had this to say Wednesday regarding the lengthy meeting:

“I want to apologize to any member of the public who had to wait or didn’t get the chance to be heard. We had a couple of time sensitive and important matters that needed to be handled in executive session early, and it took much longer than expected to work through them. This was a rare and hopefully one-time occurrence. I think in general, in the future when we have such a packed night, I’d advocate that we start earlier. Voting on important business until nearly midnight isn’t anyone’s dream scenario. There were a lot of questions I withheld in the interest of time and I don’t think that’s ideal either. I’m appreciative of my colleagues who stayed late and did the work to see our full agenda through to the end.”