Montclair, NJ – Ascend Montclair had been open to medical marijuana patrons since February 2021, but had not been approved to open for recreational sales with other area dispensaries until today. A long battle with the Township of Montclair, that included a delay in providing the application form, a revised ordinance and a conditional use variance from the Montclair Planning Board, ended Tuesday when Montclair’s council, in a 5-1 vote, approved Ascend’s application and accepted a pre-negotiated settlement agreement.

As part of that agreement, Ascend Montclair will make voluntary contributions to the the Montclair Neighborhood Development Corporation and Montclair Community Pre-K. 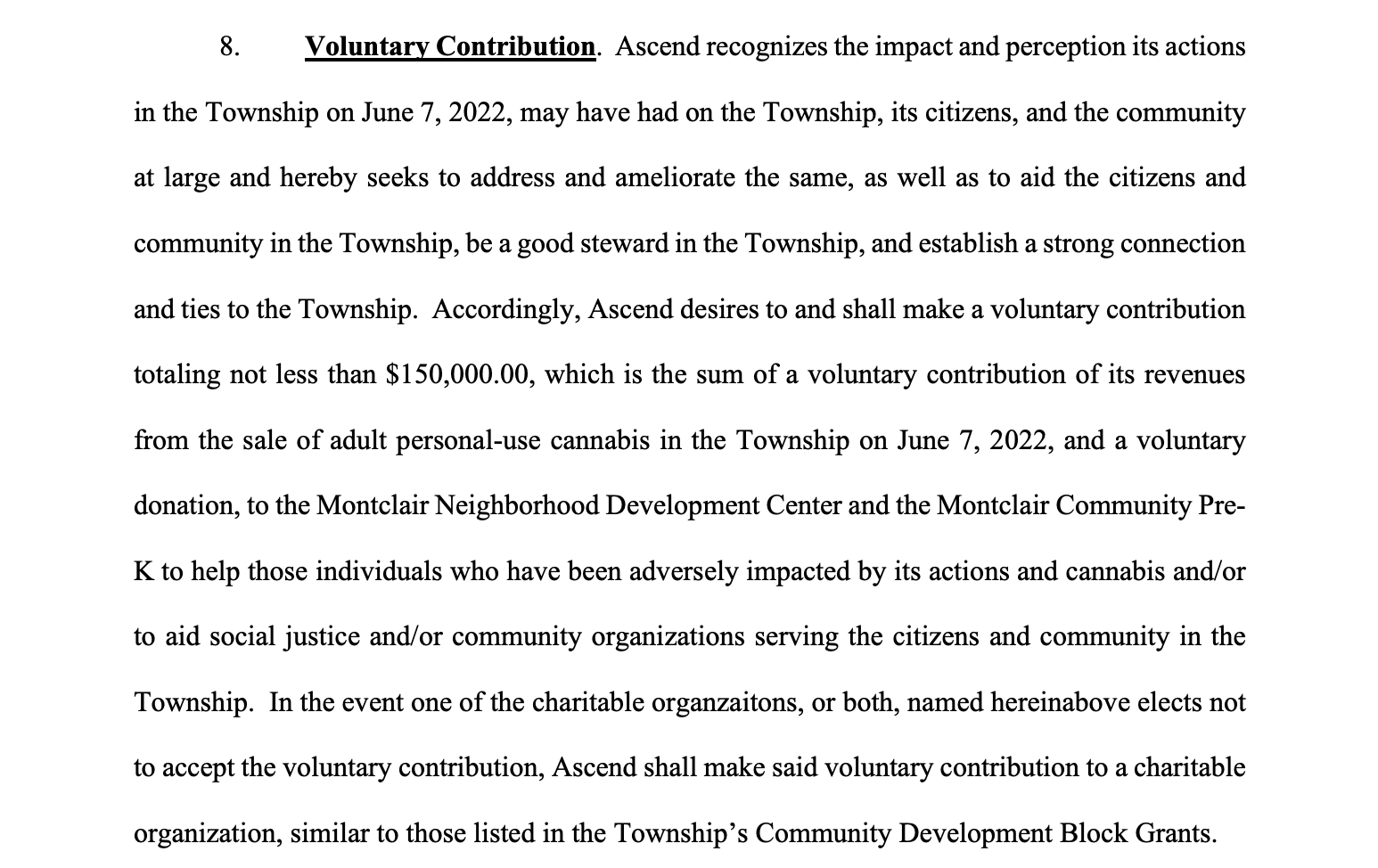 “I want to laud Ascend for their incredible generosity to the citizens of Montclair and in particular for their contributions to the Montclair Neighborhood Development Corporation and Montclair Community Pre-K. When I think about the harm that legacy marijuana laws have caused to low income communities and in particular communities of color, I want to make sure that we do everything we can to ensure those communities are the ones benefiting from revenues generated by this new marketplace,” says Councilor at Large Peter Yacobellis. “To me, there is no greater investment that government can make than in our children and especially in early childhood education, after school programs and mentorship.”